From tracking social media usage to ditching the diet, we round up the lifestyle choices and wellness buzzwords expected to be big this year 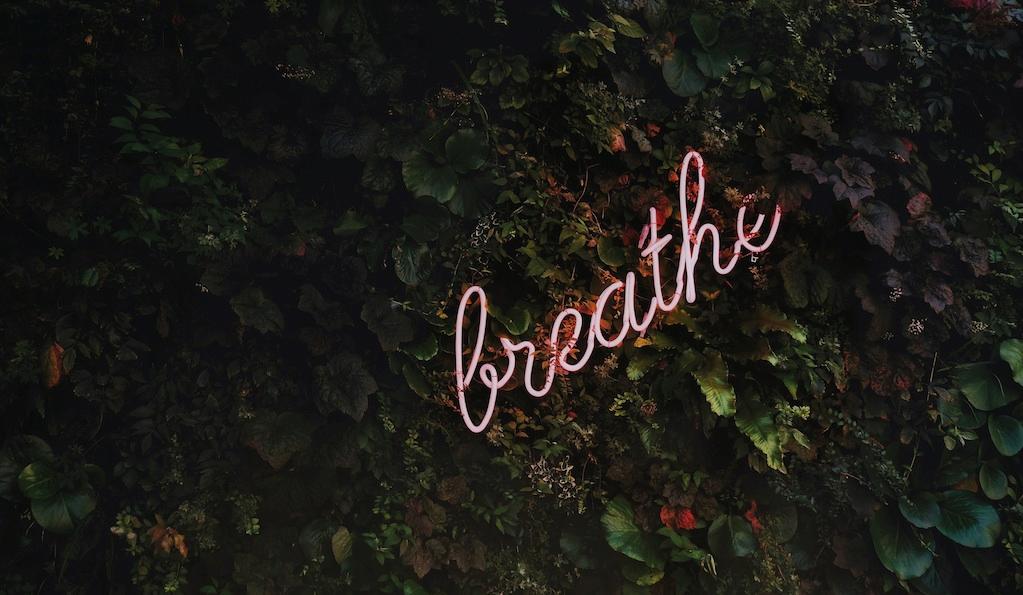 The biggest wellness trends of 2019
Last year saw the body positivity movement rise, veganism become a mainstream diet and healing crystals hit the cool list again. We began the year talking about the many ways we could embrace ‘self care’ and ended it discussing how we could reduce the additional emotional labour placed on women's shoulders.

So, what will be the wellness trends of 2019? We round up the lifestyle choices and wellbeing buzzwords expected to be big this year.

Tracking social media usage is the new ‘like’ checking 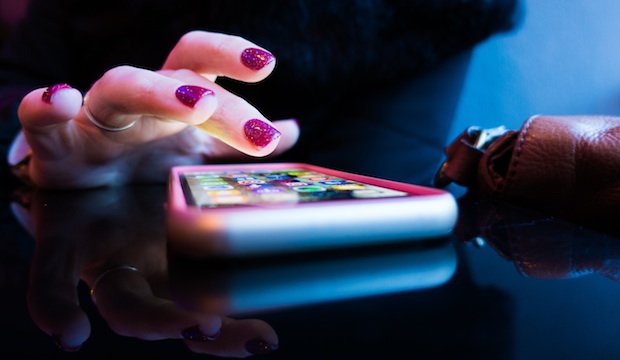 Forget comparing likes on Instagram, it’s all about showing off your decreased use of social media in 2019. Last summer, an Apple update allowed iPhone users to track how much time they were spending on each of their apps – and many people had a nasty shock when they realised just how much was spent on social media alone. With the tech to check now available across platforms and networks, social usage tracking is set to become the norm in 2019 and several apps now exist to aid people towards achieving this social media detox.

Social Fever is one such app aiming to combat smartphone addiction. The app, available on Google Play, sends users a daily report and enables them to set a time restriction for each social app, sending them an alert message when they cross it. More enjoyable, though, is the iOS app Forest, which sees a tree grow to symbolise your productivity from reduced time spent checking your phone. Forest won the awards for its offering in 2018, and is set to become more and more popular this year. 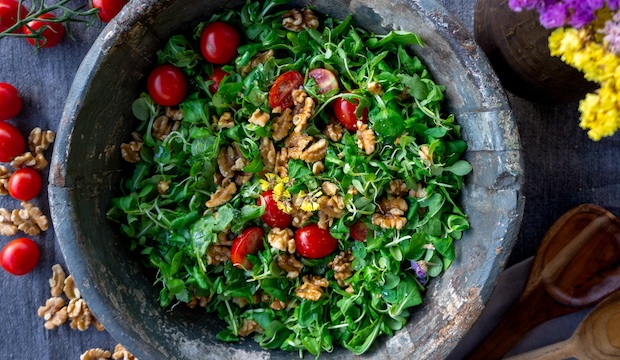 If the word ‘pegamism’ currently means nothing to you, that’s about to change. The pegan diet is a cross between veganism (animal produce-free) and the paleo diet (what cavemen would have eaten in the Paleolithic era). Followers of the pegan diet avoid dairy, grains and legumes – foods that wouldn’t have been available to cavemen, essentially – but unlike vegans, they can eat eggs, oily fish and meat. The diet stresses the importance of sustainability, with advocates of it only eating animals that were fed on grass when alive. Pinterest noted a 337 per cent rise in searches for peganism in 2018 and have included it in their predictions for the main wellness trends of 2019.

If you’re not quite ready to give up your quinoa, though, don’t panic. Vegan eateries continue to be on the rise in London, with a growing number of restaurants like The Meet in Clapham North specialising in serving plant-based equivalents of comfort food classics. 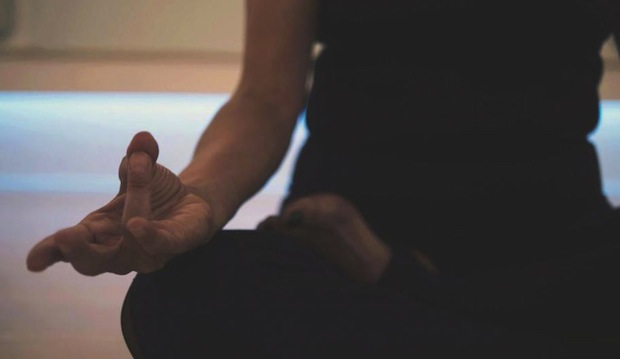 In 2018, alarm bells were raised over the dangers of ‘toxic masculinity’ (the idea that gender roles restrict the kinds of emotions men are allowed to express), and male wellness became a topic discussed with urgency. This year, the focus is shifting to corporate wellness, with an increasing number of companies looking into ways they can support their male and female staff, preventing them from burning out.

A recent study by Mindbody found that despite almost a quarter of people feeling anxious or stressed in the workplace, 78 per cent of workers say they have no access to a corporate fitness of wellness scheme. Employers are expected to take greater responsibility for this in 2019, partnering with nearby businesses – such as gyms and mental health facilities – to establish ways of offering a workplace wellness scheme. Meanwhile, if you’re among the three quarters of workers suffering from workplace stress, read our tips on how to destress at your desk. 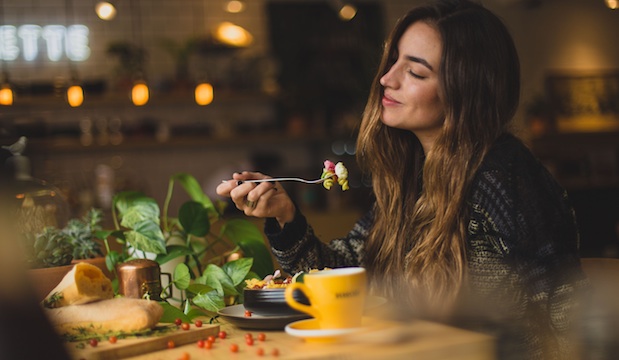 Perhaps a bi-product of the move towards body positivity seen in 2018, wellness predictions for the year suggest an anti-dieting movement is in store. This comes from an increasingly widespread acceptance that going on a diet in the short term and expecting to keep the weight off is unrealistic. What’s makes more sense is learning how to sustain a healthy diet.

A term you can expect to hear more of in 2019 is ‘intuitive eating’, the idea that you listen to what your body is telling you it needs fuelling with, rather than imposing restrictions and calorie counts on it. It’s about getting in tune with your body and learning to trust it again. Yes, this means cake, wine and burgers can be consumed from time to time, but intuitive eating is as much about knowing when your stomach is satisfied as it is feeding your hunger. The practice cautions against snacking out of boredom and tucking into artificial sweets, when your craving could be satisfied with, say, a piece of fruit.

As to ingredients, ginger water is predicted to be big this year; look out for slices of ginger in coffee shop water jugs, replacing the oh-so-2018 cucumber ribbons. Elderberries are having a moment too, with Pinterest revealing a rise of 685 per cent in searches for recipes containing the berry which is loved for its anti-inflammatory benefits and immune system-strengthening properties.

Immersive fitness studios are on the rise 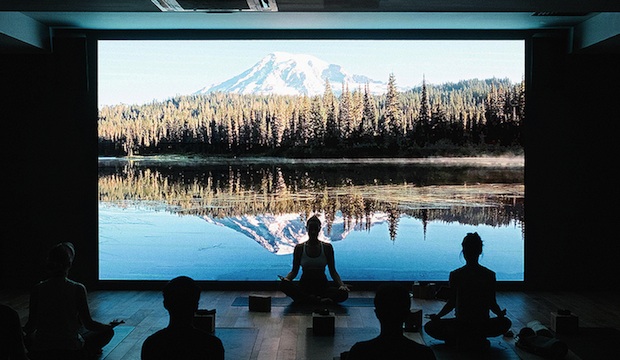 A spate of new, immersive fitness studios are popping up across London, bringing the aesthetics of nature-led retreats to London gyms. Fly LDN is one such example, at which you can take part in a Vinyasa yoga classes with vistas of lakes, mountains, and crashing swells, courtesy of the 30-foot cinematic screen and accompanying soundtrack. Meanwhile First Light Studio combines spin classes with cutting-edge sunlight simulation technology to mimic the sun’s natural rays, along with beautifully created backdrops of inspiring scenes from locations like Dubai, Africa, Ibiza, and Rio. There’s also Sweat and Sound, offering invitation-only, multi-sensory exercise classes in pop-up locations around the city, and more are expected to follow in 2019.

Family classes and rowing are in vogue 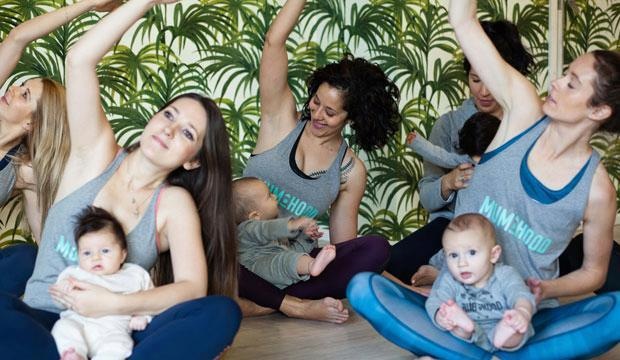 With greater awareness into the positive impacts of exercising post-pregnancy comes a spate of fun, new classes geared at mums with young children. These classes are a chance to get moving again and meet other new mums, without the worry of organising childcare. Mumhood at Frame is ahead of the game, offering classes in postnatal reformer pilates, fitness PT sessions and yoga. Latino Bambino’s mum and baby dance classes are also a fun way to get fit with your baby on your hip. Babies shake their maracas while mummies shake their hips in these upbeat dance class,

Meanwhile, move over spin class, it’s all about rowing in 2019. Last autumn, London’s first bespoke rowing studio The Engine Room opened its doors. Housed in a Grade II-listed church in Marylebone, the gym runs several 50-minute classes, designed with the help of British rower and Olympic gold medallist Matthew Tarrant. According to murmurs from the fitness world, rowing is to become even bigger in 2019, with more boutique studios like The Engine Room expected to open.

Clean sleeping is now a thing 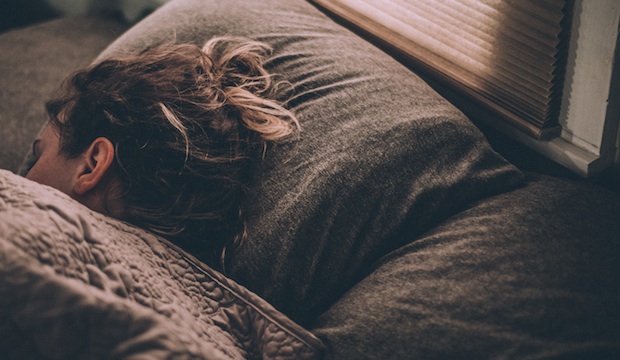 According to Google Trends, there’s been a spike in the number of people Googling how to optimise their sleep. While the negative effects of ‘blue light’ (that which is emitted from tech devices like smartphones and tablets) has been well-documented over the past couple of years, new gadgets are now being created for the very purpose of improving your sleep.

The relatively new noise-masking sleepbuds from Bose come with built-in noise-masking technology, allowing sleepers to choose from ten soothing sounds – some optimised for sound-masking and others for relaxation – to help you drift off and wake up peacefully. Meanwhile, with roughly six per cent of the UK population believed to be suffering from Seasonal Affective Disorder (SAD), the arrival of Lumie SAD alarm clocks – a form of light therapy that treats the condition – has been a welcome one. The clocks work by gradually emitting light, combatting the sudden sounds of a regular alarm clock which causes the body to release cortisol – the main stress hormone. Here's to a year of better sleep.

The crackdown on waste continues 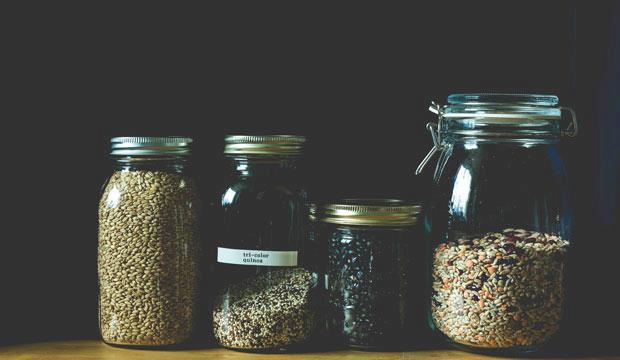 Roughly a third of food produced globally – 1.6 billion tonnes – is wasted every year. To combat this, movements like #zerowaste are encouraging both consumers and manufacturers to tackle their consumption, showing off their progress by posting about it using the hashtag. The summer of 2019 will also see the first No Planet B festival which, through talks, performances and stalls, will focus entirely on promoting sustainable and ethical living.

2018 saw several big name restaurants across the city commit to offering conscientious diners a sustainable meal out, and more are expected to go waste-free this year. Plastic-free shops are also on the rise in London, encouraging shoppers to bring their own reusable containers. 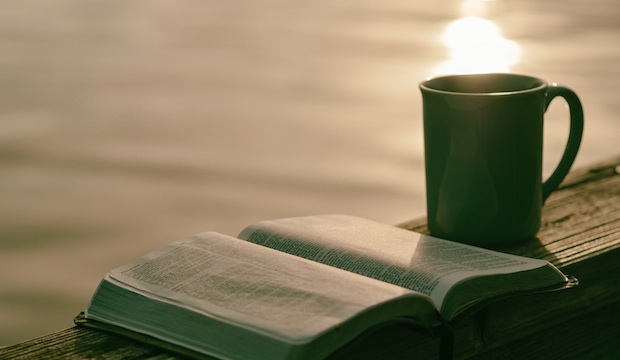 For motivation: Jog On: How Running Saved My Life by Bella Mackie (out 27 December 2018)

For ditching the diet: Gene Eating: The Science of Obesity and the Truth about Diets by Giles Yeo (out 27 December 2018)

For help with intuitive eating: The F*ck It Diet by Caroline Dooner (out March 2019)

For letting go of self-blame: Fifty Things That Aren’t My Fault: Essays From the Grown-up Years by Cathy Guisewite (out 2019)

For self-discovery: The Path Made Clear: Discovering Your Life’s Direction and Purpose by Oprah Winfrey (out 2019)