The Making of Rodin, Tate Modern

Auguste Rodin (1840-1917) is best known today for his naturalistic sculptures in bronze and marble which convey intense human emotions: love, ecstasy, agony, grief. The Kiss, The Thinker and The Age of Bronze are now among the best-loved sculptures in the world.

This new form of highly expressive sculpture broke the rules of classical idealism. ‘My liberation from academicism was via Michelangelo,’ Rodin later recalled. ‘He is the bridge by which I passed from one circle to another.’

At first, Rodin’s radical approach to the medium attracted controversy. When he exhibited his first major work, The Age of Bronze (a life-size sculpture of a male nude), at the 1877 Paris Salon, it was deemed too lifelike to be authentic. Rodin proved the accusers wrong, however, and three years later the work was purchased by the French state. The scandal marked a turning point in the artist’s career: commissions and collectors soon followed.

Unusually, Rodin was involved with every stage of a sculpture’s life. Before casting the final work, he would model it in the studio. His surviving pieces made from clay and plaster arguably reveal that Rodin’s greatest skill was as a modeller. In these pliable materials, Rodin captured movement, light and volume, and experimented with fragmentation, assemblage and repetition. He also explored unusual groupings and poses – notably the human form in action – before translating them in bronze.

Today, Rodin’s stockpile of surviving plaster body parts and models is the closest we get to the artist’s radical thinking. This is the starting point for a new Tate Modern Rodin exhibition which looks at the artist’s creative process and the crucial role of plaster in his practice. 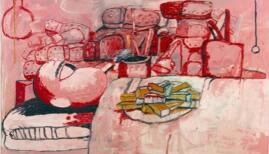 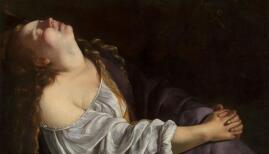