David Gwinnutt: Before We Were Men, National Portrait Gallery

But something was stirring. In seedy Soho and Covent Garden, a group of misfits, club kids and party animals came together to create a scene that was all their own. Clubs such as Blitz became headquarters for a group of innovative and ambitious artists, film-makers, musicians, designers and performers. Art students by day, fabulous poseurs by night: the girls looked like boys, the boys looked like girls, everyone looked like angels.

Photographer David Gwinnutt documented this giddy scene. Now, a National Portrait Gallery exhibition brings together his electric images. David Gwinnutt: Before We Were Men, is a collection of black-and-white photographs taken using a hand-held camera and only natural light. Though his work is rooted in the club scene, Gwinnutt chose to photograph his sitters in their own homes, which were often squats or rented council accommodation.

The images feel unguarded and spontaneous, offering a glimpse into the private worlds of these rising stars who lived, worked and played together. They are deliciously subversive social documents, featuring portraits of Leigh Bowery, Boy George, Derek Jarman and Gilbert & George, many of which have not been previously exhibited. 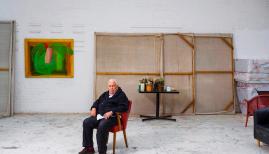 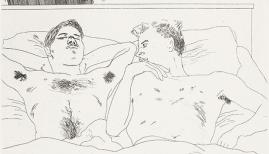