2 CW readers are interested
Pangaea II, Saatchi Gallery Pangaea II, Saatchi Gallery Ali Godwin
Pangaea II Saatchi review ★★★★★
When the Saatchi Gallery, Duke of York Square, welcomed its exhibition of emerging African and Latin American art, Pangaea I last year, it was met with predictable nods from the contemporary art community. Everything art dealer Charles Saatchi touches turns to gold.
Now it's time for a second instalment, Pangea II. Gone are the enormous crawling ants and instead, round two of the Pangaea spectacle begins with Jean-François Boclé's 97,000 blue plastic bags.
Everything Must Go! (2014) kicks off the Saatchi Pangaea II exhibition with an entertaining punch. Martinique-born Boclé left the Caribbean at 15 and moved to Paris, but his work is crucially influenced by island life and this enormous installation references the idea of everyday commodity and the exchange of slaves as merchandise. Curiously, the sea of plastic bags will deflate over time and extras will have to be added. 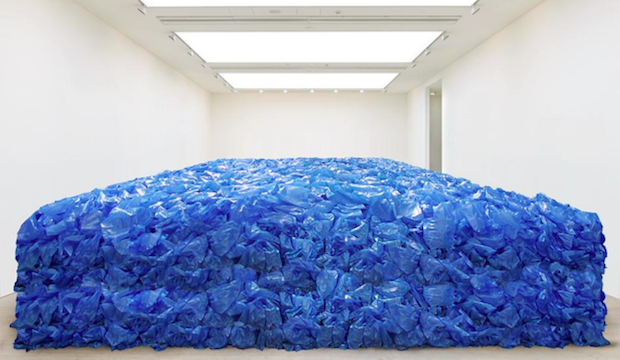 Jean-François Boclé, Everything Must Go, 2014, Image courtesy of the Saatchi Gallery, London

Pangaea: Saatchi Gallery exhibition - why now?
While many of the artists offer some striking narratives about modern African and Latin American life, we have to wonder why a follow up to the Saatchi gallery Pangaea show is really necessary. For those that missed the Saatchi gallery exhibition 2014, Pangaea refers to the supercontinent from the Palaeozoic Era, which broke apart 200 million years ago to form the African and Latin American continents. Of course, Latin American and African art are both hot right now on the global art market, something that modern and contemporary Latin American art fair, PINTA, and the 1:54 Contemporary African Art Fair have embraced. But joining these two culturally remote continents is still tenuous, and grounded on the loose connection of colonialism. It's probably best exemplified by the frustrated explanation of Mexican painter Alida Cervantes at the press view of the exhibition to an African artist, that Latin America is definitely not the same as South America.
Pangaea exhibition, London
Writer of the exhibition catalogue, Osei Bonsu explains that the show, "accesses a personal universe that has nothing to do with geography and much more to do with imagination". It's true that the 18 artists included in the west London exhibition come from completely different places, but they find common ground in their response to the rapid social, political and economic transformations of their homelands. While Saatchi's decision to put on this show for a second time is still a little baffling, Pangaea II does present work by some exciting emerging talents, and highlights contemporary art from Africa and Latin America - something that has been long overdue.
Saatchi Gallery, London highlights
The exhibition includes some of the same names you might have seen at Pangaea I, including Aboudia, Ibrahim Mahama and Boris Nzebo. Ghanaian artist Ibrahim Mahama presents a collaborative project of old garments and textiles, which he collected from market sellers. You’ll also find works by female artists like Mexican sculptor Pia Camil, and Zimbabwean multi-disciplinary artist Virginia Chihota. 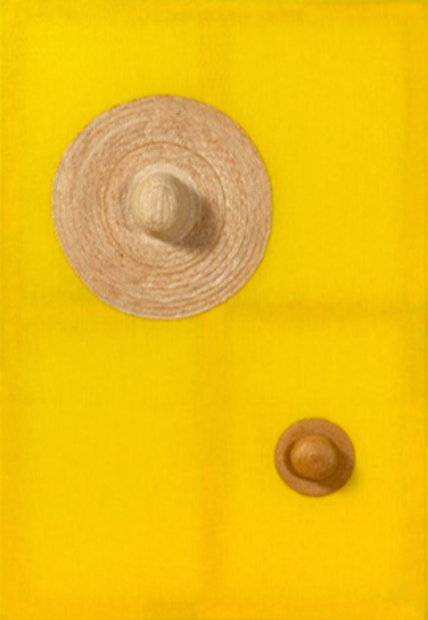 There are some striking painters in the show to discover, including Cervantes's strange and violent images of black Africans in Mexican history, and Eduardo Berliner's machete wielding figures. A highlight must be Dawit Abebe's turned bodies and their painterly backs, reminiscent of Picasso nudes. Armand Boua captures the sometimes forgotten joy of children in Abidjan, Ivory Coast, in enormous works on cardboard. Revelling in their happiness playing football together, Boua challenges the singular narrative of atrocity in these young people's lives.
Be sure to also pay close attention to pieces by Jorge Mayet. This Cuban-born artist creates photorealistic sculptures of uprooted trees, which engage with the value of even the most hidden elements in the world. If you take a step closer, you’ll see that they are in fact exquisite installations of electrical wire, paper, acrylics and fabric.
There are also some less convincing moments, including Columbian artist Alexandre da Cunha's straw hats placed onto canvas, which look like strange erect nipples. But even these are still entertaining. This Saatchi Gallery current exhibition does greet you with the bright colours and vibrant culture that you would expect from Latin America and Africa, and breaks down some interesting misconceptions you might have. For one thing Osei Bonsu explains that African art is traditionally made outdoors in public spaces and that the found materials often incorporated are purposeful choices and not a last option.
Saatchi Gallery, Kings Road does what it does best in breaking down boundaries and showing us the innovation of artists from Latin America and Africa. But if Pangaea II is all about the dialogue between two continents, something has evidently been lost in translation.