See the magical kingdoms of Walt Disney beside the beautiful French Rococo art and design that inspired it.

The whole idea of a Disney movie is to escape into a fantastical realm, but much of Disney’s inspiration is rooted in the reality of French art, architecture and design from the Rococo period in the 18th century.

The Wallace Collection has brought the two together and the similarities are so obvious visitors will wonder how they’ve never spotted it before. A still of an opulent interior from the animated feature Cinderella could easily pass for one of the galleries in The Wallace’s permanent collection.

Walt Disney travelled across Europe after World War I, including a trip to Versailles and it’s clear that the Hall of Mirrors was an inspiration for the ballroom where Belle and The Beast share a dance.

The newly restored painting by Fragonard’s girl on a swing is part of the show and there’s a great tie-in here as Disney has been trying to include it into one of its movies as it was originally going to be the opening scene of Beauty and the Beast and was going to appear in Tangled but both scenes were scrapped – with the famous painting finally showing up in Frozen.

While the exhibition is about Walt Disney animation, the focus is primarily on Cinderella and Beauty in the Beast so we get to see sketches for how Cinderella would transform from her rags to a beautiful ball gown and various concept sketches for the castle that the Beast resides in, plus one where the Beast was originally imagined as a mandrill - a strange idea and Disney made the right call not to embrace that design.

The Disney elements are interesting but it’s the decorative items that are the real scene stealers, a collection of four ornate vessels that were designed to hold pot pourri and resemble mini castle towers contain cleverly placed gaps within the roof tiles so that the scent may diffuse out into the room.

There are plenty of other stunning items on display as gold embellished clocks and candle holders on the ends of elephant trunks are so fantastical, they could fit right into a Disney movie. The artists involved in creating Beauty and the Beast were based nearby in a studio on Goodge Street and it’s clear for any visitor to see they would have found plenty of inspiration from the objects at The Wallace Collection.

Disney’s Magic Kingdom may be the most magical place on Earth, but right now this exhibition has an equally valid claim to that title. 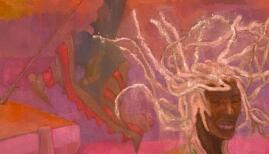 The best new exhibitions in London this month: July 2022 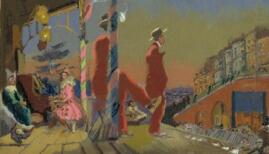 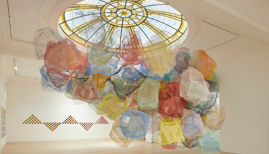