The Procession, Tate Britain's latest installation by Hew Locke, is powerful and unsettling

Is it a protest, a procession or people migrating? It’s quite possibly a mixture of all of them in an installation by Hew Locke that has filled the Duveen galleries in a vibrant and political procession.

Each figure is handmade and individual, so it’s a voyage of discovery as I navigate the crowds to spot a man bedecked in colourful ribbons as if he’s a bird who at first seems to be a joyous figure - though the coin embedded in his head appears to be rather more sinister.

Locke has captured the feel of the colourful costumes of Carnival while at the same time including share certificates on banners which remind me of how global commerce has brought everyone closer together - though you’ll have to decide for yourself whether that’s a good or a bad thing.

Child mannequins are always creepy at the best of times, even worse when I spot one with a horned mask and a sword in hand. It’s figures like these that make me wonder what his story is, and it’s this purposeful ambiguity that makes the work intriguing. Locke has included sufficient references in his work so we can engage with it, but left enough out so we can create our own narratives for each figure. 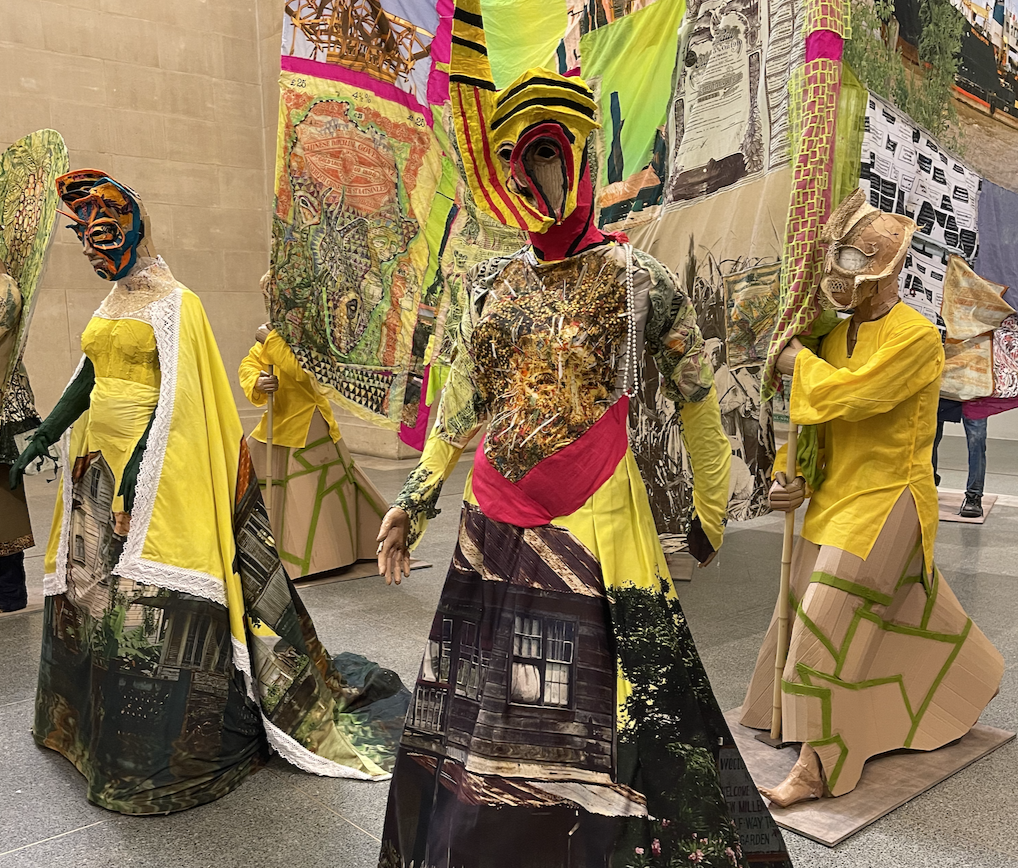 There are clear nods to the horrors of colonialism and the figures carrying possessions will remind most of the forced migration of those fleeing war zones including Syria and the ongoing conflict in Ukraine. Locke has injected plenty of colour and exuberance into his display as he doesn’t want it to be all doom and gloom as he had to create a lot of these in the difficult time of lockdown, and there’s definitely a sense of community that seems to come from these diverse figures marching together.

It makes me want to join in with the procession even if I’m not entirely sure what it stands for or where it’s headed, and doesn’t that just sum up the world and the time we’re living through right now. 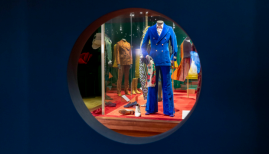 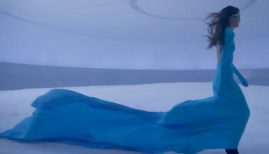 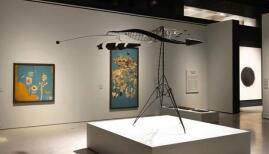