Postwar Modern Exhibition, Barbican Gallery review 4 Postwar Modern Exhibition, Barbican Gallery review Teresa Guerreiro
Postwar Modern: New Art in Britain 1945-65, to give it its full title, brings together the works of 48 artists which, it proposes, show British artists trying to make sense of the radically altered world around them, a world shaped by the suffering and devastation caused by the Second World War and the socio-political upheavals of the 20 years that followed its end.

It’s a massive exhibition, its narrative divided into 14 sections, though, of course, not all artists fit neatly into just one section. Take the prolific Eduardo Paolozzi: his work recurs, from section 1, dedicated to ‘The Body and Cosmos’, which contains his Three Monochrome Heads, through ‘Post Atomic Garden’, where Contemplative Object, a 1951 sculpture and relief begs your own interpretation, to ‘Intimacy and Aura’ and ‘Choreography of the Streets’, both of which contain his arresting collages.

In each of the sections the eye is immediately drawn to one piece that seems to encapsulate its full meaning. So, in ‘Body and Cosmos’ the one work that immediately speaks to you is John Latham’s monumental Full Stop (1961) a fuzzy black circle in the centre of a wide canvas, that could be a black hole, a solar eclipse, or the absolute end of something. 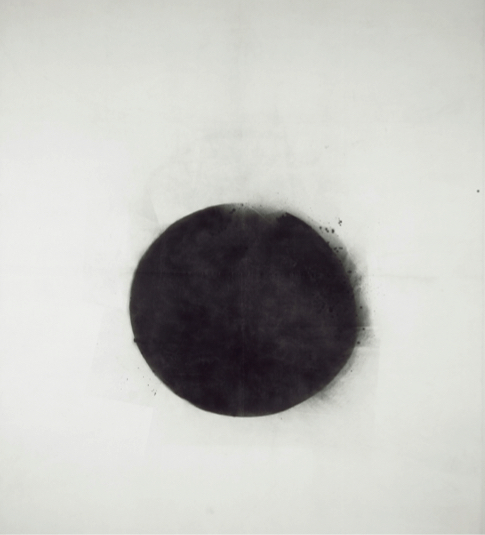 Moving on to ‘Post-Atomic Garden’ you are immediately reminded that the 20 years that followed the first, and so far only, use of nuclear weapons, saw the burgeoning Cold War with its all-pervading sense of nuclear menace.

Here the one piece that calls loudly to you is Lynn Chadwick’s sinister, yet strangely beautiful iron and copper sculpture, The Fisheater (pictured top). It rises from a plinth in the middle of the room, shaped like the airy skeleton of a bird, threatening yet vulnerable. I found it difficult to tear myself away from it.

It was also a period where human relationships were re-evaluated. While the home became a symbol of stability, ‘Jean and John’, the section dedicated to the married artists Jean Cooke and John Bratby, vividly illustrates the violence so often hidden by the ideal. Cooke’s paintings portray herself as vulnerable, fearful and distrustful – in short, a battered wife.

Elsewhere in ’Cruise’ paintings by Francis Bacon and David Hockney are encoded depictions of then still illegal homosexual life, or as the young Hockney himself put it, ‘they were partly propaganda of…homosexuality. I felt it should be done.’

In other sections there is contrasting light and serenity, for example, in ‘Concrete’, where artists such Mary Martin, Adrian Heath and Victor Passmore went back to basic lines and geometric shapes, to create abstract, or 'Constructivist', works of contagious serenity, with Passmore’s large Red Abstract No. 5 (1960) particularly enticing. 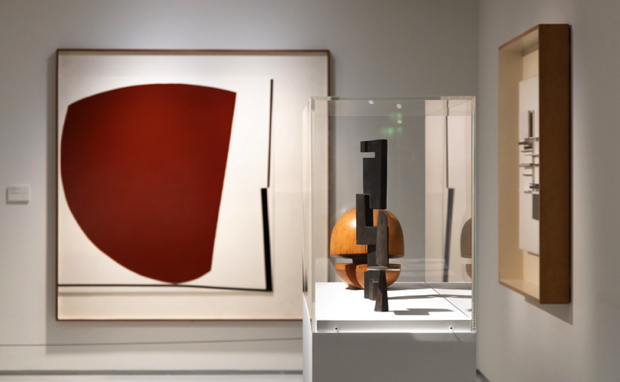 Photography, where it registered stubborn life springing up amid the rubble, is also an integral part of this exhibition, with Roger Mayne’s black-and-white images and Shirley Baker’s pioneering colour prints particularly telling. 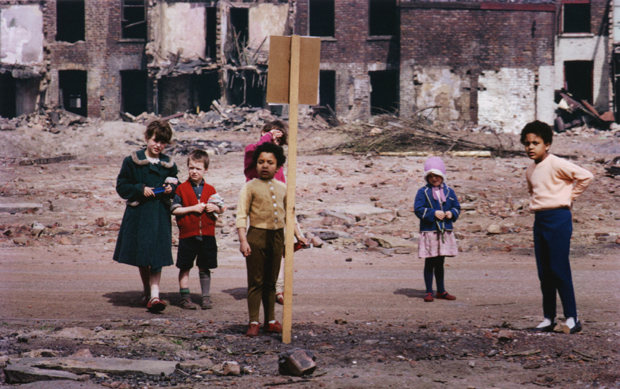 If you go to Postwar Modern, and we recommend you do, give yourself plenty of time to enjoy the works on display and ponder their import at a time when war in Europe again raises its ugly head.