3 CW readers are interested
Francis Bacon: Man and Beast, Royal Academy 5 Francis Bacon: Man and Beast, Royal Academy Holly CW
In 1991 Francis Bacon painted a haunting study of a bull. The beast in the picture emerges from the darkness as if about to charge into heavenly white light, only the dark void behind holds him back. It serves as a poignant reflection on life’s transience and is Bacon’s final work. Not long after finishing it, the artist passed away, aged 82.

Held in a private collection, the two-metre-high canvas only became known in 2016. It is exhibited for the first time in the UK in this major Royal Academy exhibition that brings a new perspective on the artist’s work through his fascination with animals.

Born in Dublin in 1909, Bacon would become one of the most important and darkest artists of the twentieth century. He is perhaps best known today for his visceral, raw imagery of psychological and physical brutality and his volatile friendship with Lucian Freud.

What is less known is that Bacon was brought up on a farm in Kildare in Ireland and developed from an early age an obsessive interest in animals. He grew convinced that he could analyse and reveal the true nature of mankind by watching animals behave, from the way they mate to the way they die.

‘Bacon’s man frequently comes across as barely human while, disquietingly, his ‘beasts’ come to resemble humans in our most extreme, unguarded moment’ writes co-curator and Bacon’s great friend, writer Michael Peppiatt in the exhibition introduction.

The journey across the Royal Academy rooms is unsettling. The physical power emanating from the paintings is at time almost unbearable.

In the first rooms, studies of early biomorphic creatures echo human depictions of the same period. The contortion of a leeched dog (Man with Dog) is placed next to a crouching humiliated naked lover (Study for Portrait). The harrowing face of a caged chimpanzee (Head IV, Man with a Monkey) bears parallel to a study of Velasquez Portrait of Pope Innocent X (Head VI).

The beast within the man emerges. Staying away from any form of storytelling, Bacon wants ‘to unlock the valve of feeling’ first. Humans bodies are depicted wrestling, screaming, sprawling, being humiliated or making love. The depiction of George Dyer, Bacon’s love and muse crouching, his face totally distorted, pushes the notion of moving to the extreme.

At the core of the exhibition, the colourful trio of paintings of the corrida (bullfights) almost comes as a respite. ‘Bullfighting is like boxing, a marvellous apéritif to sex’ Bacon is quoted. A celebration of movement, confrontation and desire, the trio highlights the fine lines between violence and eroticism — but also life and death. 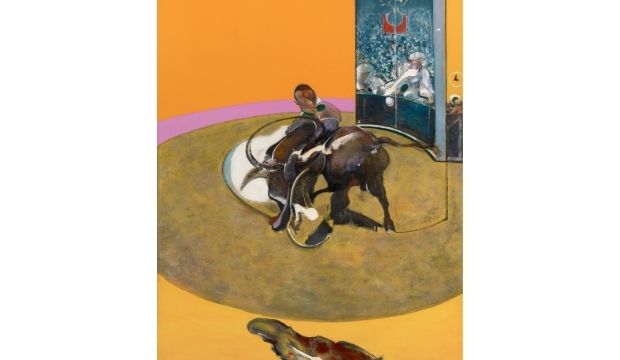 What happens after the bullfight, once the fury and the excitement are gone emerges in the final room and in Bacon’s final painting. It is in the inexorable pain of a wounded human body or the certainty of the bull’s death.

‘Artists know they can’t defeat death, but I think most artists are aware of their annihilation — it follows them around like their shadow’.

This exhibition is a mesmeric insight into the mind of a 20th-century artistic genius. 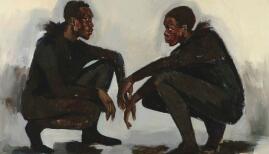 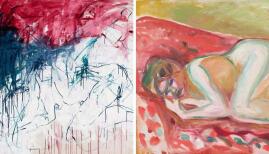 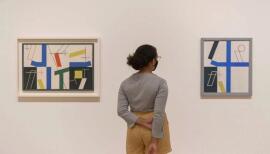