In this long overdue retrospective, the monumental power of the Scythian warriors will come to life once more

TRY CULTURE WHISPER
Receive free tickets & insider tips to unlock the best of London — direct to your inbox
That is until now. This autumn, The British Museum presents Scythians: warriors of ancient Siberia. In this major exhibition, the history of the Scythians – a nomadic people flourishing between 900 and 200 BC – has finally been revived.

Buried deep into the frozen Altai mountainside in southern Siberia, Scythian tombs continue to be discovered by modern archaeological digs. Astonishingly well preserved in the permafrost, Scythian clothes and fabrics, food and weapons, spectacular gold jewellery – even mummified warriors and horses – illustrate the history and culture of this lost civilisation. 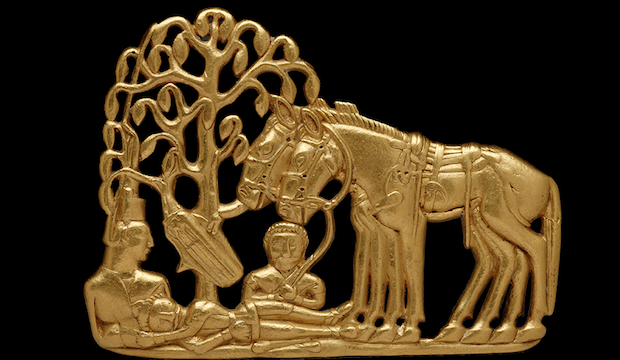 The exhibition opens with a display of golden artefacts discovered during the reign of Peter the Great, Tsar of Russia in the 1720s; and it becomes immediately apparent why the Scythians have captured imaginations throughout history. Arranged in glass cases are sparkling treasures and domestic objects that show the nomadic tribe's skill for craftsmanship.

Through the 200 objects on display, ranging from bronze mirrors to chunks of braid, we learn that the Scythians were vain and that their taste for decoration extended to their own bodies. Both men and women were heavily tattooed, and one of the highlights of the exhibition is a piece of tattooed skin with animal designs dating back to the early 3rd century BC.

The exhibition moves from showing the individuality of the tribe members to showcasing the strength of the tribe as a whole. Thanks to superior weapons and horsepower, the tribe was feared by every empire from southern Russia to China. Before the Huns or the Mongols, the Scythians developed powerful bows, axes, and bridles that made them fearsome warriors. 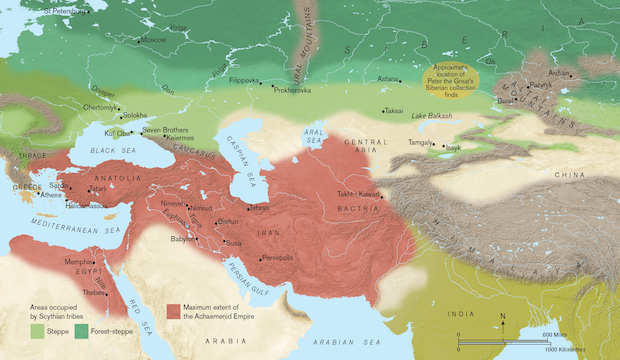 A map of Eurasia showing the extent of the Achaemenid empire (in red) and the Eurasian steppe and mixed woodland largely occupied by the Scythians (in Green). Map produced by Paul Goodhead.

The Scythians never developed a written language. Their exploits, however, were chronicled by the their contemporaries, most notably by the Greek historian Herodotus. These accounts show how the formidable warriors were feared and respected across empires before they were driven from the plains by other nomadic, horse-riding tribes around 3rd century BC.

The true magic of the exhibition can’t be found in the glow of the spectacular gold jewellery, but rather the intimacy with which we can view domestic artifacts – combs, fingernails, a decorated women’s shoe – that offer a glimpse into the tribes' lost way of life.

Scythians: Warriors of Ancient Siberia is an insightful exhumation of a lost people and a once in a lifetime display on at the British Museum. 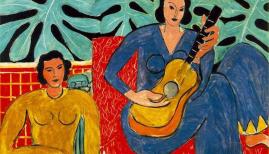 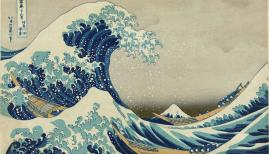 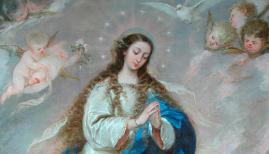