Astérix in London: The life and work of René Goscinny at the Jewish Museum

Find out what inspired René Goscinny to create the Astérix cartoons, one of the most popular comic series of all time

Goscinny was born in Paris in 1926 to Eastern European Jewish immigrant parents. His childhood was spent in Argentina, growing up as a French expat child, before he moved to New York in 1945, already with ambitions to make it as a cartoonist.

René Goscinny’s story, from a childhood in Argentina to a glittering career that began in New York and flourished in Europe, is brought to life through rare original scripts, storyboards, photographs, films, games, sketches and more at the Jewish Museum in London.

The exhibition curator Joanne Rosenthal told the Guardian: “Not many people know about Goscinny’s Jewish heritage and it is a very interesting story...we wanted to tell it.” Goscinny never saw success in the US. On display is a copy of a letter he sent in 1948 to the New Yorker magazine, complaining that he had still not heard anything after submitting five cartoons.

The series was first published in the French-Belgian comics magazine Pilote in 1959, where it soon became hugely popular. Today, the Asterix books have sold 500m copies worldwide. They’ve been translated into 150 languages and adapted into 100 films. 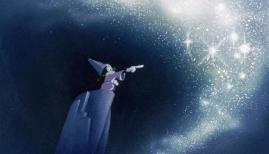