From the interdimensional return of Stranger Things to Rebel Wilson being a 37-year-old high-school student in Senior Year, Netflix in May provides a pulpy selection 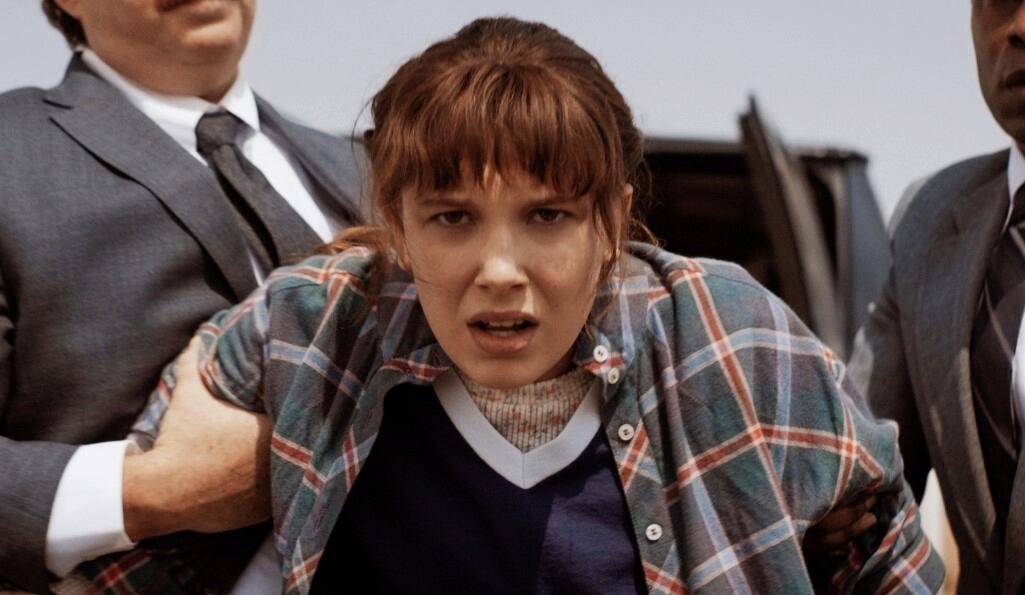 The wonderful and terrifying horror/sci-fi series returns! The lovely Hawkins fellowship has broken following the Battle of Starcourt Mall, scattering our heroes. Eleven (Millie Bobby Brown), Jonathan (Charlie Heaton), Will (Noah Schnapp) and Joyce (Winona Ryder) have moved to sunny California, leaving the rest of the gang in Hawkins. And then there's Hopper (David Harbour), who's presumed dead but has somehow teleported to a frosty Russian prison.

The fourth season takes place six months after the events of Stranger Things 3, showing these teenagers struggling to adjust to their new situation. As well as enduring the trials of high school, a new threat rears its ugly head – one resembling the Mind Flayer, but in a more humanoid form.

It’s been a while since we’ve seen Mike Myers go full Mike Myers, his last all-encompassing project being The Love Guru from 2008. Now, he’s back in his classic niche: performing several characters at once in a bizarre comedy.

For The Pentaverate, Myers transfers from film to TV. This six-part series follows an Illuminati-style secret society that has been influencing world events since the Black Plague of 1347. Canadian journalist Ken Scarborough, one of eight roles played by Myers, aims to uncover the truth about this ‘Pentaverate’ and save the world. Also stars Jeremy Irons, Jennifer Saunders, Lydia West and Keegan-Michael Key.

As high-school movies evolve, they also get crazier – and the plot for Senior Year is about as crazy as they come.

Rebel Wilson stars as former cheer captain Steph, who fell off a pyramid and was comatose for 20 years. She wakes up in this whole new world, in which most of her formative moments never happened. Despite now being 37 years old, she wants to return to high school and become the prom queen she’d always wanted to be. What could possibly go wrong? Alicia Silverstone also stars.

Less than a month after David E Kelley provided Netflix with Anatomy of a Scandal, he returns to create and exec-produce the new courtroom drama The Lincoln Lawyer.

Developed by The Good Wife writer Ted Humphrey, the series is based on the bestselling novels by Michael Connelly. It follows the low-status defence attorney Mickey Haller (Manuel Garcia-Rulfo), who uses his car as an office and drives to courtrooms across Los Angeles for cases big and small. But when he inherits the caseload of a recently murdered lawyer, Mickey’s career suddenly improves.

In the 10 years between the French buddy-cop film On the Other Side of the Tracks and its upcoming sequel The Takedown, Omar Sy’s fame has advanced considerably. Following the global success of Lupin, Sy is best known for playing the modern gentleman thief heisting through Paris.

But here, Sy is playing a cop from the projects – paired with a more well-to-do detective. Ousmane (Sy) and François (Laurent Lafitte) are back for another adventure: this time for a seemingly simple drug deal that turns into an epic criminal case.

The full Netflix in May slate:

Thursday 5 May
Clark
The Pentaverate

Wednesday 11 May
42 Days of Darkness
Our Father

Monday 16 May
Vampire in the Garden

Tuesday 17 May
The Future Diary, season 2

Thursday 19 May
A Perfect Pairing
The Photographer: Murder in Pinamar

Wednesday 25 May
Somebody Feed Phil, season 5