From the new series adaptation of Neil Gaiman's The Sandman to Christopher Nolan's cult classic Memento starring Guy Pearce, Netflix in August has plenty to darken your imagination 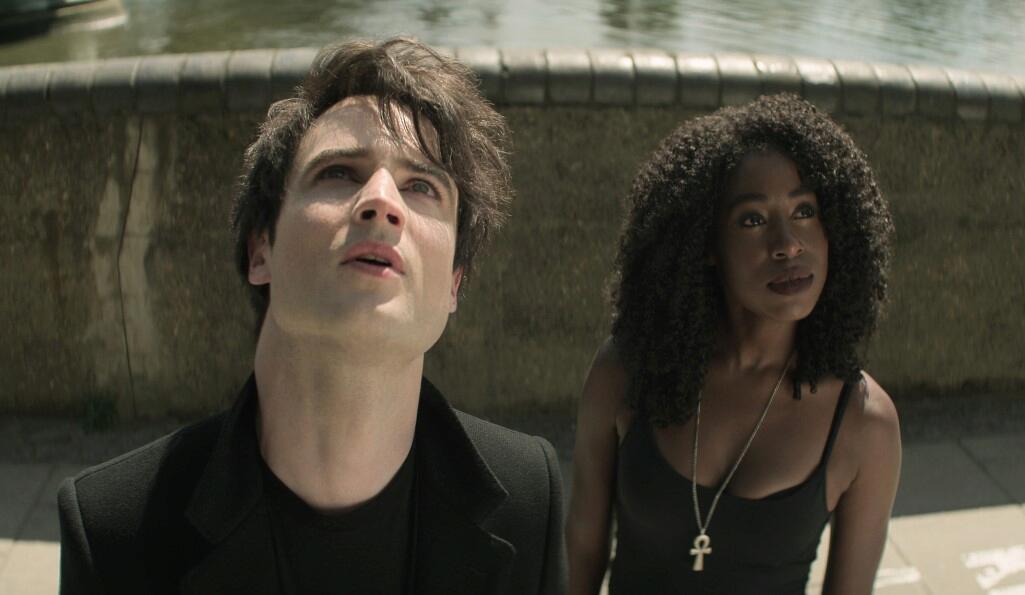 Prior to writing novels, the fantasy author Neil Gaiman (Good Omens) was enjoyably embedded in comic books – working for both Marvel and DC. Under DC, he wrote the Sandman comics: crafting a deep, dark mythology set in the world of dreams. Gaiman has historically prevented attempts to adapt the series. Until now.

Said Sandman, known as Dream (Tom Sturridge), is responsible for shaping the fears and fantasies of the sleeping population. But after being imprisoned for 100 years, dreaming and waking worlds have fallen into chaos. When he finds a way out, he travels across different realms and timelines to restore order. Along the way, he meets characters that embody abstract concepts like Death (Kirby Howell-Baptiste), Desire (Mason Alexander Park), and Despair (Donna Preston) – as well as Lucifer (Gwendoline Christie) herself. Charles Dance and Jenna Coleman also star.

Like Elliot and Beverly, Leni and Gina swap lives all the time and the people around them don’t realise. They both have their own homes, their own husbands – there’s even a child. But when Leni suddenly disappears, the deception comes crashing down.

Terence Davies' calm, muted biopic of WWI poet Siegfried Sassoon hasn’t received the attention it deserves. Perhaps it's because many period dramas rely on garishness and optimism to become popular, whereas Davies never makes concessions to the mainstream.

In Benediction, the war-torn Sassoon is fractured between his younger and older selves (played by Jack Lowden and Peter Capaldi) – dealing with the intense injustice of the war, but also the secret gay life he led afterwards. Meeting other eminent figures like Wilfred Owen (Matthew Tennyson) and Ivor Novello (Jeremy Irvine), the film is as much a romantic drama as a study of trauma.

Christopher Nolan loves playing in time. Whether it’s splitting corps in Dunkirk, slowing everything down in Inception, or playing inside deterministic realities in Tenet, the director always outdoes himself in the fourth dimension.

An early example of this passion is in his 2000 film Memento, a neo-noir told in reverse: beginning at the end, and telling the story backwards. The hero, Leonard (Guy Pearce), has short-term memory loss, but he's armoured with notes and tattoos telling him what came before. The only thing he remembers is the death of his wife, who he’s trying to avenge.

There are many instances of concerts and festivals going stupendously wrong. Woodstock ’99, the second to emulate the famous 1969 festival, is one of the most prominent examples and it’s often referred to as ‘the day the Nineties died’.

Clusterf**k is a three-part documentary that dives into the festival's numerous issues, supplied with archive footage and first-hand accounts. Taking place in a closed Air Force base in New York, Woodstock ’99 suffered from overpriced water bottles in scorching temperatures, horrendous overcrowding caused by people with fake passes, and numerous sexual assaults during the music sets. The festival erupted into rioting, with bonfires and upturned vehicles – requiring State Troopers to intervene.

The full Netflix in August slate:

Thursday 11 August
The Roads Not Taken

Friday 12 August
13: The Musical
A Model Family
Day Shift
Never Have I Ever, season 3

Thursday 18 August
He-Man and the Masters of the Universe, season 3

Tuesday 30 August
I Am A Killer, season 3