One for the grown-ups: the first episode the BBC's new drama Apple Tree Yard starring Emily Watson is this weekend's must watch

You can forget dragons, humanoid robots and mud-covered part-Native American gangster/wizards. The only ingredients needed to create an original TV show can be found much closer to home. Literally, actually in your own home, if you're unlucky.

The BBC One's latest Sunday night show follows a successful, sensible middle aged woman who -- get this -- is sexually active and has feelings that override the need to be well-behaved. Women! Over the age of 40! Do they even have emotions/ a sex drive/ anything to say of any interest? Mind blowing, right? Bring back the dragons. At least we all know how to relate to that.

Apple Tree Yard began life as a sinister little novel written by Louise Doughty, which became a literary sensation following its publication in 2013. This Sunday night it arrives on BBC One as a serious, grown-up drama starring Emily Watson, Ben Chaplin and Mark Bonnar. 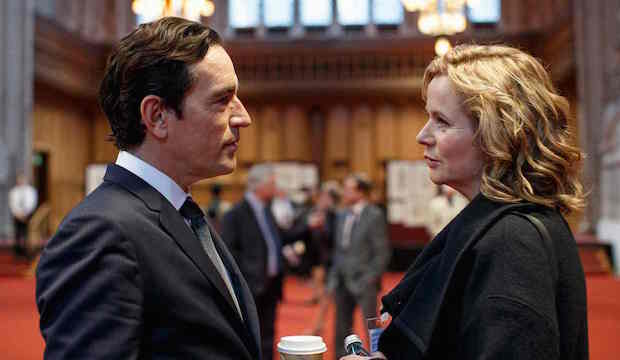 In episode one of this four-part series, we meet geneticist Yvonne Carmichael who leads a conventional suburban life. She lives with her boorish but fairly inoffensive husband. She has a couple of grown-up kids and an awful lot of posh, grey crockery -- you know the type.

Yvonne goes to parliament for a select committee on her work as a geneticist, meets a good-looking man in the cafeteria and unexpectedly has sex with him in a cupboard. Really loud, nasty, draw-out animal sex. Even though she's 50 and looks like a 'jelly baby'. Few stable 50- year-old women would make this decision and Yvonne is among them. She is very quick to point out she's never done anything like shack up with a stranger before. 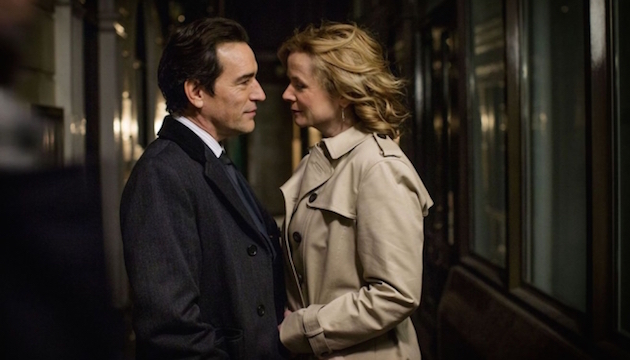 Delightfully, our protagonist is unemotional and private, which means her internal dialogue is barely shared with us. She doesn't confide in her friends, or in her husband or in the married man she's sleeping with. She writes emails to Mr X which tell us that having sex with David is like being 'eaten by a wolf' but for the most part, her choices are explained only by a slight frown, a white lie, or a late night waiting for her husband to return 'from A&E' with a young brunette.

Mark Costly (Ben Chaplin) makes her happy and makes her come. A lot, by the way, this is not a TV show for under 16s or the prudish. But, in this beautiful, wonderful world where women can do stupid things without being alcoholics, psychopaths and monsters, something must be afoot. The new man lives and breathes secrets and not all is as it seems. Forget dragons, this is TV worth watching.