From the murky depths of the Indian Ocean to the lush forest canopy of Uganda’s Kibale National Park, travel the world this winter at the Wildlife Photographer of the Year 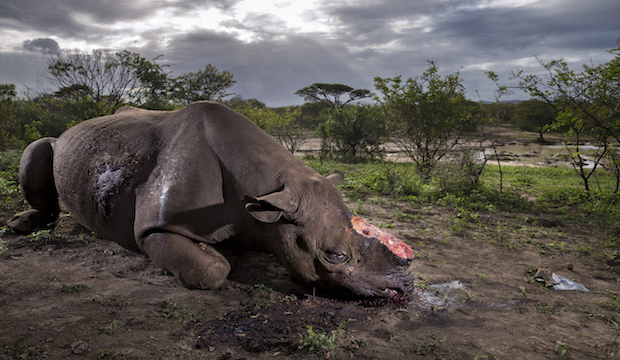 Photographer Brent Stirton entered the Hluhluwe Imfolozi Game Reserve for this photograph. Here, in the rhino's home, killers probably the local community but working to order, slipped in under cover of darkness, shot the black rhino bull using a silencer and hacked off the horns to be smuggled out of South Africa.

Stirton is also the 2017 winner of The Wildlife Photojournalist Award: Story category.

WHERE
Wildlife Photographer of the Year is developed and produced by the Natural History Museum, London
Share:

Wildlife Photographer of the Year 2017