Who is Edward Enninful?

Born in Ghana, Edward Enninful moved to the UK with his family at a young age, where his mother was a seamstress. Enninful was spotted at the age of 16 by model scouts. By 18 he was a creative director at i-D magazine and then became a contributor at Vogue. He became known for edgy, elegant fashion direction.

But soon he was serving up covers with controversy too, not just elegance, whether Nicki Minaj dressed as a French Courtesan or featuring plus-sized models when the world was in skinny heroin-chic rehab.

With an OBE and a cluster of awards to his name, he's more decorated than a Dolce and Gabbana purse.

It's not hard to see why Vogue were clamouring to call him back. Though we'll miss Alexandra Shulman, we can't help put have high hopes for Mr Enninful. 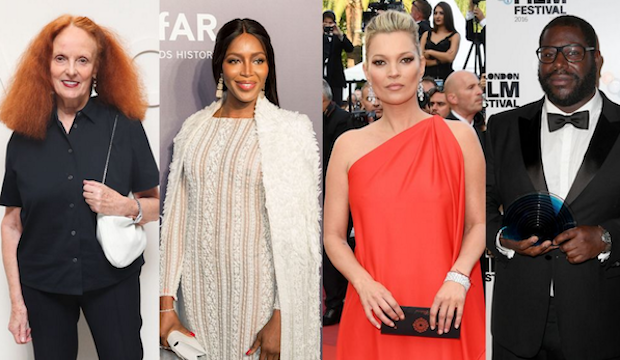 a constellation of stars

It's been a busy week for Edward Enninful. On Monday, ex-Vogue editor Lucinda Chambers caused a stir when she published a tell-all article claiming she had been unceremoniously fired by him.

Today, he has announced that Naomi Campbell, Kate Moss, Grace Coddington and Steve McQueen have been enlisted as contributing fashion editors to the publication.

He said, "I am thrilled that Kate, Naomi, Steve and Grace are going to work with us in these new roles. As two of the biggest international style influencers and supermodels, the impact Naomi and Kate have in today’s culture is enormous. Being an acclaimed filmmaker and Turner Prize-winning artist, Steve will bring an increased depth to the arts within the magazine."