How to celebrate the Lunar New Year 2022 in London

The Lunar New Year (often referred to in the west somewhat more exclusively as Chinese New Year) begins on 1 February this year. In the UK, celebrations are tentatively, hopefully, due to take place in the flesh, following the demure online events of the year before. In the Asian Zodiac calendar, 2022 is the Year of the Tiger, so if you're looking to mark the occasion, get your tiger-themed crafts and costumes at the ready. Beyond that, we're recommending Michelin-starred Chinese cuisine, a virtual tour of Chinatown, family-friendly activities and the annual, central London parade as ways to embrace the festival.

Here are some highlights… 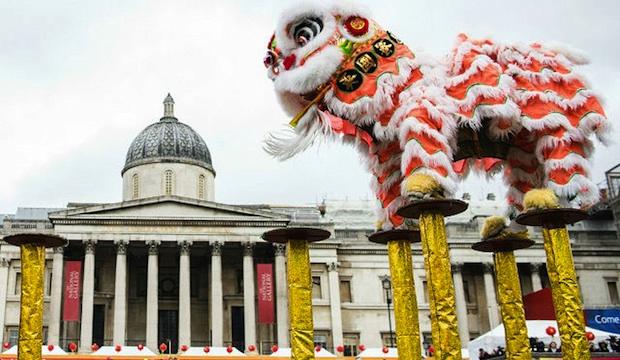 The Lunar New Year celebrations in London’s West End are the biggest outside Asia. Ordinarily, festivities begin with the Chinese New Year parade, a colourful whirlwind of dragon and lion dances that makes its way from Charing Cross Road into Chinatown. Crowds then head down to Trafalgar Square where a thanksgiving ceremony, followed by firecrackers, speeches, the Lions’ Eye-Dotting Ceremony and eventually a pyrotechnic display keep the celebrations alive well into the evening. Meanwhile, stalls serving Chinese street food line the square refuelling peckish revellers.

This year, due to ongoing concerns about the spread of Covid-19, the London Chinatown Chinese Association (LCCA) has organised for the festivities to take place online, with the chance to watch footage from previous years as well as new performances from emerging talent. 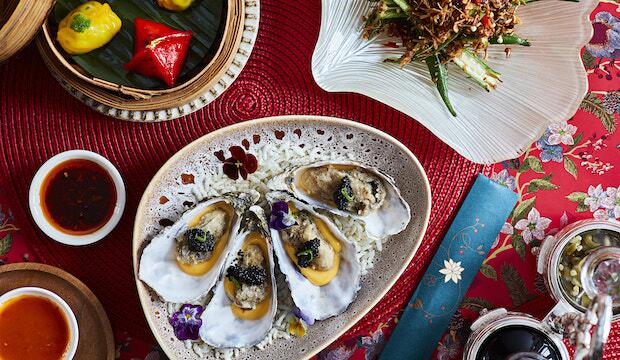 An appetising access point to Lunar New Year is, of course, the cuisine. London has no shortage of world-class options, with Chinatown the epicentre of authentic, East Asian dining. It can be a minefield to navigate though, if you don't know your char siu bao from your cheung fun.

The Reunion Dinner, held on the eve of Lunar New Year (Monday 31 January 2022), is considered the most important meal of the two-week celebratory period, and with its lucky red colouring, lobster is especially popular to eat at this time. Head to Plum Valley, where the braised lobster is a favourite with regulars to the area.

A whole fish is a symbol of prosperity and typically forms the centrepiece of the Lunar New Year dinner. At Jin Li and Lotus Garden, you can tuck into a whole steamed seabass, seasoned traditionally with ginger and spring onions. Also considered prosperous in East Asian culture is the humble chicken, and diners at Orient London can feast on a whole emperor chicken this festive period.

According to a fondly believed legend, the more dumplings you eat during New Year celebrations, the more money you'll make that lunar year. Jiaozi dumplings, crescent-shaped savoury parcels that can be boiled or steamed, are considered especially lucky. You'll find a decent selection with a range of tasty fillings at both Jen Café and Dumplings Legend.

Further afield, newbie restaurant MiMi Mei Fair (pictured) has caught our attention this year, with its feasting menu (Monday 24 January – Tuesday 15 February) and pretty wishing tree installation – a collaboration between founder and restauranteur Samyukta Nair and luxury florist Lucy Vail. Beneath the tree's hopeful branches, diners can tuck into a refined menu, with highlights including a 'basket of wealth' (in the form of dim sum); a sharing dish of wok-baked lobster; 'fortune' crispy Norfolk pork; and a dessert of 'baiju ba ba' (rum baba), served with Cantonese kumquat and green cardamom. 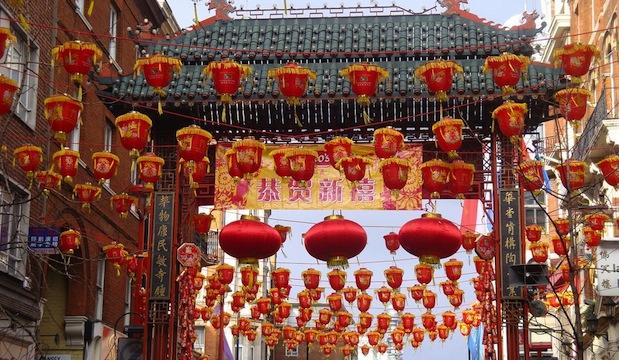 Immerse yourself in a digital tour of Chinatown

Conceived by British-Chinese organisation Chinese Arts Now, Augmented Chinatown is an app offering visitors a tour through the streets of Chinatown, led by artist Donald Shek.

Through combining video installation and digital sculptures with facts and anecdotes, Shek explains the history of the area, exploring themes of identity, cultural symbolism and myth. Spanning the creation of its buildings with Chinese mythology in mind, to its role in the Chinese community today, Augmented Chinatown is a thorough exploration of the area’s past, present and future. The tour is available via the iPhone app.

Read more ...
WHERE
Locations around London / augmented tour available via the iPhone app 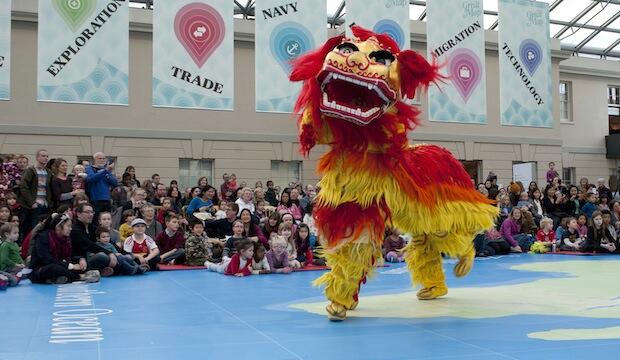 Celebrate the Year of the Tiger with the National Maritime Museum

For the past 20 years, Chinese New Year has been marked with fanfare at Greenwich's National Maritime Museum. Visitors of all ages are invited to take a seat around its Great Map and look forward to a ream of colourful performances as well as workshops, talks and tours. From printing silhouettes of south-east Asian ships and making your own lantern, to learning the Dragon Dance and the basics of Qi gong and Tai Chi, there’s a host of activities to get involved with. Those who prefer to be passive spectators, meanwhile, can listen in on talks about the moon, watch a mindful tea ceremony demonstration and learn about the struggles of the tea trade between Britain and China.

Celebrations fall just before the day itself this year, on Saturday 29 January.