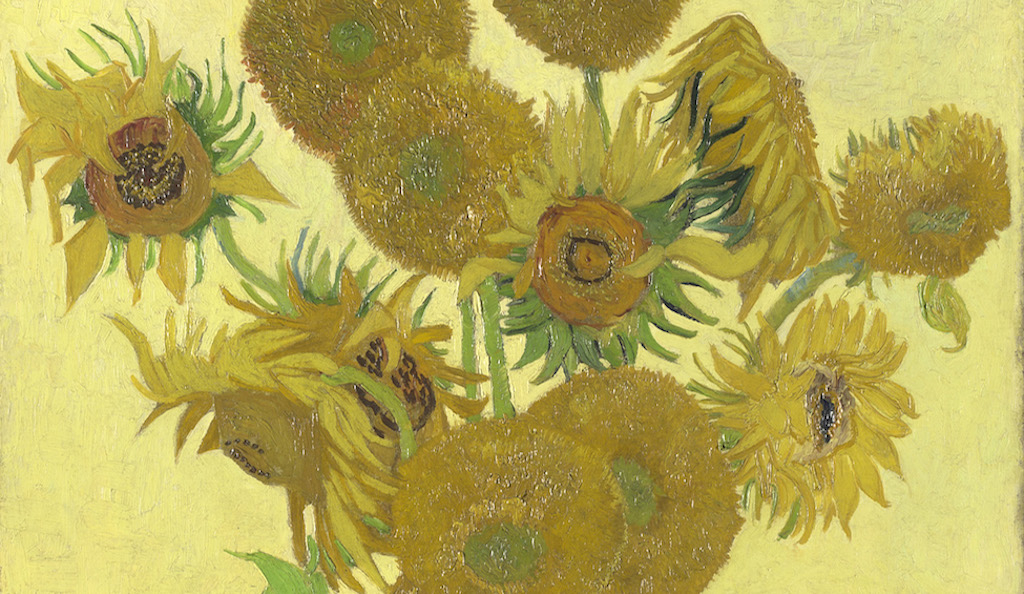 Vincent van Gogh, Sunflowers, 1888 (c) National Gallery, London
In the autumn of 1888–9 Vincent van Gogh created one of the most famous series of oil paintings of all time – The Sunflowers. Divided between public institutions and private collections across the globe, Van Gogh's Sunflowers have never been exhibited together in public. Until now that is.

TRY CULTURE WHISPER
Receive free tickets & insider tips to unlock the best of London — direct to your inbox
Today, five of Van Gogh's Sunflowers will be united in a virtual exhibition organised by the National Gallery. The exhibition will be broadcast internationally – in a world-first – via Facebook Live.

Live from the five museums where these masterpieces hang, each painting will be individually introduced and appraised by a leading art expert in consecutive, 15-minute relays. In addition to the live broadcast, the National Gallery will also project a virtual version of the gallery using CGI technology, in which visitors can see the five paintings hanging alongside one another in one room.

Van Gogh painted the series of seven sunflowers while staying in the south of France in the autumn of 1888. He invited Paul Gauguin to join him and painted two of his sunflowers in 'a symphony in blue and yellow' as a sign of their friendship and of Van Gogh's allegiance to the Post-Impressionist.

Although Van Gogh and Gauguin worked closely together for two short months, the pair disagreed on almost everything. Their friendship ended abruptly in December 1888 when Gauguin fled Arles for Paris in rage. Van Gogh subsequently suffered a nervous breakdown, which led to the infamous ear cutting episode.

The consecutive relay of five, 15-minute Facebook Live broadcasts, will take place in front of a different Sunflower painting in the National Gallery, the Van Gogh Museum, the Neue Pinakothek, Philadelphia Museum of Art and the Japan Nipponkoa Museum of Art respectively.

This virtual reunion is a once-in-a life time opportunity and has been long awaited by art enthusiasts across the world. Tune in today to the National Gallery Facebook page at 5.50pm (UK time) to see these paintings assembled together for the first time since they were painted.
Share: