Patricio Guzmán, director of The Pearl Button. "There will always be a before and after the coup. Always."

Nostalgia For the Light director Patricio Guzmán follows up his film with an equally lyrical documentary, The Pearl Button 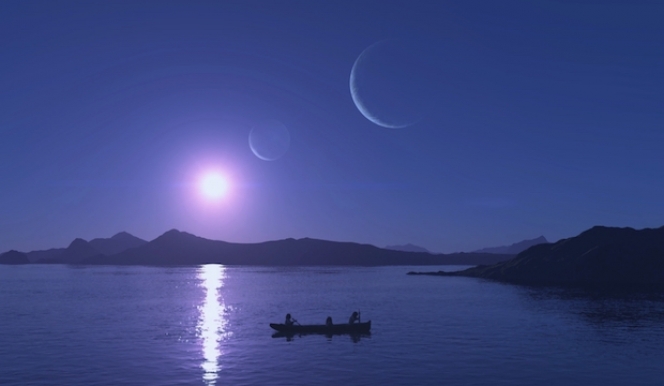 The Pearl Button film still
If you didn't catch the 2012 documentary Nostalgia for the Light, drop everything and watch it. Now.

Patricio Guzmán's feature documentary shook critics the world over: the Chilean director explored his country's violent past with an unflinching eye – mingling science, geology and a troubling history in one powerful work of art.

The film discussed the corruption of Chilean Government under Pinochet, and the subsequent genocide – through a poetical lens. Guzmán saw the Atacama desert – and the vast sky above it – as metaphors for his country's warped national consciousness: symbols of collective memory, nostalgia and desire. Nostalgia for the Light is a lyrical, moving and stunningly shot documentary.

Now Guzmán returns to the silver screen with The Pearl Button: an equally political, poetical and meditative film that looks at a different aspect of Chile's geographical history: the near-obsolete Indigenous tribes along Chile's Southern coastline.

Both documentaries ring with the director's own dreamlike narration: we were lucky enough to hear Guzmán's voice firsthand when we met him at the London Film Festival.


It's great to see aspects of Nostalgia for the Light's narrative continue with The Pearl Button. Both films use natural imagery to discuss the lengthy Pinochet regime: they feel like complementary documentaries. Do you see your work as one complete whole, or a series of stand-alone pieces?

In Nostalgia for the Light you used space and desert as a metaphor; in this you use water. Will you have a strong metaphor driving through the next as well?

I want to show that the mountains – the Andes – are like a long wall, which protects, but at the same time isolates the Chileans.

In The Pearl Button you interview surviving members of the indigenous Kawescar people: indigenous native Americans. How did you go about finding these people – these once uncontacted tribes – and conducting your interviews?

There are two or three places in Patagonia where these people live – the few survivors. There are very few survivors in this vast territory. And of the six I managed to find, four refused to talk, or they spoke in such a strange way, so vague. They didn't want to talk, and so they digressed, so the testimony was too confusing to include.

Do you think their unwillingness to talk is to do with a desire to remain indigenous?

It’s possible. They don’t want to talk about their lives, and their suffering. They feel that nobody would understand them. They’re very solitary. They are surrounded by people, but they are totally alone.

When you ask the Kawescar if they feel Chilean, they all say no. Do you feel Chilean? What does being 'Chilean' mean to you?

To be Chilean is to belong to a faraway country, which is in Latin America, with problems that are linked to all the problems in Latin America. And I love it very much – I’m not sure why. But the Kawescar and the other indigenous people, they do not feel Chilean: they never belonged to the Chilean project. They are landless. They don’t have a country. We have taken it away from them.

Do you think it's possible to understand the social and political climate of a country without first understanding its geography – the place where this history have taken place? This fusing of the past feels like a fundamental aspect of your films.

Yes: in this case, I would say it’s fundamental. Chile is a unique type of land, where the water and the earth are united. In the South, life is profoundly solitary – there is literally nobody there. And even when they were all there, there were only about 8000 – in a vast, vast, immense mass of more than 1000km. You cannot understand them without also studying the territory as well. What did they eat, where did they sleep? It's almost like something from another planet: it's alien, it's magical. 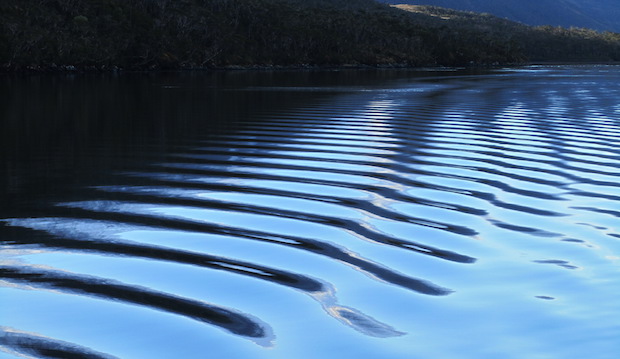 Even more than the last film, The Pearl Button explores very dark periods in Chilean history: two distinct instances of internal genocide in Chile, and the concealment of corpses. How do you want your films to impact international perceptions of your country?

I think that a film about the mentality of a country has to be at least attractive to others, so that they watch it with interest. And the history of Chile is full of extraordinary events, because the land is an event in itself. It’s one of the longest countries in the world with the most vast ocean, with the South absolutely riddled with canals. So I take the geography as a starting point – to move the spectator. Without that seduction, I don’t think the films would work at all.

This film tells the story of an indigenous Chilean man who was transformed into a 'gentleman' by colonial English settlers. You say in The Pearl Button that as a child, the story seemed like a fable to you. Do you think that perspectives on Chile’s colonial past have changed since you were a child?

Yes. When I was a child...we had no idea that there were Indians [sic] in the far south. We knew something about the Araucanos, but they are not very far South. The rest was a mystery. Now there is a conscience about these things, and a desire to recuperate some of that culture. But there are so few left that they are a minority.

Chile believes itself to be a white country, and it isn’t, it’s a Mestizo – White and Indian. It doesn’t feel itself to be Latin American – but it is totally Latin American. It considers itself slightly separate, because the politicians say that it's a rich country, similar to Europe and the States, therefore we are actually just in the wrong territory. All of this is, in many ways, ridiculous. Luckily there is a strong student movement – and a number of intellectuals who reject this idealised vision of Chile that has been invented by the economists. 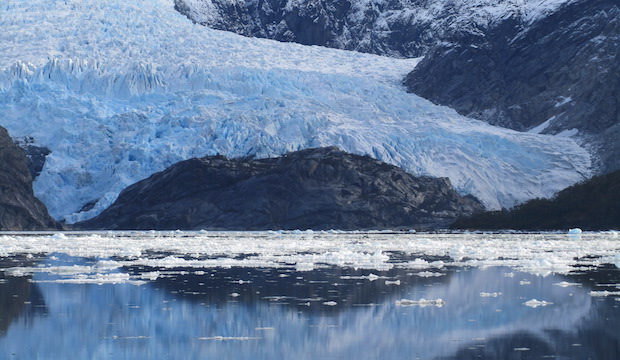 Have the students been coming to see your films?

The youth loves my films. There has just been a documentary film festival and we did four shows, and it was packed. And next month they will start showing the film commercially. But even so, 15,000 people is probably the maximum number of people who will see my film, which is ridiculously low. No cinemas show these things – they are controlled by the Americans. Despite that, more people see the film in Chile than in Spain, which is even more closed.

Do you think that in any way, this also has something to do with a degree of national guilt – guilt about the topics you discuss in your films?

Yes I do. I think it has a lot to do with that. And on the other hand, it has to do with lack of information: deforming it, distorting it, the TV. The State doesn’t want people to remember. And it’s like a kind of conspiracy that drives people to avoid not only my films, but Pablo Larraín’s too – he suffers the same problem.

Do you think we will ever get to the bottom of where the bodies during the Pinochet regime were buried? Or, with more of the perpetrators fading into history, is that becoming increasingly unlikely?

I believe that the traces of this coup d’état will never be totally forgotten. Because it was too important a tragedy. It is the biggest thing Chile has suffered. It was the destruction of the whole political apparatus. It’s very difficult to delete that. There will always be a before and after the coup. Always.