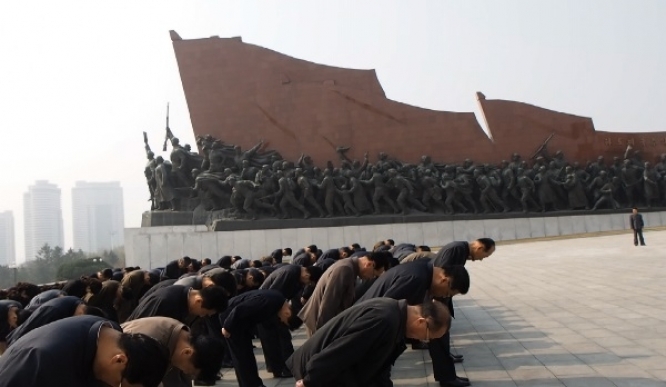 Photograph: Metrodome
North Korea is a nation about which most people know very little. There’s information out there but not nearly enough. In 2013, the UN launched a Commission of Enquiry on Human Rights to investigate conditions in the country. While a range of testimonies allowed them to publish a far-reaching and deeply disturbing report, their request for unrestricted access was denied.

The result of this opacity is a profound confusion about what life is really like for the twenty four million people living in North Korea. It’s this very confusion – its sources and its risks - that director Álvaro Longoria hoped to address with his new documentary The Propaganda Game. While by no means the first western filmmaker to venture into the so-called hermit state, his approach is original.

The first thing you notice is the quality of the cinematography. The opening minutes abound with images of roller-skating children, lakeside watercolour painting, and Pyongyang’s grand architecture. This is not a film shot undercover, but one filmed in both plain sight and high definition.

Speaking to Culture Whisper, Álvaro reveals the thinking behind his method:

‘All the documentaries in North Korea try to do the hidden camera approach and I wanted to stay away from that. I said, I’m going to be manipulated, let’s make weakness a virtue and let’s show propaganda in its full splendour then let’s break it apart.’

Interspersed with footage from inside the country are interviews with leading experts on the situation, not least Michael Kirby, chair of the UN’s 2013 enquiry. More often than not, the resultant viewing experience is one of dissonance between the images we are shown and the harrowing reports that we hear.

While Álvaro’s tour of the country is by no means unrestricted, he’s allowed more freedom than you might expect. Firstly, and perhaps most remarkably, he’s allowed to interview people on the street. On two occasions, he also makes alterations to the pre-arranged program, the most striking of which is the visit he makes to a church. He reflects on the peculiarity of the situation, ‘they didn’t want me to go to church in the beginning, and then they showed me the church, and then the church turns out to be fake.’

Álvaro credits the relative freedom he was afforded to his Tarragona-born guide Alejandro Cao de Benós, the only foreigner to work for the North Korean government.

‘Thanks to Alejandro, I could push the limit to get out of the very strict itinerary. What happens to press people when they go there, they are given a three day tour, they are shown the monuments, they are shown three museums, and they maybe talk to someone who is trained to give the answers. That’s not what I wanted.’ 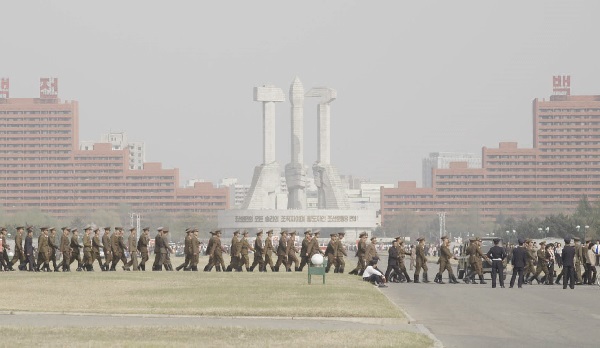 The fact is though that the reality of life remains largely obscure. The film oscillates between what North Korea says about itself and what the world says about North Korea, revealing a huge gulf in the middle. Implicit in this is a call for better communication, one which Álvaro makes explicit when we ask about his hopes for the nation’s future.

‘You want to change North Korea? You have to go there and talk to them. That’s the only way. And at the end of the day, we should be really working in that direction because we have to limit the amount of possible conflict in the world…Conflict prevention is much better than conflict resolution.’

Set down, the solution looks simple. But you wonder if it’s realistic. Would North Korea be open to negotiation? Yes, Álvaro believes.

While these are his hopes for the future, he worries about a rather different outcome.

‘In reality, I fear a fall of the regime. A fall of the regime is the worst possible scenario because we’ve seen in other countries when a regime falls apart what can happen is a disaster… It’s a highly militarised country, full of weapons, nuclear weapons. A collapse of the regime could end up with a very unstable region.’

Predictions, of course, ought to be made with caution. If The Propaganda Game teaches us anything, it’s just how difficult it is to talk about North Korea.