Ahead of her role in the Almeida's Uncle Vanya, Vanessa Kirby tell us why no amount of fame or glamour will tempt her away from the stage 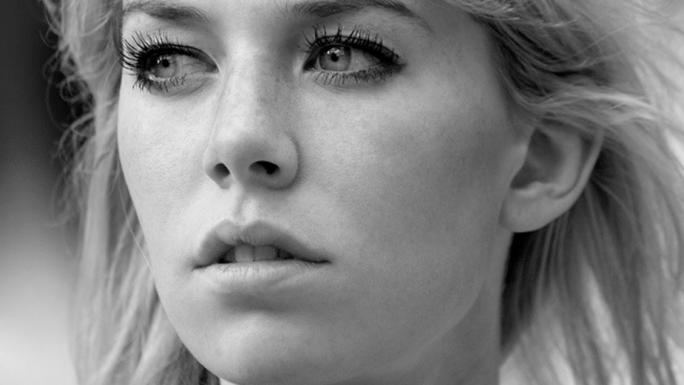 Vanessa Kirby Interview
You can't fail to notice Vanessa Kirby's beauty. At a glance, you'd be forgiven for thinking she was a model. But you also can't ignore the 27-year-old actress' glittering career.

Since leaving university with a First Class English degree in 2009 she has been acting continuously, ascending from regional theatre to the National and Young Vic, then BBC period dramas and now Hollywood. 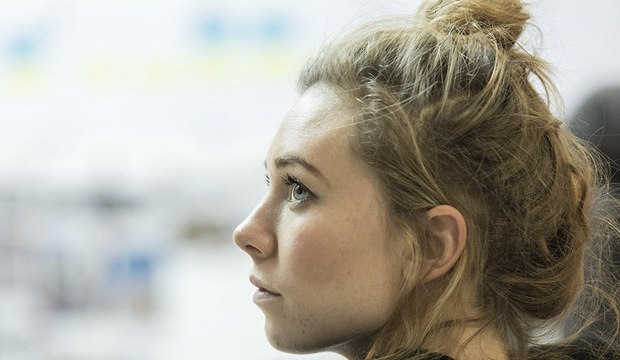 It’s the kind of fairytale career trajectory that fuels actors’ fantasies. But despite her rapidly rising star, Kirby remains grounded. She explains how her success “took ages to sink in”.

“I couldn’t believe it for the first two or three years. Because I didn’t really get any time off either… It happened in such a strange, crazy way for me that I didn’t really ever think I was actually doing it.”

Before you can feel intimidated by this poised, extraordinarily pretty young woman, who makes following your dreams sound easy, Kirby disarms with charm.

She greets each question with enthusiasm. Her responses are eloquent and littered with hyperbolic ‘absolutelys’ ‘completelys’, ‘literallys’. She’s refreshingly natural and unrehearsed – occasionally apologetic (“Literally I’ve just given the most winding answer to your question!”).

Despite a trail of superlative reviews she still gets ‘sick with nerves’. Suffering “horrendous, horrendous, horrendous” stage fright. But she's self-aware too, and hasn’t lost a sense of perspective. She jokes how, as she returns to the London stage to play Elena at the Almeida, she’s ready to grow out of her stage fright: “I just thought, 'Oh for f**ks sake, you know?' Just yeah, 'Grow up a bit it’s fine, no one’s dying, it’s not life or death, it’s just a play you know?”

Kirby’s relationship with acting is disconnected to any notion of fame. Instead it was just what made her “happiest”. This childhood enjoyment crystalized into a solid ambition at the age of 12 after seeing The Cherry Orchard (National Theatre, 2000)

“I was completely transfixed by it and I thought, oh god whatever they’re doing I really want to do that somehow.”

Now, of all her impressive achievements it is another Chekhov play that she cites as her proudest moment: director Benedict Andrew’s bold reimagining of Three Sisters at the Young Vic (2012), where Kirby played Masha.

“I just fell in love with the part more than any other… Sometimes parts don’t quite click and sometimes they really do and for some reason for that one I just didn't really have to think, I just did it, you know?”

She tell us about reading all of Chekhov’s plays when she was 16 and 17. They were the plays she “liked the most… the most real… the naturalism, the lack of theatricality, the detail and the way he reflected real people’s lives. I just believed it.”

Now she’s not just returning to Chekhov, but another radically contemporary version. “It’s funny that I'm doing this Uncle Vanya now” she says of her upcoming project at the Almeida.”

For all her warm, easy charm, Vanessa Kirby is an actress with an appetite for a challenge. From Benedict Andrews to Joe Hill-Gibbons and now Robert Icke, working with our most challenging, boundary-breaking directors is becoming her trademark.

“I just couldn’t do it any other way now I think. I just feel so lucky that it’s sort of aligned like that”

But as Kirby talks more about what the appeal of “completely contemporary” work, it’s clear that such luck is supported by a keen sense of what it means to create and experience theatre.

“It shouldn’t be easy; it should move you; it should make you rethink things. That’s what the playwrights intended.”

There’s no doubt that maverick director Robert Icke is set to make Uncle Vanya unrecognisably modern. And the prospect was immediately exciting (“It took me half a second to say a hundred million per cent yes”).

She describes Icke as ‘incredible’, ‘ridiculous’ and ‘the cleverest person I know”.

“Every time there’s been some kind of projection or old idea of what this play is, we’ve just tried to get rid of it”

What does this mean for Kirby’s character, the exquisite but lifeless young wife Elena? It’s a part haunted by the performance history, often consigned as just a pretty face.

“I don’t like playing or seeing women sort of wafting about fanning themselves and being fairly vapid you know? I don’t believe it.”

“I had to get really get rid of this idea of her being languorous, just like beautiful and wafty and empty. I didn’t believe that. I see her as extremely complicated and elusive but also so bored… And damaged and in pain, because otherwise I just didn’t believe it. Why would she just not leave him? There’s something keeping her there and it’s fear.”

She’s sure that some people won’t like her take on the role, but Kirby defends her modern version of Elena like a close friend, describing her creative talent, her infatuation and how she marries without considering the consequences and becomes “frozen”. 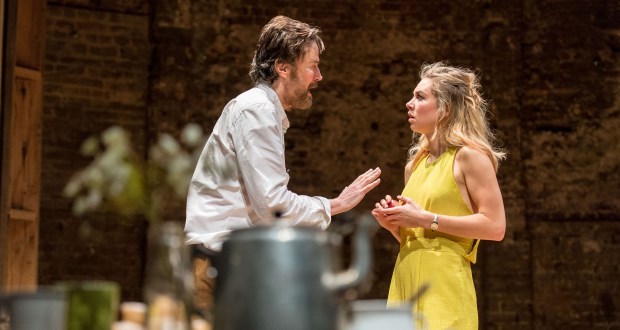 Elena is just one of the many parts Kirby wants to play. Her career bucket list includes “all the Chekhovs” , Hedda Gabler, Lady Macbeth and “finding a cool way of doing Eugene O’Neill”.

But Kirby is less enthused when we ask how screen work fits in.

“People ask me that all the time… I would be quite happy being on stage forever.”

Her whole attitude to acting on screen is more trepidatious: “I was a bit unsure to begin with and it was a completely different skill actually I think, for me anyway, some actors are really good at it”

She loved playing a young Princess Margaret in Netflix series The Crown ("they’re all theatre people", she says, gleefully, of her fellow cast members) and looks forward to filming season two so she can “Make Margaret more naughty! She goes completely wild in the 60s.”

But she explains how, for her, no film or TV work compares to the theatre. “I miss stage as soon as I am on set so it will always be something that I hope that will be the centre of my identity, but god knows really. In a way you’ve just got to go with the flow, don’t you?”

Here's hoping the current keeps Vanessa Kirby on the London stage for much longer. This is one rising star we certainly don't want to lose to Hollywood.