To celebrate the new Manolo Blahnik Shop on Burlington Arcade, we meet the man himself to talk Anglophilia, early nights and judging a woman on her shoes 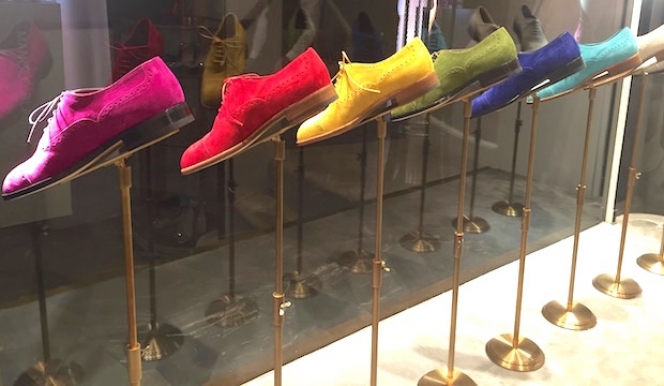 Ensconced in the pristine, serene upstairs of his new Burlington Arcade shop, the 73-year-old designer peeps down at the glitzy opening-night party below and admits: "They frighten me".

By the time we get to meet Manolo, he's been through two hours of photo-calls and interviews. To celebrate the opening of his first London shop since 1973, Burlington Arcade has been transformed from daytime bustle into an exclusive shoe shrine, with branded banners between the colonnades and Blahnik designs glittering in bell jars.

All is running fashionably late. Dianne Von Furstenberg, blogging Royalty and Tatler's finest are sipping champagne, waiting eagerly to meet the man behind the shoes. 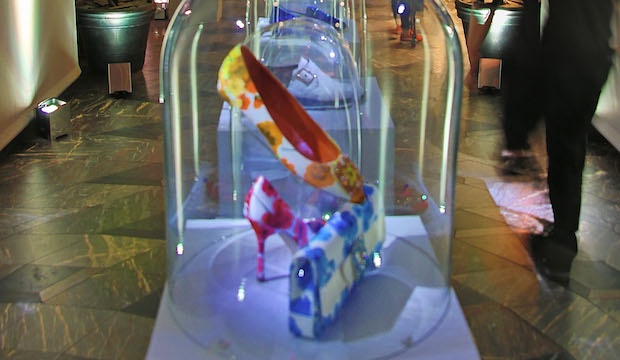 But Blahnik won’t be rushed. Twinkly eyed and dapper in a lilac suit with magenta suede shoes, made by his own fair hand, he wants to take his time telling us about Charles Dickens and Regency architecture, while the party in his honor continues outside.

The man described by Vogue as ‘sultan of slippers, holy man of heels’, whose stilettos feature in Jay Z’s raps and are, according to Madonna, ‘better than sex’, is remarkably stoic about hype and celebrity.

He tells us how the brand evolved “very slowly”.

“I’m really not into this rushing into something – the money, publicity. It’s always been on my terms, working the way I wanted.’

As both a businessman and an artist Blahnik makes his own rules. Instead of expanding the design team and outsourcing to meet the ever-growing demand, he still personally designs and crafts each and every shoe. 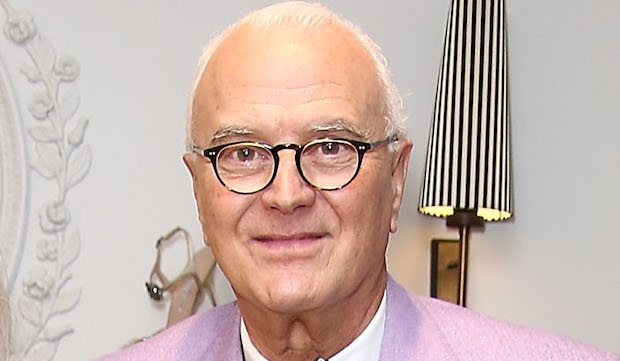 “So it’s been slow,” he laughs. “But I can tell you that I don’t want to belong to great conglomerates and things like that. I’ve managed to achieve this on my own terms, which nowadays is difficult.”

Manolo Blahnik's CEO and niece, Kristina Blahnik, explains that the tradition and elegance of Burlingon Arcade have long made it a dream to set up shop there. The new shop is a little sister to the first London Manolo Blahnik shop, Chelsea’s Zapata and the product of the designer’s love affair with London’s West End.

Born in the Canary Islands to a Czech father and Spanish mother, Blahnik calls England home. His Regency townhouse in Bath was the inspiration for the design of the new store. He’s a self-confessed "sucker" for Regency and Georgian architecture’.

“I love England. My obsession has always been London – since I was a child”.

Between an Anglophile father (“totally mad for Churchill, had all the bloody biographies – can you imagine!”) and a literary mother, Blahnik describes his life long love affair with London as inevitable.

“I grew up with Enid Blyton, how English can you get? My mother loved poetry… she knew Byron, Lorca. And when we were bored at home, she would read Dickens.” He chuckles just remembering favourite parts of Little Dorrit and David Copperfield. 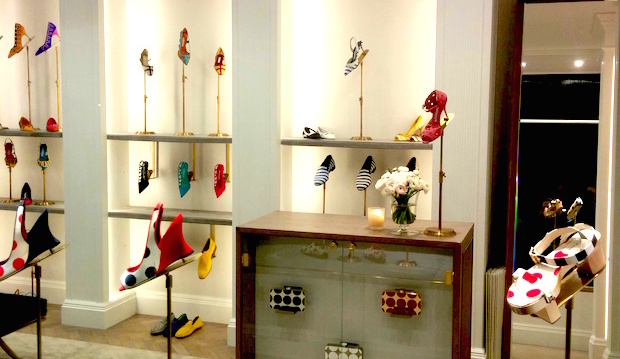 This delight in story-telling and imaginative flair shapes Blahnik’s approach to designing. He tells us how he used to play a game with himself: guessing what kind of lives people lead based on shoes on their feet.

“You can tell lots of things… you can imagine. I like to imagine things. I used to go to restaurants look down and say hmm they are lawyers, no, no, no, doctors.”

Mostly, he explains, shoes can tell you if someone is neat, if she looks after herself.

Just as we start to feel conscious of our scuffed, sensible winter boots, he laughs and lifts his foot to show the impeccably clean but well-worn sole of his own hot pink loafers. "These must be 20 years old. I made them in 1995. But they last so long – plus I have them in many colours”.

In the fast-paced, trend-dominated realm of fashion such longevity is rare, and Blahnik adds that he doesn't play his shoe-guessing game anymore.

“I’m too old to guess about the young.”

Is he alienated by a generation whose norm-core trainers have replaced glamorous heels?

Of course not, but nor will he change his methods to accommodate trends and whims. Manolo Blahnik moves with the times only in his own way. 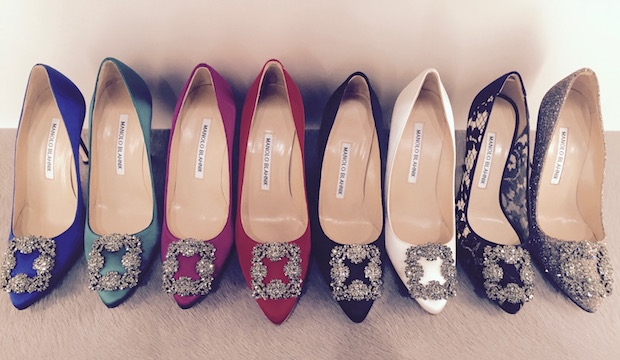 "Oh, well you see I have trainers here" he picks up a hand-crafted buttery black leather lace up. "But this trainer’s going to last a long time, because it’s made by my hand".

"And there’s even a concession to modernity, right here", he grins, indicating a subtle yet sporty foam strip between sole and shoe.

As he goes to pick another shoe from the shelf, our personal explanation of Manolo Blahnik’s latest collection is curtailed. The designer is firmly told that it’s time to join the party.

Tonight it will be the same again, with another, even starrier grand opening party, then off to Barcelona ('for my bloody book'), in what promises to be yet another very tiring week. "You know, honey, I'm not a young kid anymore… by 9 I'll be in bed”, he adds hopefully.

As his entourage leads him down the stairs and into the throng, Blahnik remembers that the classicist Mary Beard had promised to attend the evening's festivities. He's a huge fan: "She smashed Boris Johnson", he tells us gleefully referring to the battle of wits in last year's Greece Vs Rome debate.

With that happy thought, he heads down to take his place as guest of honour at a party made up of women (and men) who are mad about Manolos. And it's a testament the man himself that these devoted fans range from trend-obsessed Carrie Bradshaw types to Cambridge Classicists, and everything in between. 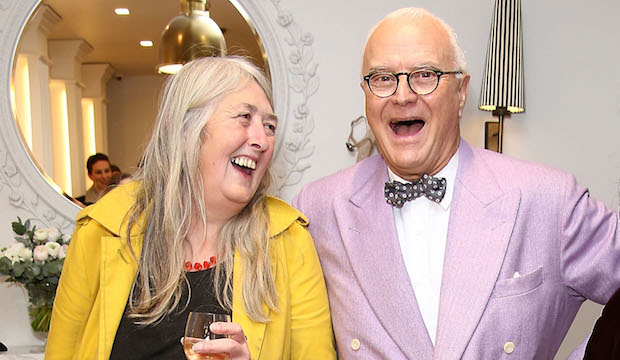