Ahead of the National Portrait Gallery's landmark exhibition, Vogue 100, we look at the fashion bible's more radical moments 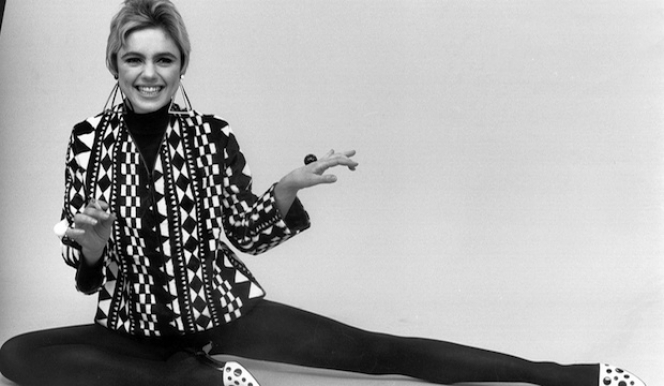 Edie Sedgwick © Vogue Archive Photographed by Enzo Sellerio, Vogue, August 1965
(And while we're at it, that Cara Delevigne brouhaha betrayed a healthy portion of ignorance over at the Conde Nast powerhouse.)

But it would be unfair to say that Vogue is an entirely backward publication. At various moments in its history, the magazine has stuck out its neck, and surprised the glitterati with some progressive thinking. (Progressive for Vogue, that is.)

British Vogue chief, Alexandra Shulman, may have insisted that "nobody really wants to see a real person on the cover of Vogue", and that it is "about fantasy". And yet, we believe that every so often, as market leader, Vogue has a responsibility to jettison its own norm.

Ahead of Vogue 100, we look back at the inspiring moments when Vogue has done just that. 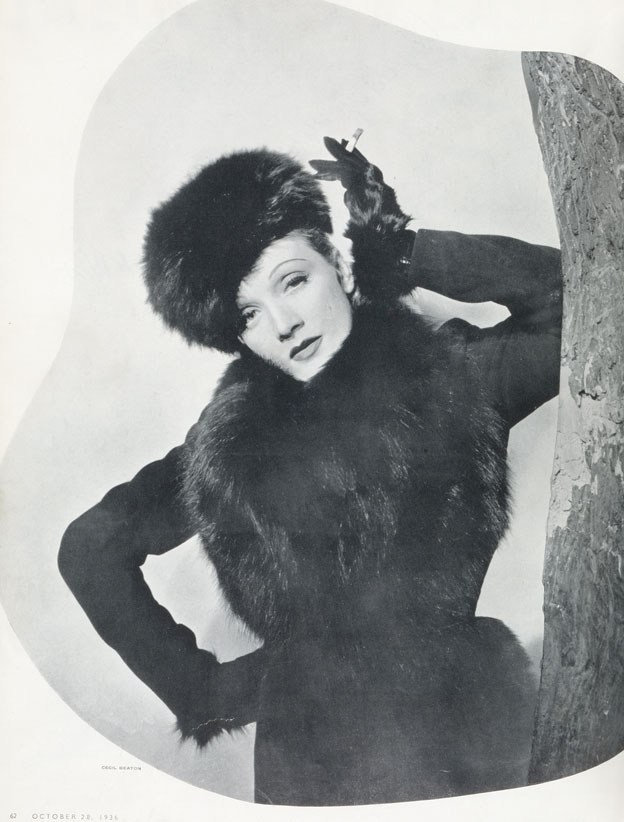 Vogue pioneered the medium of fashion photography: here we have the first ever photographic cover. This wasn't such good news for fashion illustrators such as Dagmar Freuchen, however, who found thesmselves outmoded. 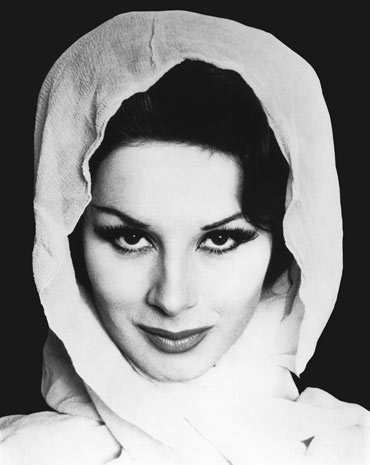 OK, so Vogue may not have known they were breaking the mould with this one, but we still love it.

This is April Ashley, the first Brit to have had gender reassignment surgery. She became Vogue's most popular underwear model for a spell, and was photographed by megastar, David Bailey. No one knew her secret. 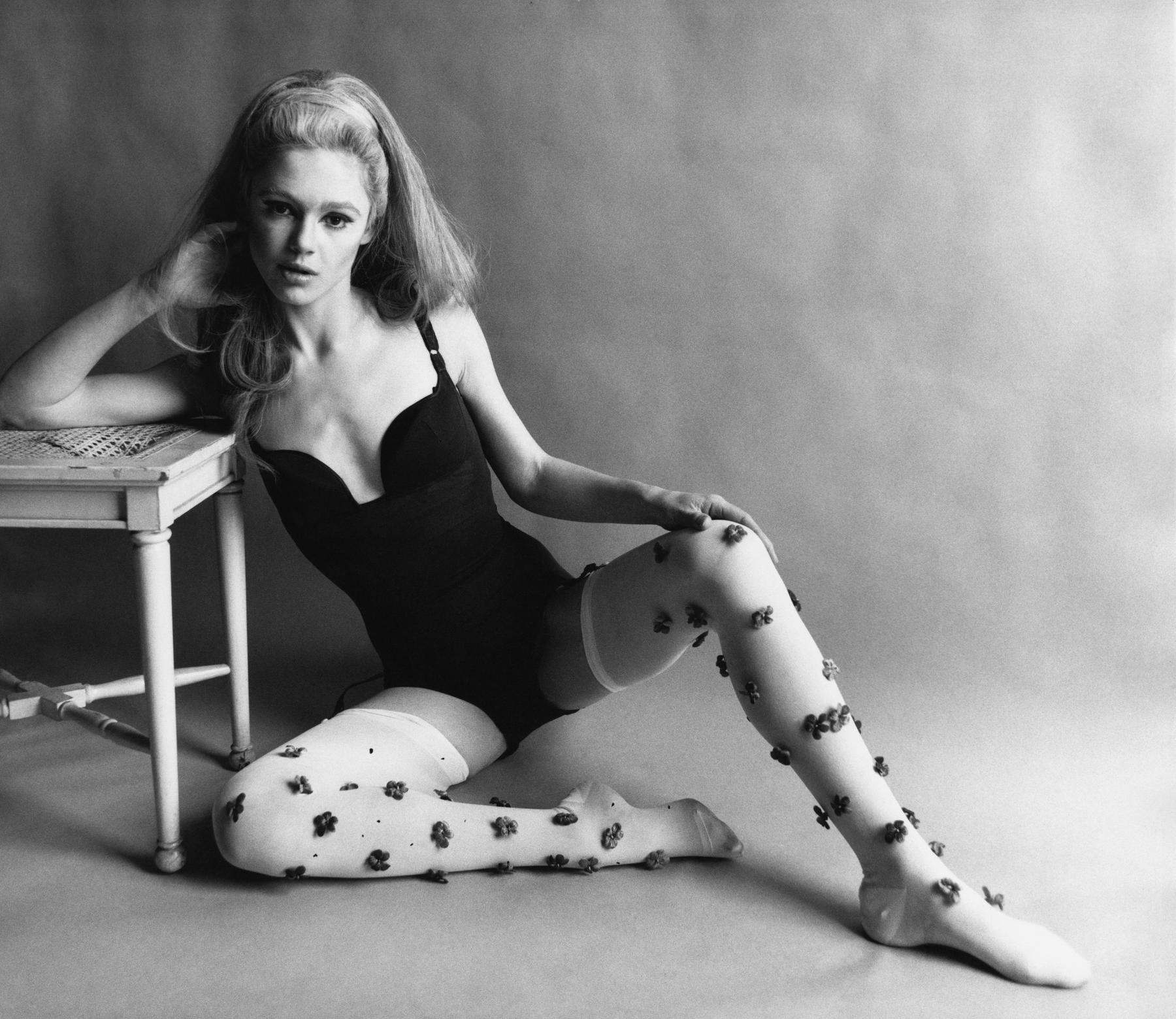 In the '60s, under the sovereign power of the inimitable Diana Vreeland, Vogue abandoned its prim airs and graces. The magazine welcomed the sexual revolution with open arms, and placed itself firmly downtown.

Here we have Edie Sedgwick, part of the Andy Warhol's wild and wonderful Factory set: the original It Girl. 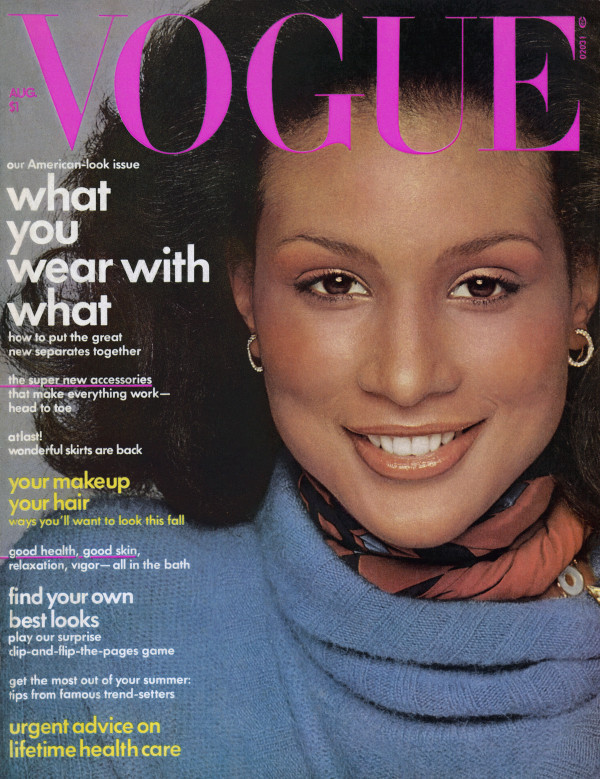 Beverly Johnson was the first ever black woman to appear on Vogue's cover. When she was asked to be photographed for the magazine, Johnson said "You mean there's never been a woman of colour on the cover of Vogue magazine? Are you kidding me? We're in the 1970s." 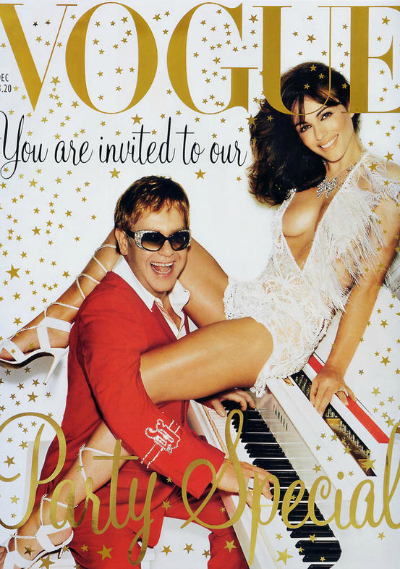 At a time when Elton John was particularly vocal about gay rights, Vogue heightened his visibility by putting him on the cover with his BFF, Liz Hurley. John was also the first openly gay cover-star. 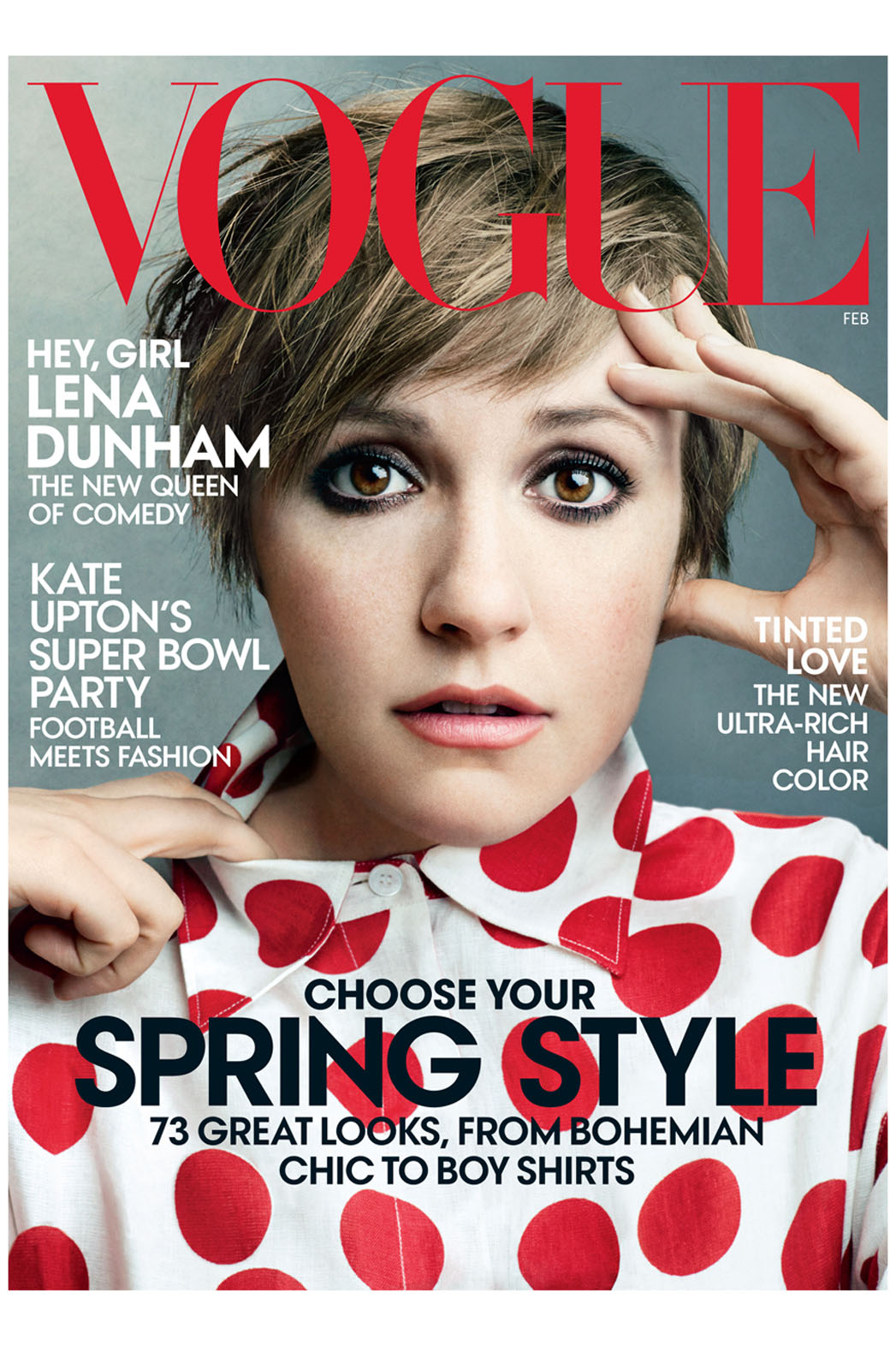 Lena Dunham's cover was a welcome departure from the model brigade. “I never felt bullied into anything; I felt really happy because they dressed me and styled me in a way that really reflects who I am", she said. 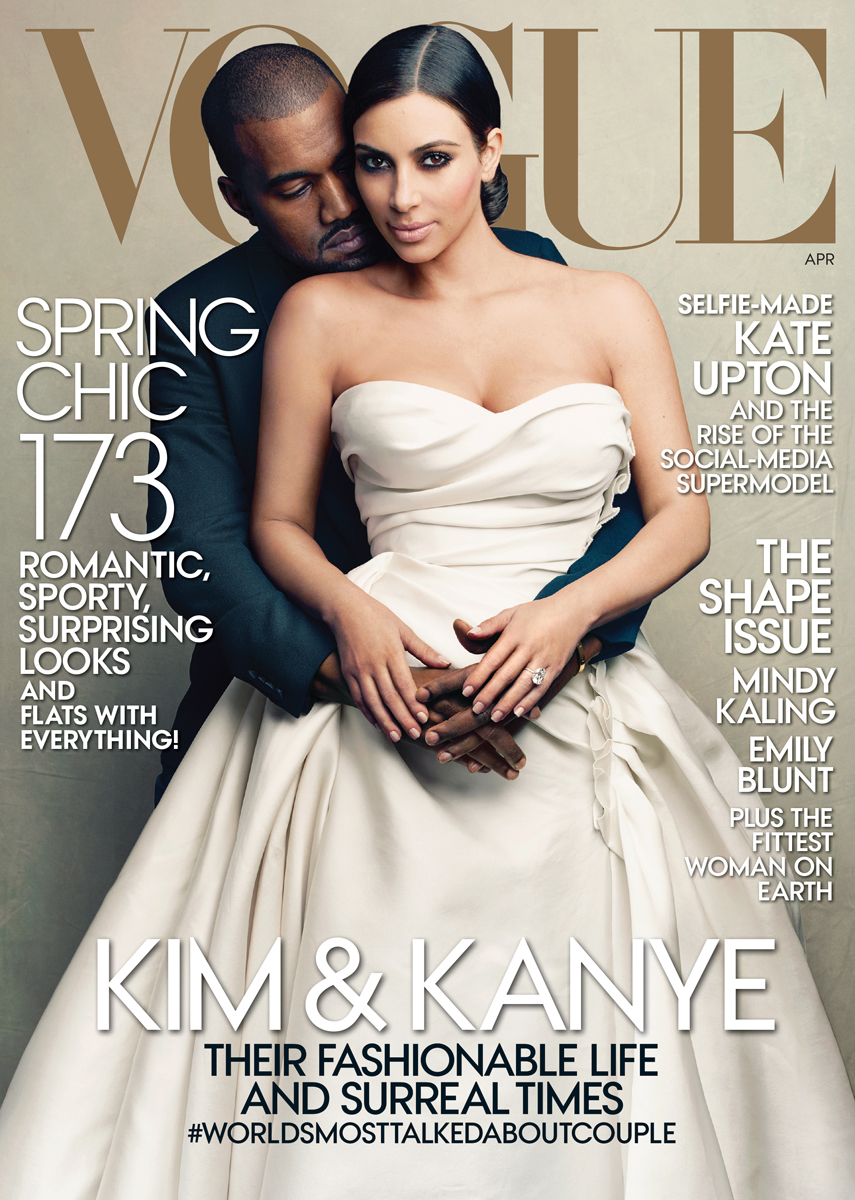 Kim and Kanye's Annie Leibovitz cover-shoot caused a stir in 2014. Wintour was under fire from all corners, but defended her decision: 'I think if we just remain deeply tasteful and just put deeply tasteful people on the cover, it would be a rather boring magazine!'

Tasteful or not, we like the fact that Vogue chose an interracial couple for the cover. 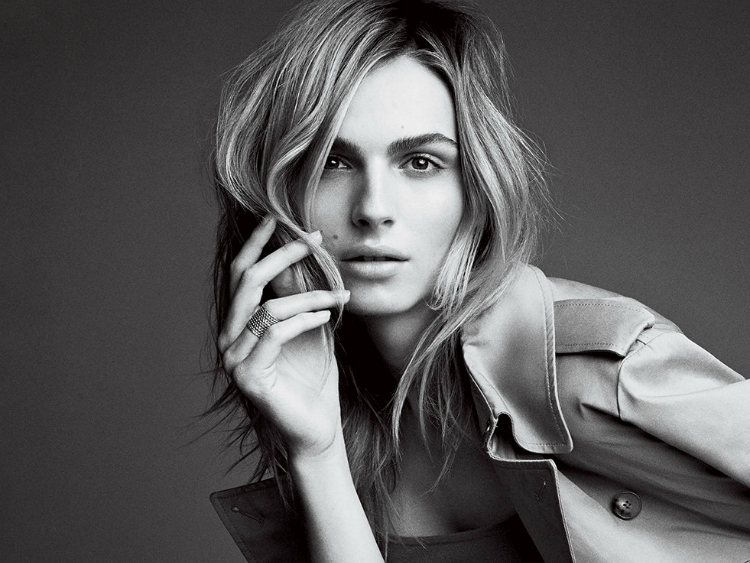 The beautiful Andreja Pejic photographed by Patrick Demarchelier was the first ever transgender model to have been deliberately included in an American Vogue Photo. 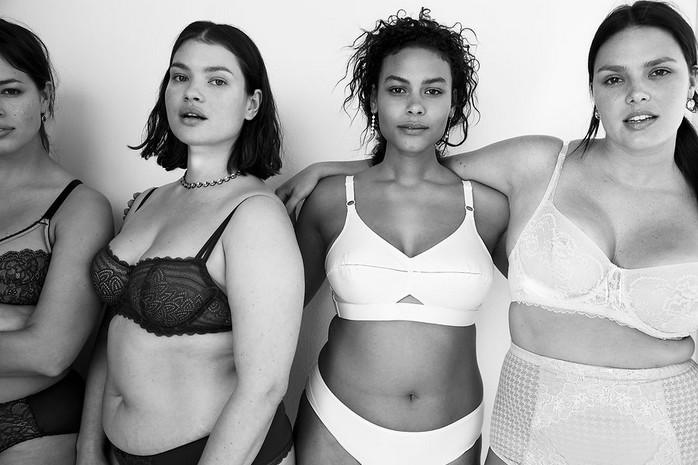 Hurrah! This was Vogue's first ever plus-size shoot. 'The Best Lingerie Comes in all Sizes' was shot in 2015 by Sam Cass. The world rejoiced. 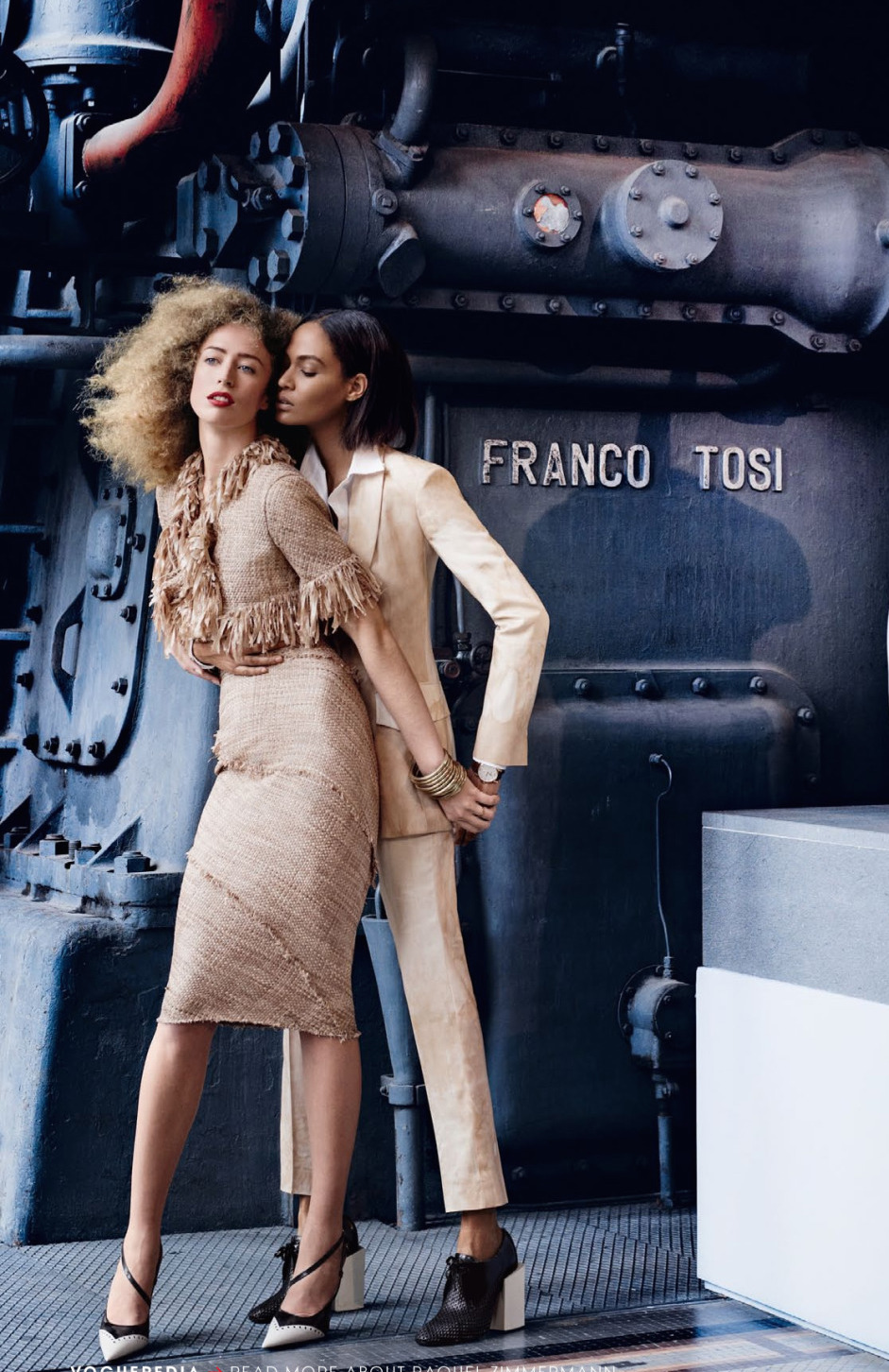 
This year, Mario Testino shot Joan Smalls and Raquel Zimmerman as a lesbian couple in 'To Rome with Love', showcasing 'Spring's New Suits'. An exciting first. 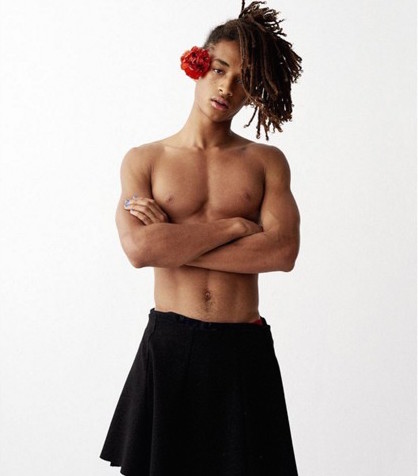 Jaden Smith, son of Will and Jada, is wonderfully androgynous, embracing gender-neutrality with gusto. In January it was announced that he was the new face of Louis Vuitton's womenswear - and here he is wearing a skirt in an upcoming Vogue fashion story. 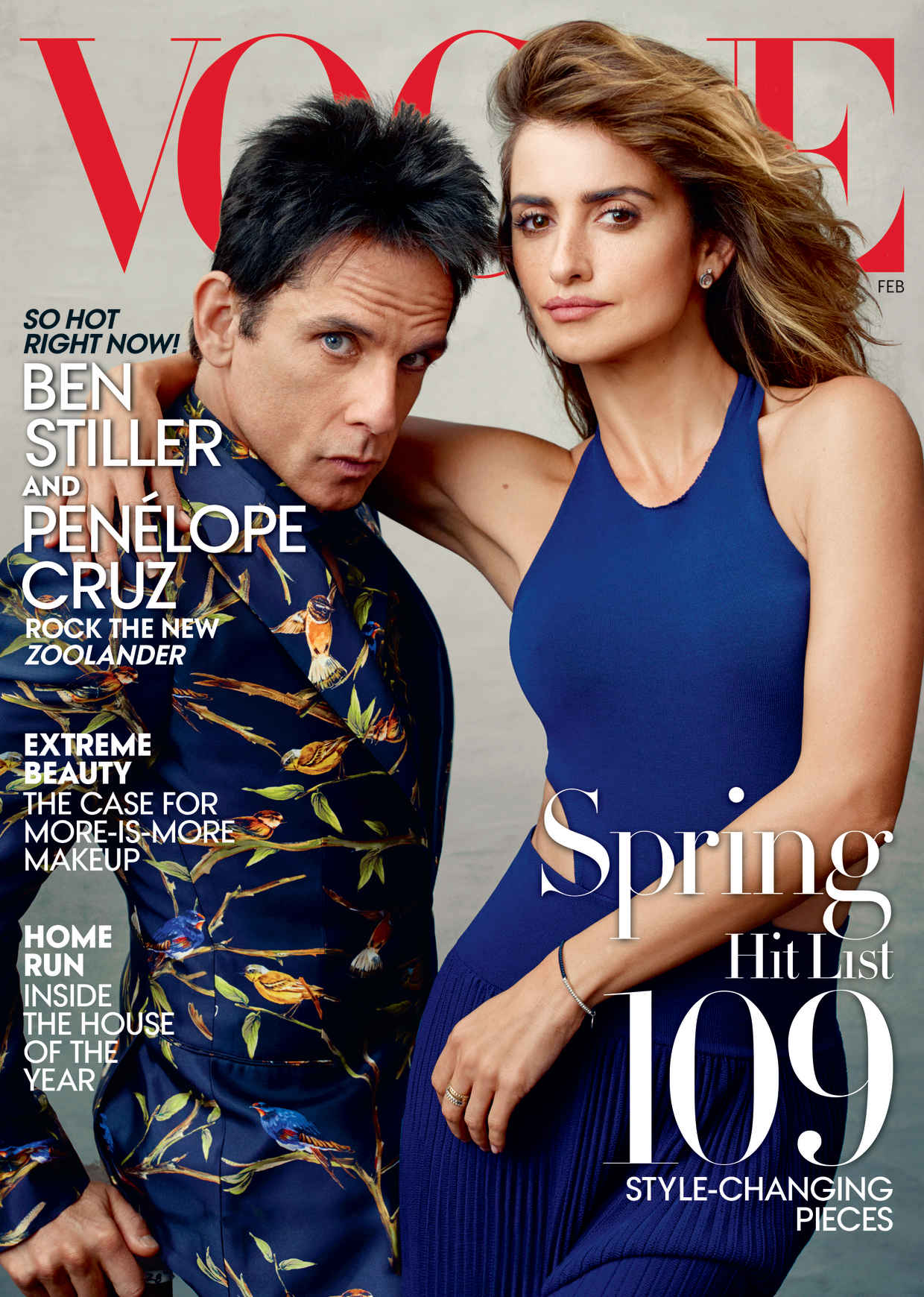 Who knew Vogue could laugh at itself? Here we have Ben Stiller as the character Derek Zoolander alongside Penelope Cruz, ahead of Zoolander II.