From Kanye to festival fever, our guide to most exciting album releases and gigs 2016 has to offer 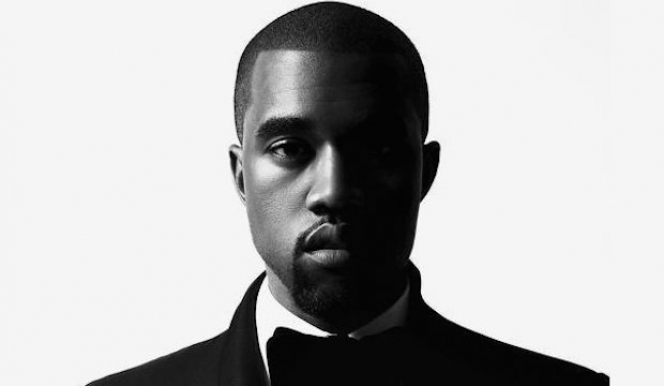 © Kanye West: New album 2016
2015 brought with it an abundance of musical riches. We agonised over our favourite albums, before finally narrowing down our list to a choice ten. But, as firm believers that New Year is a time for looking forwards as well as backwards, it’s only fitting that we select our highlights for the coming year as well. Be they big album releases, smaller gems, or the very best live music that the capital has in store for us, these are our picks for the next twelve months. MAJOR RELEASES

As 2015 comes to its close, there’s no guarantee that we’ve heard all it has to offer. A handful of hotly anticipated albums remain without official release dates and, who knows, they could still prove the soundtrack to the closing days (and nights) of the year. In any case, here are the blockbuster albums we’re most looking forward to hearing, be it this year or next.

For all the accusations of egotism that are thrown Kanye’s way, there’s little doubt that he’s one of the most innovative musicians of his generation. His last album Yeezus was as high-concept as it was high-octane: skewering prejudice in thrilling fashion. It set the bar at vertiginous heights, but if there’s anyone capable of making the vault, it’s surely Kanye. SWISH, his seventh album, is due for release on February 11, and expectations are high.


Radio Silence is perhaps an apt title for James Blake’s third full length outing. Little is known about what the producer, songwriter, and current master of electronic melancholy has in store for us or about when the album will be released. But, if a live recording of the title track is anything to go by, the record looks set to pick up where his soulful sophomore outing Overgrown left off.

Drake – Views from The 6


Drake is among the defining artists of our age. With a perfectly cadenced delivery that seamlessly blends rap and R&B, he’s fast become the poster boy for modern heartbreak. Sensitive to pop culture as to the vagaries of the human heart, his lyrics tell of ill-fated love affairs in the era of timelines and hashtags. 'Views From the Six' is currently without an official release date, but there's little doubt that it's going to be one for the ages.


BEST OF THE REST

Beyond the big name releases, there’s plenty of cause for excitement. Here are the records not to let slip under your radar in 2016.


When Savages released their razor-sharp debut Silence Yourself in 2013, it stood out as much more than an exercise in post-punk revivalism. The whole endeavour was far urgent than that. Their sophomore record Adore Life is due for release on January 22, and in typical fashion, the press release reads as a kind of manifesto. Single ‘T.I.W.Y.G.’ is as compelling as you’d hope, propelled by Jehnny Beth’s ardent vocal: ‘this is what you get when you mess with love.’

Sun Kil Moon is the recording name of distinguished songwriter Mark Kozelek. His style is inimitable: his vocals half-sung, half spoken, and his lyricism heart-breaking in its candour and specificity. February 19 sees the release of his collaboration with genre-spanning experimentalist Jesu. Safe to say, we can’t wait to hear the fruits of their labour. Click here to listen to the single ‘America’s Most Wanted: Mark Kozelek and John Dillinger’


Meilyr Jones is one to watch this year. Formerly of Welsh indie favourites Horses, he’s already released an impressive string of singles. ‘How to Recognise a Work of Art’ is as theatrical and joyous a meditation on artistic authenticity as you’re likely to hear this year and ‘Refugees’, a masterclass in bittersweet balladry. His debut solo album, confusingly entitled 2013, is due for release on February 26.

London’s 2016 gig calendar is already filling up nicely. Alongside the usual run of one-off shows, there are also some special events that you don’t want to miss.

‘In the Round’, The Roundhouse

If you’re looking to kick-start the New Year with some live music, then the Roundhouse is the place to start. ‘In The Round’ runs between January 28 and February 6, and sees the iconic venue’s main space transformed for a series of fully-seated concerts. From upcoming artists like Gaz Coombes to all-time greats like Marianne Faithfull and Mulatu Astatke, this a brilliantly curated programme. Our top pick is soul sensation Matthew E. White who we were lucky enough to talk with earlier this month.

Field Day (June 11-12) is London’s foremost leftfield music festival, and this year’s line-up one of its finest. From icy synth pop to forward-thinking folk to cutting-edge electronica, they’ve certainly got all the bases covered. We’re especially excited for Ata Kak whose highlife-rap fusion we’ve had on repeat this year.

Like Field Day, Citadel Festival (July 17) sees music lovers descend en masse on Victoria Park. This year’s big event is a London exclusive from headliners Sigur Rós, the Icelandic masters of post-rock. It’s hard to think of a better way to spend a Sunday then immersing yourself in the majesty of their soundscapes at one of London’s leafiest havens.