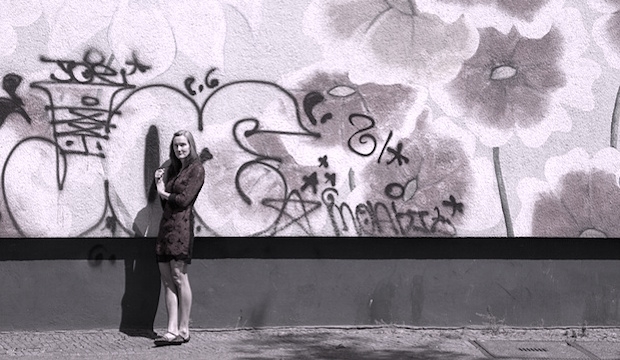 Nell Zink: Mislaid & Wallcreeper out this week
There is nothing commonplace about American novelist Nell Zink. Jonathan Franzen is her agent. She spent the 1990s bricklaying and making a post-punk fan magazine, was briefly homeless and now lives in a German town called Bad Belzig. She's an expert ornithologist. She writes her novels in a matter of weeks. Her debut The Wallcreeper, released last year when Zink was 51, had critics falling over themselves.

Her work is astonishing: sexy, funny, political, complex, manic, operatic. Jump at the chance to purchase the beautiful box-set of her two novels, The Wallcreeper and Mislaid, which is out this week 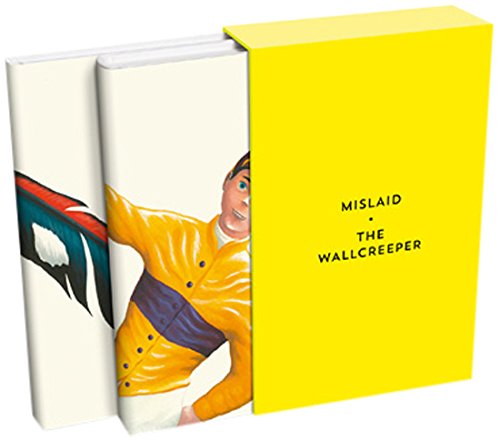 We sat down with the novelist ahead of the release and her LRB Bookshop Talk on June 22.


How does being the subject of all this attention make you feel?

It’s terrific. Even my best friends like me better this way. If they didn’t, I could just do what famous people do and pretend to be friends with my business contacts—especially the journalists. You know how all the successful professional interviewers are extremely charming? They get their stories by seeming so fascinated by you, it’s like you’ve been assigned a new BFF [Best Friend Forever].

I almost feel guilty when they want to get intimate and I have to hit the brakes. Photo shoots, though—no, thanks. They’re the one thing that makes me envy younger authors.

What made you decide to get in touch with Jonathan Franzen? Were you bemused by his interest in you?

I wanted his help publicizing the EuroNatur Foundation’s bird conservation work in the Western Balkans. I was more than bemused—I was outright shocked that he thought I wrote so well.

Would you have been able to write these novels twenty years ago?

Not these novels. I’ve done a lot of interesting reading in the last twenty years, and in my thinking on a lot of subjects you can kind of draw a line between pre-Bourdieu and post-Bourdieu. Reading Pierre Bourdieu’s Distinction and The Rules of Art really affected my head.

How biographical is your work?

So far, I write what I know. That doesn’t mean I’m in the stories, just that I haven’t written anything heavily researched yet about an alien world. I’m still firmly in Nell-land. The Wallcreeper centres on the German environmentalist scene, and Mislaid draws on my own memories of life in the Old South.

Describe your writing regime. What are your tricks for overcoming distractions?

I don’t need tricks. I have a one-track mind. Yesterday I had my morning coffee at eight and sat down to edit an essay, and the next time I moved it was three p.m.—I was very stiff and creaky by then, as well as hungry and thirsty, and my bladder felt truly weird. I guess that tells you I’ve organized my life so that I have zero distractions.

What was the last book you read that shocked you with its brilliance – and what was so special about it?

I just read Tom Drury’s first novel, The End of Vandalism. It’s about an unflappable small-town sheriff in the Midwest, and the tone of the narration is also that way—wise, unexcited, very accurate in reproducing how people speak, and so very funny. He takes this tone and applies it to increasingly punishing situations the characters face, like he’s trying to break their composure. It’s a wonderful book.

What’s your favourite place to work?

I work sitting on a mattress at home, and I never work anywhere else, so I couldn’t say.

You're a keen birder; do you have a favourite bird?

Long-tailed tits because cute. Tiny, round, fluffy, tiny bill, long tail. In winter they sleep snuggled up together for warmth. So cute.

Is there a writer you think deserves more attention?

Here I have to say I wish someone somewhere would translate Avner Shats’ novel Sailing Towards the Sunset from Hebrew into English. He’s my best pal and I can’t read his stuff!

Is there a work of art that makes you cry?

Independent People by Halldor Laxness—a classic of Icelandic literature—is I think the most depressing novel conceivable. So good it makes you want to lie face down sobbing in protest until justice is served. Which I guess would involve evacuating Iceland and letting those poor innocent suckers go somewhere warmer. I’m so glad they discovered geothermal energy.

I just finished Anne Tyler’s classic Breathing Lessons and next on my list is Death and Mr. Pickwick by Stephen Jarvis. I had lunch with the publisher and he forced it on me, but I think it might actually be fun. It’s set in the publishing world that gave rise to Dickens.

What are you working on now? Are you writing full time?

I recently drafted and sold a new novel, Nicotine, so I’ll be revising it this summer.

Novels The Wallcreeper and Mislaid together on June 18th. Zink will talk at the LRB Bookshop on June 22.