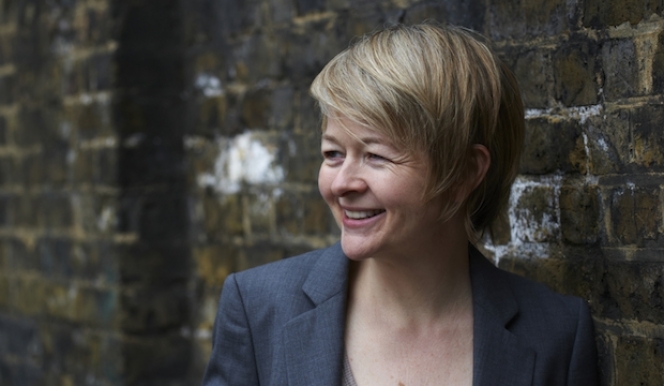 CW: What led you to write The Paying Guests?

SW: I was intrigued by the 1920s, a period I hadn't written about before. I felt I had seen many images of high-society life in the decade, but I wanted to know what life was like for more 'ordinary' people - lower-middle class people, for example, or people living in the suburbs. I began to read up on some real-life murder cases as a way of getting at that information - then became taken with the idea of love triangles, passion and violence.

How much of your own experience is reflected in your work?

A lot, but quite obliquely. Every author has a fund of memories and observations that they squirrel away for possible use - a sort of mental lumber-room, from which items can be pulled out and tried in a narrative. Sometimes they fit, sometimes they don't - in which case they might be tried again in another setting, or returned to the shadows and quietly left to moulder away.

A sign that a novel is taking off for me while I'm writing it, however, is when its characters' stories begin to feel entirely their own.

Describe your daily routine while you’re writing. What are your tricks for overcoming distractions?

I treat writing very much as a job; it could overwhelm me, otherwise. So I write Monday to Friday, starting about 8.30 in the morning and pushing on until about 4, whether I feel like it or not (I generally don't). After that I'll usually spend some time reading for research; I never feel properly released from the working day until 6pm. But then there's all the admin, answering emails, writing occasional small things (like this): that all has to be fitted in too, and usually gets relegated to weekends.

Distractions can be a problem, especially with the internet beckoning. But I'm pretty disciplined. I love my job, even though it exhausts me and sometimes plunges me into despair. If I have an idea for a book that I really believe in, I want to do my absolute best to bring it to life. And to know that there are readers looking forward to my work - what a privilege that is! I want to deserve their anticipation.

What was the last book you read that really wowed you – and what was so special about it?

I loved Sarah Perry's After Me Comes the Flood. It's an amazing debut novel, enigmatic and original and beautifully written. I'm longing to see what she does next.

I've just finished re-reading Orwell's 1984, which I last read aged seventeen. It struck me as more playful, yet also more disturbing, this time. And next I plan to treat myself to a Hilary Mantel novel that I haven't yet got round to: A Change of Climate.

What’s your favourite place to work and why?

I have a study at home that suits all my needs: it's large and airy, tucked quietly away at the top of the house, and has a view of my neighbours' gardens with, in the distance, the local gasworks. The only drawback is that there are thirty-nine steps between me and the loo.

What have you booked to see this year (shows, exhibitions, concerts)?

I've just bought tickets for a slew of plays at the National Theatre: Light Shining in Buckinghamshire, Our Country's Good, Jane Eyre and Pomona. But I'm even more excited to be going to see Gypsy, starring the wonderful Imelda Staunton, at the Savoy.

What would you be if you weren’t a writer?

The Women’s Prize for Fiction was set up in response to a lack of recognised female writers. Is the industry still a Boys’ Club? Have you ever experienced any nastiness in that respect?

I've never experienced any nastiness, no, and to me the industry feels overwhelmingly female - though it's striking, and telling, that most of the top publishing jobs are occupied by men.

I think there's a problem with the reception, rather than the creation, of books. Women's writing is reviewed less often than men's, and is sometimes taken less seriously by male readers - or is simply not read by them at all. I've several times had the experience of being introduced to a man who's said to me, quite well-meaningly, 'Oh, so you're an author? What sort of thing do you write? Romances?' Not that there's anything wrong with writing romances, but, really, would they say that to a man?

Is there a female writer you think deserves more attention, and why?

I'm a big Rebecca West fan. She was once one of the most famous writers in Britain and the US, but hardly anyone seems to read her now. It's a shame - her novels are amazing, ferociously intelligent but also funny and warm and sometimes heartbreaking. The Return of the Soldier is a small masterpiece.The Birds Fall Down is breathtakingly good. Oh, but they're all great.

Sarah Waters' latest book The Paying Guests is out now.

The Baileys Women's Prize for Fiction finalists will be reading at the Southbank Centre on 2 June. Click here for more information and to book.