Sylvie Guillem Farewell: performances that made her career 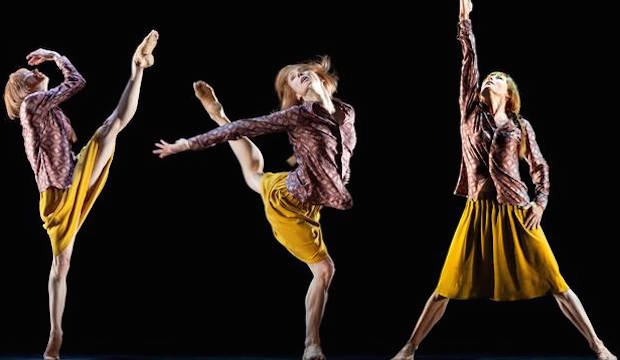 Sylvie Guillem, Ballet Dancer
Sylvie Guillem: tickets for her final tour sold out at lightning speed, and the announcement of her retirement was headline news across the world. It's a fitting end to a career that has spanned continents, dance forms and lit up the stage for over thirty years. More tickets have since become available for the Life in Progress Sylvie Guillem farewell tour, and it's a second chance not to be missed.

Who is Sylvie Guillem?

Daughter of a French mechanic and a gymnastics instructor, Guillem became an internationally acclaimed ballet star from an early age. But even now, at 50, she strikes an imposing figure on stage for her spectacular technique and dramatic skill.

At age 11, she was preparing for Olympic success as a gymnast until a year exchange programme sent her to the Paris Opera Ballet school. We'd like to think it was love at first contact, but for Sylvie Guillem, ballet was a trial - she told Intelligent Life “the notion of pleasure was not there at all.” Until the end of term show, that is, when she discovered the love of the audience, and her power over them.

Guillem shone as a student - watch her below in class at 14. Enjoy the slight wobble, that hasn't been seen from her for a good thirty-five years.

When Rudolf Nureyev arrived as Director at the Paris Opera Ballet to shake things up, he made her the youngest ever étoile, her star quality very much apparent at the young age of 19. But not everyone agreed, and she was criticised by some for her trademark hyperextension, the implausibly long legs that struck 6 o'clock with ease and power, which some thought tasteless and flash.

Under Nureyev's direction she illuminated some of classical ballet's most exquisite roles, particularly Nureyev's own settings of Swan Lake and Don Quixote, and her Giselle was a much-remarked marvel. The dancer and director remained friends until the end of Nureyev's life.

But for Sylvie Guillem, dance only within the confines of classical repertory was not enough. When the Paris Opera Ballet performed William Forsythe’s In the Middle Somewhat Elevated in 1987, it was a breath of fresh air for her. Forsythe put her in the centre, with her favourite partner Laurent Hilaire. The choreographer for one admired her incredible flexibility, remarking “she never just whacked her leg up because she could. It was an idea, an aesthetic choice that she consciously made and she changed the ballet world with it.”


Sylvie Guillem: contemporary dance, in In the Middle, Somewhat Elevated

When an offer to join the Royal Ballet came in 1988, it promised more freedom to choose her work and expand her range than she enjoyed in Paris. And the freedom wasn't wasted on her. Her decisive, blunt approach earned her the nickname 'Mademoiselle Non' from director Anthony Dowell.

Their spikey relationship was only worsted by that between the dancer and Kenneth Macmillan, choreographer at the Royal and something of a god within its walls. An argument between them accidentally broadcast over the company tannoys has become the stuff of legend. And yet she is one of the foremost interpreters of several Macmillan roles, Manon in particular. Sarah Crompton wrote, on seeing Guillem's last performance of Manon in Milan in 2011, "her desolation and terror reduced people to tears," and compared her to Margot Fonteyn.

Guillem was also the first ballerina to dance Marguerite, in Frederick Ashton's Marguerite et Armand, after the star for whom it was created - Margot Fonteyn. 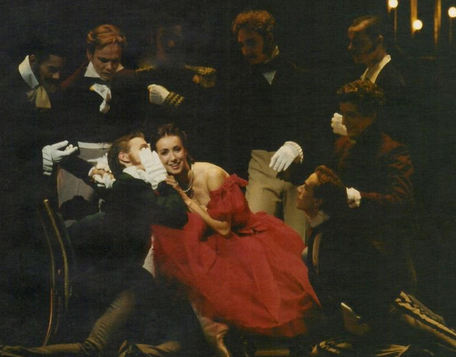 Guillem didn't in fact leave the Royal Ballet for good until 2007 - she had been Principal Guest Artist there for 19 years. While many audience members will remember her as a supreme interpreter of roles like Juliet and Giselle, Guillem herself is not one for looking back. This last Sylvie Guillem tour features almost exclusively new works, and all are contemporary. The programme features the choreographers with whom she has formed the strongest bond, and whose works have been the signposts of her singularly self-directed career: William Forsythe, that first breath of air into her classical world, Russell Maliphant, Akram Khan and Mats Ek.

Sylvie Guillem performances 2015 to include work by Russell Maliphant

Guillem discovered Russell Maliphant when dancing with Ballet Boyz Michael Nunn and William Trevitt at the Royal, and forged a relationship strong enough that she persuaded the reluctant performer back on stage to dance a duet with her. The resulting work, PUSH, wowed audiences with its quiet sense of balance, and won a South Bank award. Guillem will perform Maliphant's new work alongside Emanuela Montanari.

Finally, Guillem will perform a solo from Swedish choreographer Mats Ek, Bye. The piece was the highlight of her 6,000 miles away programme in 2011, the dancer perfectly capturing Ek's whimsical, gestured style.

What is Sylvie Guillem doing now?

With a work ethic admired across the industry and a body seemingly made for dance, everyone wonders what Sylvie Guillem will do next. As an ambassador for environmental group Sea Shepherd, she may dedicate her time to the ecological campaigns that have interested her more and more in recent years - 6,000 miles away was in part in aid of that ocean conservation charity. She may simply retreat to her Swiss mountain home, with her photographer partner Gilles Tapie, or tend to her olive trees in Italy.

The dancer has mentioned the possibility of a foray into theatre, and we rather hope this is her choice. The stage without Sylvie Guillem is certainly a duller place.

For more information about Sylvie Guillem: Life in Progress, read our preview here.