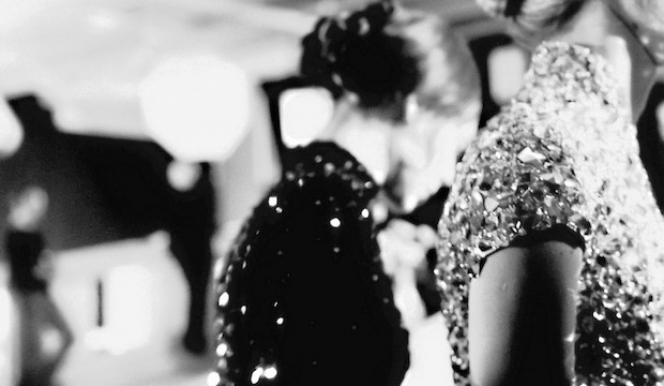 McQueen/Swarvoski SS09, photo by Claire Robertson
Swarovski crystals have a long history of collaboration with the arts and in particular with fashion. A modern day patron for emerging designers and artists it was no surprise that the brand supported the work of McQueen from the start.
Culture Whisper spoke with Swarovski director Nadja Swarovski about the brand's role in the forthcoming exhibition, their long collaboration with Alexander McQueen and Swarovksi's work with the V&A.

Culture Whisper: Swarovski and McQueen have had a fascinating and incredibly productive collaboration. How did the partnership begin? Can you talk a little about the projects undertaken and your favourite memory during the time your two brands worked together?

Nadja Swarovski: Our relationship with McQueen goes back to the late 1990s when I was introduced to him by Isabella Blow. I was already aware of his astounding talent, but the first time we met, in his tiny studio in north London, I was surprised by how reserved he was. I was expecting a personality as exuberant as his designs, but he was really rather shy. Of course he was incredibly generous with his friends and colleagues, and. when I was leaving that first meeting, he gave me a stunning yellow leather coat from his collection. I’ve still got it today and I’ll cherish it forever – it’s amazing and so beautifully cut. 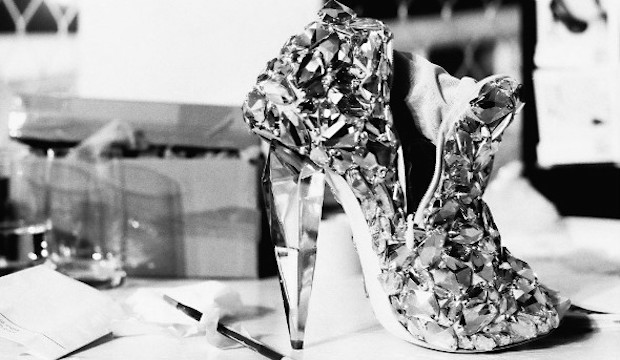 We immediately started collaborating with him on his Spring/Summer 1999 collection. My favourite moment was probably when we took him to our archives in Austria for the first time. He was like a child in a sweet shop, looking at all of the crystals and coming up with fantastic new ways to use them.

CW: What did you see in McQueen's designs that you thought matched with the Swarovski brand?

NS: Swarovski has a really long history of working with fashion designers, and a real affinity for helping the industry’s top talents express themselves creatively, so I instantly knew that we could do something interesting with McQueen. He knew how to use a creative material, in our case crystal, in completely innovative and challenging new ways. That’s really when collaborating with someone is most satisfying, when their thoughts and feelings help you re-evaluate yourself and your own ideas. It’s a spirit that goes back to our founder Daniel Swarovski, who used to travel from Austria to Paris at the turn of the last century to meet designers like Charles Worth and Jeanne Lanvin who were building the first haute couture houses. Each season he developed and expanded the range of crystals he sold them according to their feedback, all in order to help them deliver their creative vision. It was the same with Alexander McQueen. The way he used our crystal mesh was totally revolutionary. He really helped us push forward with our own product innovations and also reconnected us with our haute couture heritage. 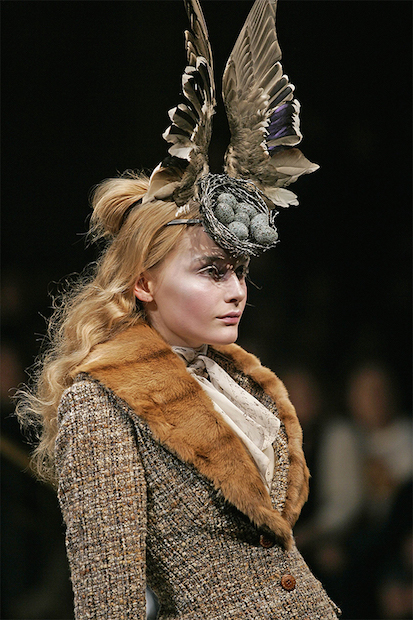 CW: What do you think is so mesmerizing about the McQueen legacy that renders his brand such a source of fascination today?

NS: Alexander McQueen has left a lasting legacy for one single reason: his incomparable talent, which has totally changed the landscape of London and British fashion. He was a boy from the East End who started as a tailoring apprentice and managed to build a global fashion brand based around his unbelievable vision. Of course, the clothes were fantastic, but the way he created a spectacle and a story around his collections and his shows really added to the feeling that he was always doing something different and truly special.

CW: Alexander McQueen’s connection to London seems to be an important feature of the new exhibition at the V&A. Could you talk a little about Swarovski’s relationship to the city?

NS: London is a hugely important creative centre for Swarovski. It is of course a world city, but over the past twenty years or so it has been a pleasure to watch it become a global hub for talent when it comes to fashion and jewelry design, and so many of the world’s most exciting young designers, like Alexander McQueen himself, have started their careers here. Our own Swarovski Collective currently supports emerging talent in Paris and New York as well as in London, and the UK-based designers we’ve worked with like Mary Katrantzou, Erdem, and Christopher Kane are now making waves globally. Ultimately, I think that the city’s breadth
and diversity really come through in its creative output.
Read our McQueen: Savage Beauty preview here

CW: Could you tell us what you are most looking forward to seeing come to life at the exhibition?

NS: One of my favourite pieces in Savage Beauty is the Bird’s Nest Headdress, which was created using Swarovski Gemstones by Philip Treacy and Shaun Leane for McQueen’s Widows of Culloden show for Autumn/Winter 2006. It’s such a beautiful piece, but it’s also testament to McQueen’s talent for working with other members of his ‘fashion family’ as well as a demonstration of his respect for fine craftsmanship. The combination of Philip’s talents as a milliner, Shaun’s as a jeweler, and the way they combined their different skills to collaborate on showpieces with our Swarovski crystals and gemstones was just sublime.

CW: Swarovski has had a long relationship with the V&A, notably the Fashion in Motion show in 2004, could you tell us more about this partnership and how your brand is shaped by collaborations with art galleries and cultural spaces?

NS: Supporting cultural projects and major institutions like the V&A is one of the things we are proudest of at Swarovski. We’ve recently collaborated with Lanvin and the Palais Galliera in Paris on the first retrospective of the brand’s founder Jeanne Lanvin, which opens next month <March>. Our history with Lanvin goes back over a hundred years to the early days of the company, when Mme Lanvin made lavish use of Daniel Swarovski’s couture chatons. For this current exhibition it was the Galliera’s director Olivier Saillard, with whom we had worked for the 2013 Haute Couture exhibition at the Hotel de Ville in Paris, who contacted us and asked us to be involved when he saw how many of our crystals there were in the Lanvin archives. The pieces in the show include an ornate black silk ‘Bel oiseau’ evening gown from 1928 which features delicately embroidered metal and Swarovski crystal embellishment in the shape of a bird. It sits at this amazing point between the bias cuts and glitter of the 1920s and the more sober colours of the following decade, and I think it perfectly embodies our involvement with one of fashion’s biggest names, who like us, was always ready to push forward exciting new
ideas. 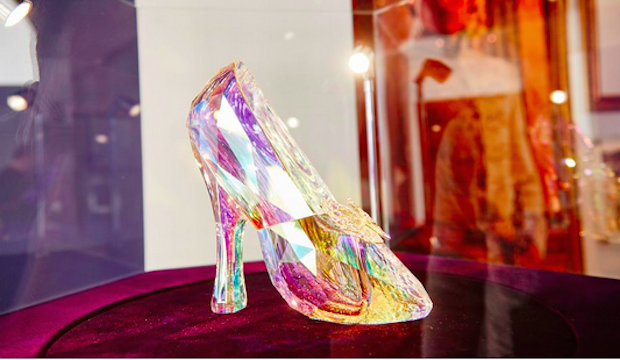 CW: Is Swarovski working with any other designers at the moment?

NS: In fashion our current Swarovski Collective is marking its 15th anniversary with an enhanced two-season programme, which we will round off with the first ever Swarovski Collective Prize next month, when we award €25,000 to one of the Collective members for their innovative use of crystal in their collections. In jewlery, we’ve just unveiled a new collaboration between Atelier Swarovski and Shaun Leane, the Swift collection, which was inspired by the special tiaras he created with us for this year’s Vienna Opera Ball. We’ve also worked with Oscar-winning costume designer Sandy Powell on a capsule collection of fashion jewellery for Atelier Swarovski, which was inspired by the old school glamour of Cate Blanchett’s wickedly stylish Stepmother in Disney’s new live-action ‘Cinderella’. It’s Sandy’s first ever jewellery collection, and as we also created Cinderella’s crystal slippers for the movie, it’s the perfect way to celebrate our involvement in the film.

By India Doyle and Alice Godwin