Another side of Alexander McQueen: We talk to his friend, the photographer Gary Wallis 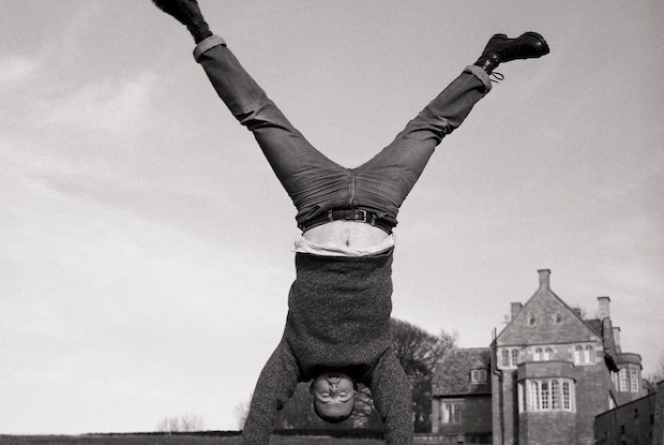 McQueen by Wallis
There are three shows celebrating McQueen in March: Savage Beauty at the V&A, Alexander McQueen at Tate Britain, and then there is McQueen: Backstage - the Early shows, an intimate and personal exhibition at Proud Chelsea of photographs of the designer taken by his friend and collaborator Gary Wallis.

In the hype and excitement surrounding the show a the V&A, it is Wallis in fact who is most aptly placed to provide insight into the real McQueen. His forthcoming exhibition 'McQueen: Backstage - The Early shows' at Proud Chelsea does just that.

Gary Wallis befriended Alexander "Lee" McQueen first at Central St Martins. Wallis says that even though he went on from his foundation to specialise in graphic design, he was always hanging out in the Charing Cross Cafe of the old building (the college has since moved to Kings Cross) with the fashion students - of which McQueen, who was completing his MA, was one. 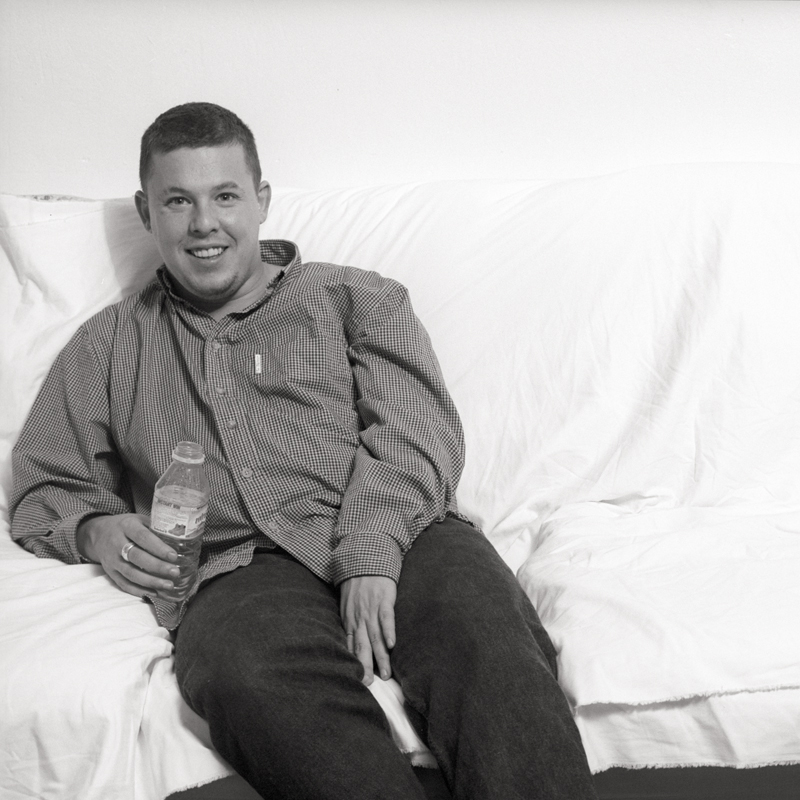 Central St Martins was an exciting place at that time, spawning some of the most influential fashion designers working today. Major names such as John Galliano, Matthew Williamson and Stella McCartney all came up through the ranks in the late eighties and early nineties; it was a time of massive creativity and freedom, when art school was buzzing with innovation.

In amidst this hub of creative output McQueen still managed to differentiate himself, producing clothes that have rendered him one of the most celebrated British fashion designers of our time. "It is not enough to just try and be shocking, it has to mean something and be backed up by hard work, creatively and skill." Wallis reflects on McQueen's success, citing the designer's previous experience on Savile Row as a time which gave him unparalleled technical skill. "He could de-construct anything".

When McQueen asked Wallis to photograph his graduate collection, Jack The Ripper Stalks His Victims in 1992, neither of them anticipated what would follow. What happened in fact was to shape McQueen's entire career trajectory. Isabella Blow, Alexander McQueen's avid supporter, widely influential socialite and fashion muse bought the entire collection in a move which consequently propelled the designer into the spotlight for the first time. 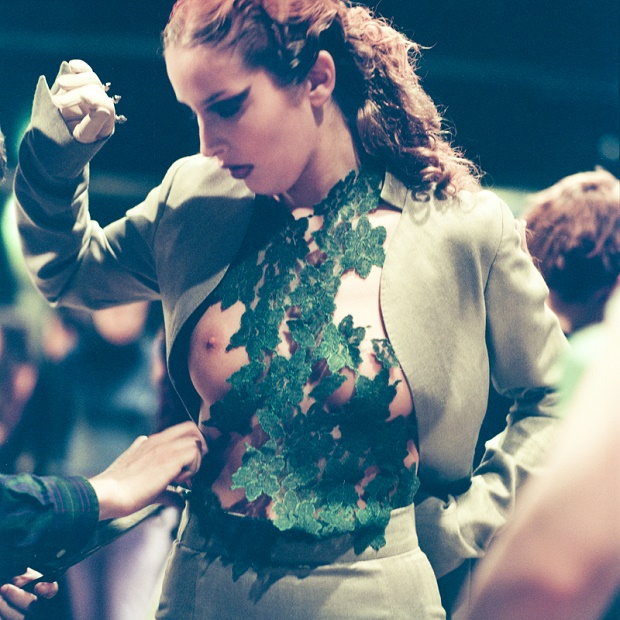 Isabella Blow continued to play an important role in McQueen's career, hanging out backstage during his first professional shows with friends such as Vogue contributing editor Plum Sykes who modelled his early designs. "It was just a really happy time" Wallis remembers fondly.

For Wallis, this friendship also marked the start of an illustrious photography career which saw him photograph backstage not only at the McQueen shows but also at designers such as Matthew Williamson. His insider's view, which invites the audience to look beyond the glamour of the catwalk also marks the launch of his book: Archive: McQueen: Backstage - The Early Shows. A future release of a wider compilation of backstage shots will potentially follow later on. 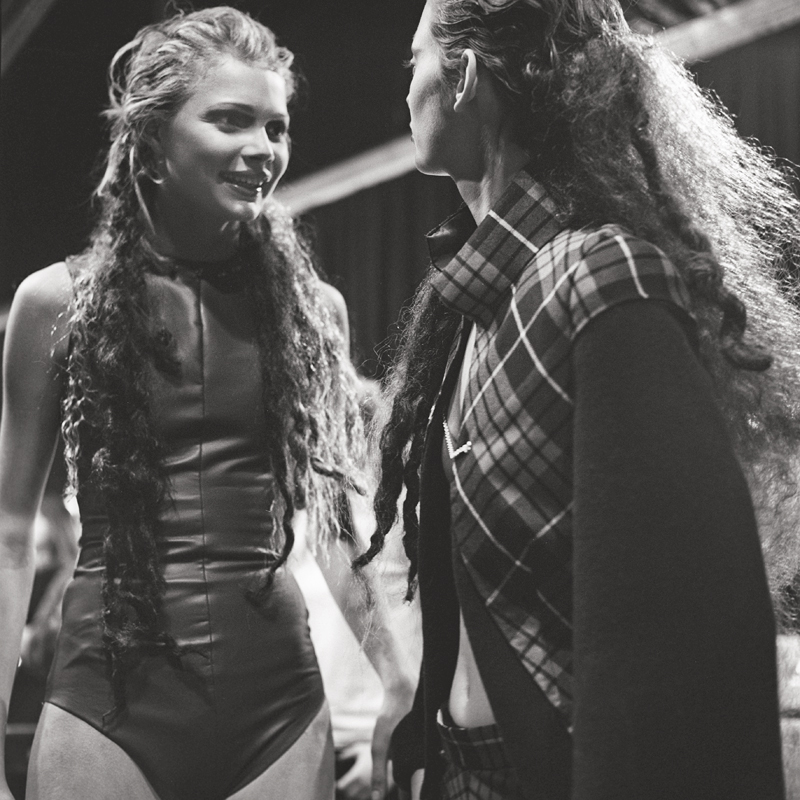 And what does he think of the other exhibitions opening, isn't the V&A's title a bit sensational?

"I actually like the title Savage Beauty, I think the contrast and contradiction is something Lee would have liked."

The book, Archive: McQueen: Backstage - The Early Shows will be released on Big Smile Publishing on 3rd March 2015.