PRACTICAL: Booking opens tomorrow for the Barbican classical music season 2015/16. We have carefully selected the highlights for your convenience. 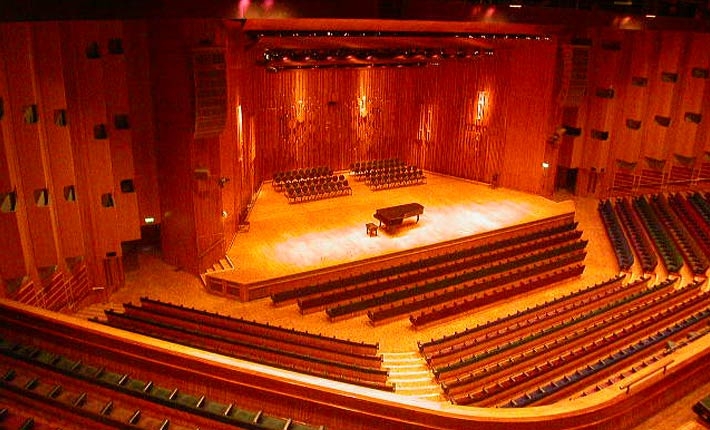 Online booking from the centre’s website opens on Wednesday 4th January, and if previous seasons are any indication the choicest events will sell out long before the season itself starts. Here is our guide to some nigh-certain highlights, concerts that run the gamut of classical genres and styles. By and large, they are both accessible to newcomers and a treat for the committed concert-goer.

It has become common speculation that Sir Simon Rattle will follow his decade and a half with the Berlin Philharmonic by taking over the London Symphony Orchestra. If he does, it will be a revelation – few conductors engage with their musicians and audiences like Rattle. For now, however, Londoners can get a taste of Rattle’s mettle by attending one of his six appearances this season. Ranging from a gargantuan Haydn oratorio to a compressed Messiaen masterpiece, his selection is as exquisite as it is varied.

The highlight, however, looks to a be a semi-staged production of Pelléas and Melisandré, Claude Debussy’s sole opera. A luminous piece that refutes bravura arias for a continuous, constantly evolving musical mist, it promises to be a beauteous experience. It is opera at its most organic and elegant, shorn of the genre’s more contentious traits. Peter Sellars, Rattle’s long-term collaborator, will direct; when the pair last took on Pelléas in 1993, they created one of the wildest, most exciting versions ever staged. And the international cast holds astonishing potential, with Christian Gerhaher, Magdalena Kožená and Gerard Finlay in the central roles.

Tenor Ian Bostridge chilled hearts with his sell-out performance of Schubert’s Winterreise this January, and engaged minds with his compelling book on the song cycle. It’s a relief, then, that he plans to return for more in 2016. The Dark Mirror is a theatrical production centered around Schubert’s greatest songs, richly orchestrated by contemporary composer Hans Zender and performed with the Britten Sinfonia. In the hands of Netia Jones (Alice in Wonderland, Curlew River, The Kafka Fragments) – dubbed “the most imaginative director of opera working in Britain today” by The Observer – it looks set to be something very special indeed.

Following on the heel of Joyce DiDonato and Barbara Hannigan in their 2014/15 season, the Barbican continues its commitment to showcasing world’s finest female singers. First up is soprano Natalie Dessay, the French ingénue who recently quit the opera stage after a relatively brief but utterly luminous career. Her recital will take in a capacious selection of songs, with work from Schubert, Mendelssohn, Liszt, Faure, Bizet and Duparc.

Next up, a week before Christmas, comes Italian Cecilia Bartoli, baroque and classical vocalist extraordinaire. She will be joined by tenor Rolando Villazon for an evening of bel canto arias and duets, drawn from the operas of Mozart, Rossini, Bellini and Donizetti. Bartoli has recently devoted much time to directing the Salzburg Festival and researching obscure eighteenth century pieces, so this is likely to be the only chance to catch her in the UK all year.

Last, but by no means least, the centre will award its annual Artist Spotlight to Rénee Fleming, New York’s ‘people’s diva.’ Fleming is a genre-crossing musical superstar, with classical, jazz and indie rock albums and four Grammys. Over two days, she will showcase her versatility by performing pieces from Schumann, Debussy, Strauss and Andres Hillborg, whose The Strand Settings was written especially for Fleming. Sir Georg Solti claimed her voice equal to that of Renata Tebaldi – visit her residency to discover why.

The human voice isn’t the only instrument spotlighted – the Barbican will also play host to an international bevy of piano greats. There is Stephen Hough, known for his clarity and the spiritual richness of his style, playing Schubert, Lizst, Franck and a new sonata of his own. There is Evgeny Kissin, the key-pounding Russian who can be always be relied upon to impart gigantic dollops of drama, in a recital that includes Beethoven’s tempestuous Apassionata. Cherished virtuoso Murray Parahia returns for a solo recital, with the programme yet to be announced – we will provide details as soon as they are available. And, after collaborating with Sir Simon Rattle and the LSO, Pierre-Laurent Aimard, Boulez’ pianist of choice, will take to Milton Court to perform Messiaen’s gargantuan Vingt regards sur l’enfant Jésus.

How to get tickets

The team at Culture Whisper have prepared previews for the events covered above. Members can follow the links to find booking details for each, allowing you to catch the events you’d like to catch. Throughout the year, we’ll be continuing to select the season’s most exciting events.

For booking reminders, our exclusive preview content and useful information tailored to your personal interests, click here to see our membership options.