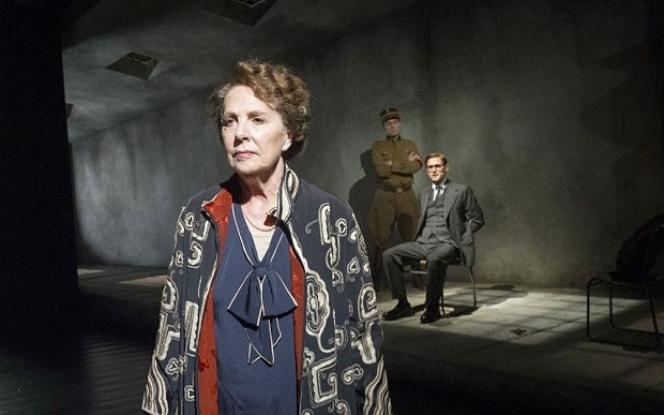 Taken at Midnight, Penelope Wilton: photo by Alistair Muir
Hans Litten was a bravura lawyer who subpoenaed Hitler and then paid the price for daring to cross-examine and interrogate the Fuhrer. His story is something of an obsession for Taken At Midnight playwright Mark Hayhurst, who first shed light on this unknown figure in 2010 with a BBC drama The Man Who Crossed Hitler and then a documentary, To Stop a Tyrant.  But Hayhurst's masterstroke in adapting this fascinating true life tale for stage is switching the perspective -- focussing not on the demise of the lawyer, but instead on the ceaseless struggle of his mother Irmgard to save her son.
Click here to read our preview of Taken At Midnight
As the show shifts scene by scene from vignettes of Hans in increasingly bleak prison and death camp confinement to Frau Litten's mission to free him, the script brims with the intelligence and tenacity that makes this particular Nazi Germany tragedy (just 'one of six million' admits the playwright) so absorbing. Taken at Midnight is, inevitably, devastating but both the writing and the performances are perfectly pitched, without a fleck of over-acting or a flicker of hysteria. 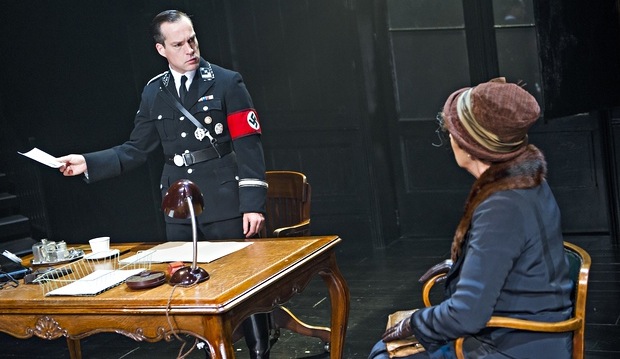 Martin Hutson as Hans shines with the fast-flowing eloquence that marked him as a target to be taken and imprisoned. Quips are sharpened by their tragic context and the inescapable awareness that such spirit was, literally, being beaten out of the prisoners. Pip Donaghy as Erich is a driving force of the humour, with a buoyancy that endures right to a bitter end. As the artfully implied violence and deprivation of his imprisonment wear Hans down, Huston does a valiant job of keeping flickers of the defiant hero in the pitifully broken frame of the victim.

With a stronghold in the role of the beleaguered gentlewoman who rises to a challenge, Downton Abbey star Penelope Wilton could not be better cast. Her poignant portrayal of Frau Litten, a mother on a mission, is heart-wrenchingly candid, without a tear in sight. Cynicism stabs through as she communicates directly with audience: "These men talk of the 1000 year reich' she muses while being kept waiting by the Gestapo, "I wonder if it is that which slows them down". With a resourcefulness borne of desperation Irmgard pleads her case to a variety of ultimately ineffectual men. And, as she explains how a woman's bravery means acting before stopping to weigh up the odds in an oddly intimate chat with a Gestapo officer, the show unfolds from the specifics of the Nazi regime to give a profound and not even slightly cheesy portrait of maternal devotion.