EDITOR'S PICK: Brand new at the National Theatre, David Hare's 'Behind the Beautiful Forevers' is a technical marvel with a great deal of bite, says Ella Cory-Wright 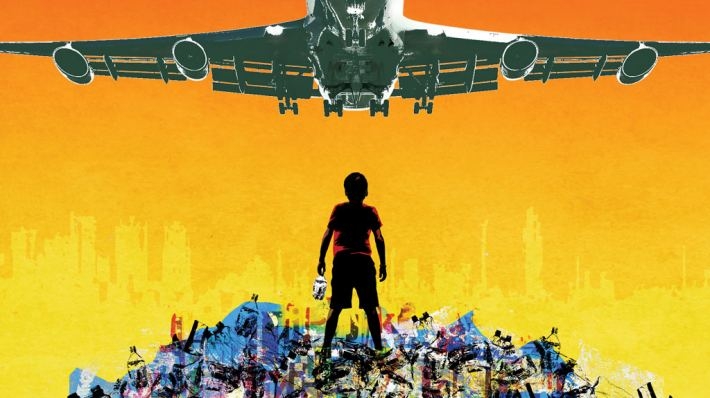 Culture Whisper Review: 'Behind the Beautiful Forevers'
Alongside the clang and glint of Mumbai ‘s modernised airport stretches Annawadi, a swathe of slum, succinctly articulating India’s inequality. Flanked by luxury hotels and make-up adverts which gush “Beautiful Forever”, this small patch of land is home to 3, 000 people in makeshift shanties. The result is a squirming settlement, quickened by the circling hulk of bulldozers and, further off, global recession.

It is this community that is represented, with great success, by the National Theatre’s incoming director Rufus Norris, in 'Behind the Beautiful Forevers'; a noisy, vigorous technical marvel.

Scripted by Olivier Award-winning veteran David Hare, the play is adapted from Katherine Boo’s 2012 non-fiction account of the same name. The Pullitzer prize winner spent more than three years in the slum. The resulting work is Dickensian in scope; thick with the kind of stories that surpass fiction. The play picks out a few of these threads for its plot, focusing on Muslim rubbish picker Abdul Husein and his family’s dispute with a vengeful neighbour, Fatima. Her drastic payback shakes and then topples the precarious community.

Norris’ project was incredibly ambitious. To summon the chaos and claustrophobia of Annawadi to the cavernous Olivier Theatre was an Herculean task -and yet he managed it. The blocking is perfection; the jostling cast appear to crowd the enormous stage and the neighbours’ brawl is a lesson in stage choreography.

Technically, too, the production is masterful. The frequent blast of the aeroplanes overhead, complete with diesel fumes and blinding lights, is a triumph of lighting and sound effect. The set is uncanny, a tangle of Hindi roadsigns and corrugated iron, carpeted with the litter upon which the community depend.

The acting was, with the exception of one baffling Scottish brogue, strong. Hiran Abeyasekera was mesmerizing as rubbish picker Sunil; a rubber ball of energy, at once balletic and slapstick. Yet the size of cast and spectacle of set meant that the play lacked the emotional intimacy we are used to from David Hare. The speed and riot of the production means we never really get to know, nor care about, the protagonists. At the end of the recent West End production of Hare’s Skylight, the audience walked out uncomfortably familiar with the two leads, played by Bill Nighy and Carey Mulligan. This production poses no such risk.

But though the play lacks in subtlety and emotional heft, as theatregoers we should be thrilled that the new director of the National has such clamouring ambition.
Share: