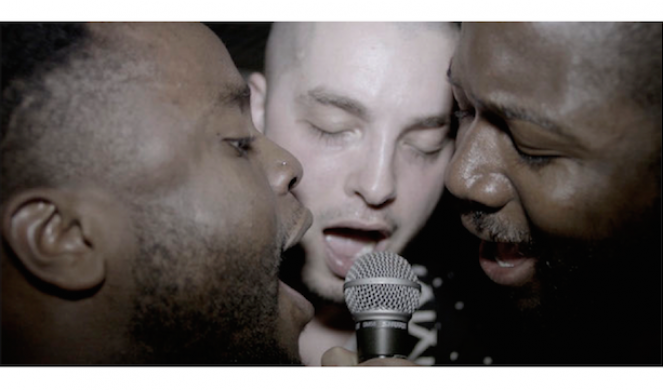 Mercury Prize Winners 2014: Young Fathers
Edinburgh might not be the sort of place in which you'd expect to find ground-breaking alternative hip-hop, but a growing buzz has been surrounding the city's Young Fathers since their debut release in 2008, and with their unexpected Mercury Prize win for Dead, their first release on the acclaimed Big Dada, their star is set only to rise higher. The group beat off stiff competition from favourites Katie Tempest and FKA Twigs.

For a group to be championed here in the UK by the record label home to Roots Manuva, grime originator Wiley, recent Mercury-winner Speech Debelle, and the breathtakingly talented Kate Tempest, it's clear they must be doing something fresh, something to break through the the ranks of the often tired-sounding UK hip-hop scene. With a musical heritage that reaches from the estates around Scotland's capital as far as Liberia and Nigeria, Young Fathers have found the blend to do just that.

What they have shown so far, in two albums and two EPs, is a sound that never rests easily within the bounds of hip-hop. Flowing from restless, high-octane spitting, through early Massive Attack and Maxinquaye-era Tricky and on to a sound akin to a twist on South African Shangaan electro, their latest and most mature release sees it all laid over heavyweight beats and a dark, droning ambience, like a more soulful and mercifully less visceral Death Grips, whilst the trio's talent for catchy pop hooks (look no further than lead single 'Get Up') keeps them skirting around the edge of pure melancholy.