The company has made a name for itself by subverting a medium normally dedicated to superficial thrills, infusing its performers’ phenomenal circus skills with more emotive subject matters. 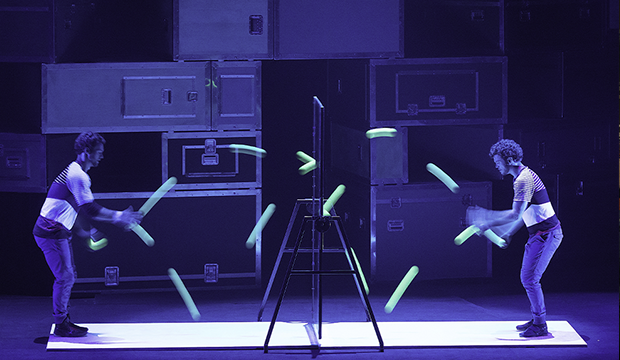 Transit takes a particularly-introspective turn, examining the ups and downs of being in a travelling troupe, focusing on the transience of theatrical performance as a reflection of life itself. The show follows on from Attrape-moi (Catch Me), which depicted the reunion of six old friends after ten years apart, which was staged by the company at the Edinburgh Fringe in 2016.

Not, of course, that there will be any shortage of aerial thrills, mind-boggling feats of physical coordination or sprightly camaraderie, either – as with all of FLIP Fabrique’s shows, Transit is likely to leave its audience stunned and thoroughly impressed.

by James Fraser
Free for Members
Up to £30