The Ministry of Lesbian Affairs, Soho Theatre review 4 The Ministry of Lesbian Affairs, Soho Theatre review Holly CW
Award-winning playwright Iman Qureshi has created a mini mecca for queer women in this delightful and moving show about the contemporary experience of lesbians from a cross section of society. Inclusive of demographics including disabled, global majority, Muslim, and trans women, the show takes a magnifying glass to these women’s lives and offers a non-judgemental space for them to laugh, cry, and rally against the world, including each other in their protests. Some sharp critiques are unapologetically aired, but all come from a deep understanding of these character’s perspectives and backgrounds, and how society at large treats their otherness.

The action takes place in a leaky London community centre, where a motley crew of lesbians sing modified lyrics to songs like My Favourite Things (‘Sensible footwear and vegan nutrition, multiple orgasms and sharing feelings, these are a few of my favourite things’). Choir leader Connie identifies as an OWL (older, wiser lesbian) and is preparing the choir for a performance on the main stage for Pride. Why has this choir been chosen? Not because of their talents, but because they are literally the only lesbian choir in Britain. 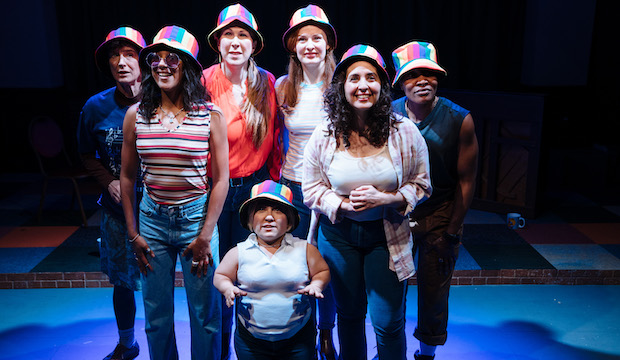 The show illustrates the reality of lesbian erasure, and how there are no exclusively lesbian spaces left. The eight-strong cast are genuinely engaging, each giving their all, so it is difficult to pick out star performers. Under the direction of Hannah Hauer-King, the acting style is a mish-mash of naturalism and high register performances, particularly from Shuna Snow as dowdy conductor Connie. It takes a little while to plug into the show, but once you are in, it’s difficult not to enjoy the ride.

If you aren’t embedded in the queer community, there may be some in-jokes that fly over your head, with references to Tina and Bette from The L Word, to being a ‘gold star lesbian’ – a controversial term meaning you have never had sex with a man. Regardless, there are plenty of laugh-out-loud moments that resonate with audiences from all walks of life. There are also scenes of real tenderness, gut-wrenching sadness, and a sense of genuine fear for these women when they are viciously harassed by men. 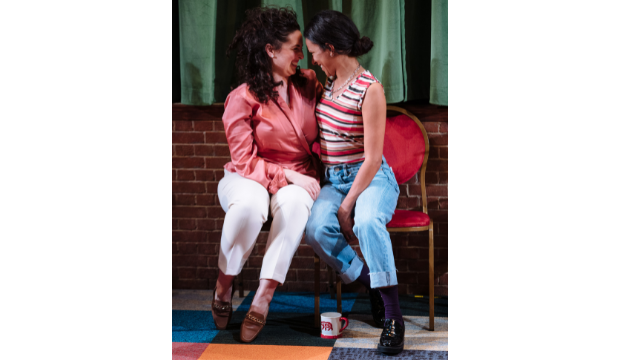 The Ministry of Lesbian Affairs has been promoted as a musical comedy which stretches the term a little far. Yes, there are songs but this is certainly not a musical. The show does well to convey the musical skills of an amateur choir, but this piece is – understandably for the content – not filled with pitch-perfect singers. However, what they lack in musicality they make up for in dynamism, guided by the musical direction from Nicole T. Chang.

Writer Qureshi has said the show was inspired by The Inheritance, the hugely successful West End transfer about queer men in New York during the AIDS epidemic. In the audience Qureshi saw male couples holding hands and crying on each other’s shoulders. She wanted to create a play that has the same effect on queer women. She has achieved this goal, but with laughs along the way, which is no mean feat.