Richard Bean returns to the National Theatre with Jack Absolute Flies Again, a WWII-set rewrite of restoration comedy The Rivals that struggles to gain momentum

1 CW reader is interested
Jack Absolute Flies Again, National Theatre review 2 Jack Absolute Flies Again, National Theatre review Ira Lee
It’s 1940, England. Up in the skies, the Battle of Britain is under way, with German planes swooping over fields and bombing streets. But down below, in the rural pastures of West Sussex, a crew of RAF pilots and the residents of a sprawling country estate appear more concerned about the messy love triangles in which they've got themselves tangled. Pent-up desire has sent them nosediving into a frenzy, while the roaring shadow of enemy planes overhead provokes barely a shrug and half-hearted calls for the pilots to get back in the air.

This is Jack Absolute Flies Again, the latest comedy from One Man, Two Guvnors writer Richard Bean, here joined in the writers’ room by One Man cast member Oliver Chris. It’s based on Richard Brinsley Sheridan’s 1775 restoration comedy The Rivals, but resets the action in a rose-tinted vision of WWII life, where proud, brassy music wafts through the air, cakes are baked and plans to hang victory bunting are being made five years early. 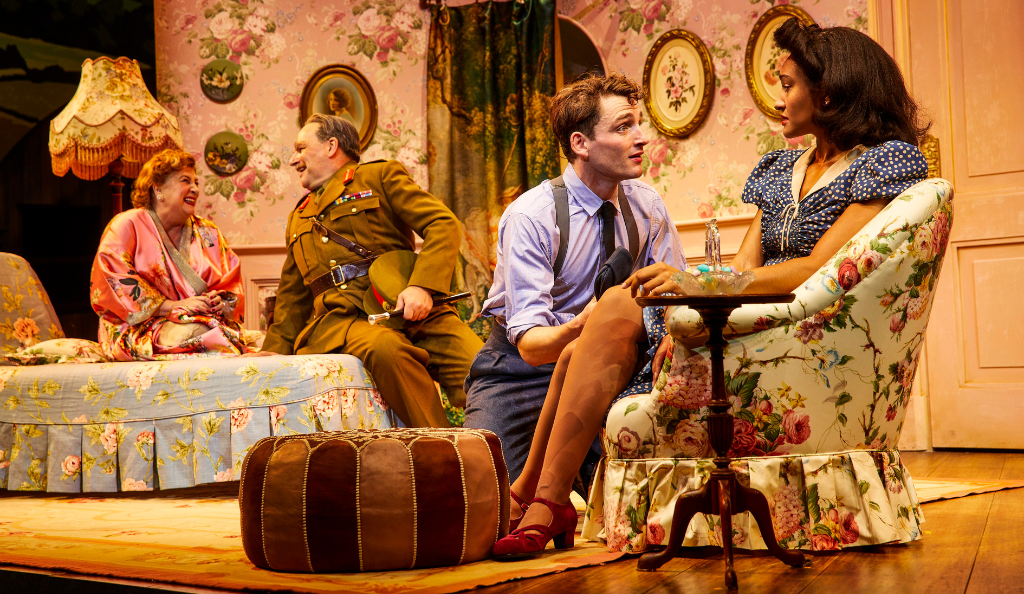 Jack Absolute runs on a laugh-a-minute formula, but it’s all a bit base, with jokes about small penises and women fighting the patriarchy recycled between scenes. The plot is almost entirely predictable too, and where it briefly deviates from the fluff and silliness, it hangs limp, unable to wring anything from the audience but laughs. It’s a stark contrast to SpitLip’s clever musical comedy Operation Mincemeat, which has its audience laugh, then cry, then laugh again over the course of its own WWII story.

An energetic ensemble do their best with what they're given. Our lovesick cast includes the privileged but seemingly decent Jack Absolute (a charming Laurie Davidson) and his take-no-prisoners love interest, the female pilot Lydia Languish (a haughty Natalie Simpson). There’s the meddling maid Lucy (a feisty Kerry Howard), who reminds the audience you should never give the maid a letter in a restoration comedy, and her love interest, the humble engineer Dudley (Emmerdale star Kelvin Fletcher). The four of them conduct Shakespearean levels of tomfoolery around a garden trellis.

Under Emily Burns’ direction, the slapstick in Jack Absolute is very good. Stand-out performances come from Jordan Metcalfe as the poncy, uptight Roy Faulkland, who in one (of few) genuinely funny skits, has to contort his body into all sorts of shapes to squeeze past Peter Forbes’ brash and intimidating Sir Anthony Absolute, who’s blocking the doorway. James Corrigan as Aussie bozo Bob proves a master of tumbling too: having been boxed by Lucy, he lifts himself into the air before falling rigidly to the floor. 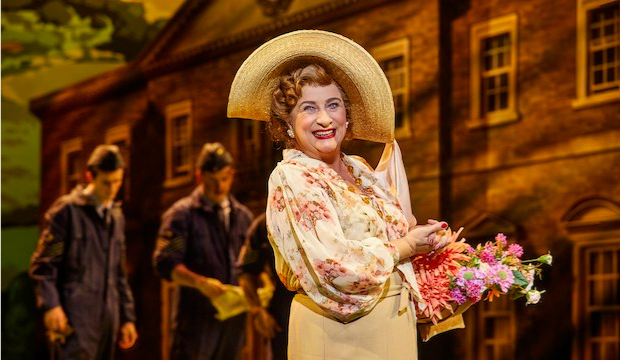 All characters are, in fact, aware they’re in a play. Lucy tells us with a wink that she’s a dramatic device and Jack is told to relax, as he’s obviously going to get the girl eventually. Bean and Chris mock the medium of theatre as much as British history, with props appearing on demand, and designer Mark Thompson’s twee backdrop of rolling hills and a stately home with doll's-house rooms on wheels, reminding us they’re not real. Only Jeff Sugg’s nifty video projections break from this aesthetic, bringing the magic of 21st-century special effects to the production. 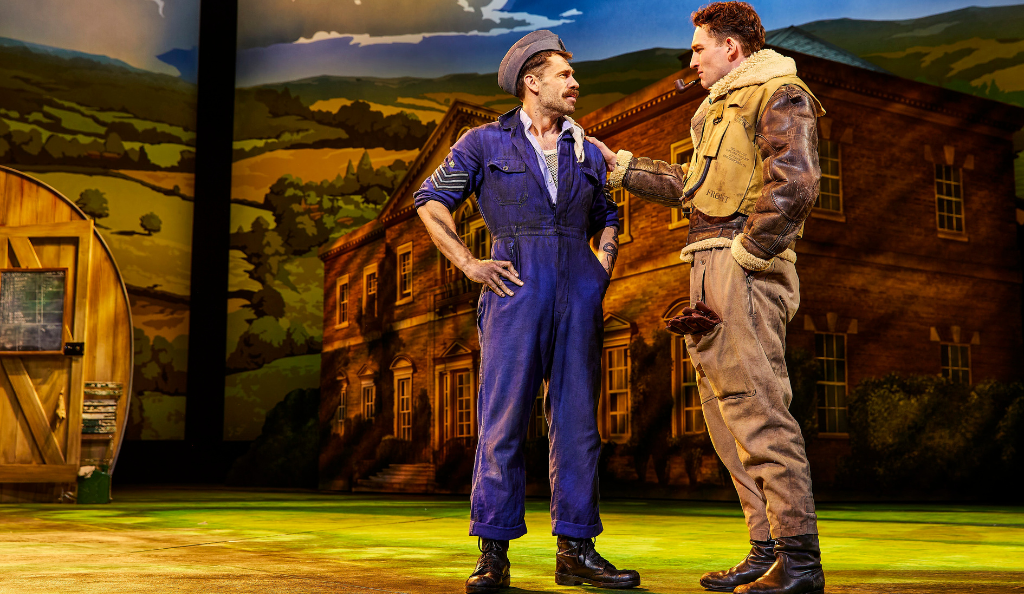 A Shakespearean reveal of agendas unfolds within a bunting-lined boxing ring, after which comes a jarring twist, before it all fizzles to an end. This reviewer wishes she could have enjoyed the play half as much as the stranger guffawing next to her, or maybe Jack Absolute was never meant to fly again.