Jitney, Old Vic Theatre review 4 Jitney, Old Vic Theatre review Holly CW
Jitney, August Wilson’s 1977-set play about an unlicensed firm of taxi cab drivers, hasn’t been seen on the London stage in 20 years. But its themes of community, threatened morality and the extent to which marginalised groups have to protect themselves against racist and oppressive governments cunningly rendering them second-class citizens, make it just as relevant today as when it was written. In the wake of George Floyd’s murder in the US, and the Windrush scandal in the UK – incidents which have led to a moral reckoning and an awakening to the reality of white privilege – Jitney is ripe for a revival, so bravo to the Old Vic, Headlong and Leeds Playhouse, who have co-produced this touring production, directed by Tinuke Craig.

Jitney is the first title in Wilson’s 10-play American Century Cycle, exploring the Black American experience over the 20th century, which also counts more widely known and adapted dramas including Ma Rainey’s Black Bottom, recently made into a film. It offers a window onto the lives of a close-knit group of cab drivers at a time of unnerving change. Not only is the business under threat of imminent, enforced closure – leaving these hand-to-mouth workers without a livelihood – but head of the firm Becker is preparing for his son Booster to be released from prison after serving a 20-year sentence for murder, and long-standing employee Turnbo is feeling threatened by the arrival of a younger worker with seemingly different values to his own. 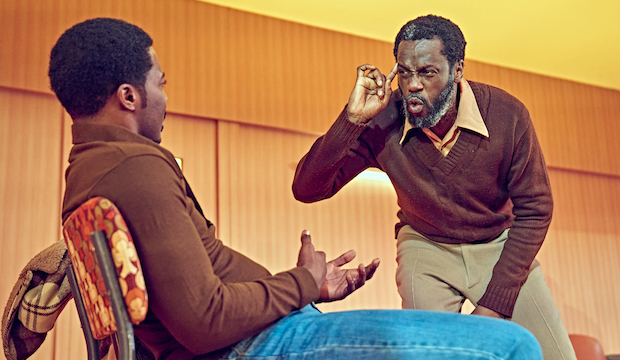 Solomon Israel and Sule Rimi in Jitney at The Old Vic.

These plot pinnacles aren’t introduced until the latter part of Act 1, giving us time to get to know these characters – all of whom are great storytellers and flawed but likeable individuals – first, with Wilson allowing each player their moment under the spotlight. Early scenes in Craig’s production are a little slow moving and tonally unvaried, running like a sitcom with jokes landing on predictable beats. Things soon pick up though, and simmering tensions suddenly boil over into a brilliantly executed, gun-wielding scene between Turnbo (Sule Rimi) and Youngblood (Solomon Israel). Rimi is masterful here, driving the rollercoaster emotions of the scene and leaving us as uncertain as Youngblood and Becker of what he’ll do next.

Becker is not only the owner of the firm but the backbone of his workforce. His employees rely on him for moral direction as well as a salary. Wil Johnson’s performance captures Becker’s stoicism as a principled, upright gentleman dealt too many shattering blows in life. In the scene in which he is reunited with the reformed Booster (a worthy performance on press night from understudy Blair Gyabaah), we feel his inner conflict and outward anguish towards the son he did everything to support, who threw away his life’s chances. Yet – and this is the power of Wilson’s writing coupled with Craig’s direction – this scene leaves us unable to side firmly with either party. 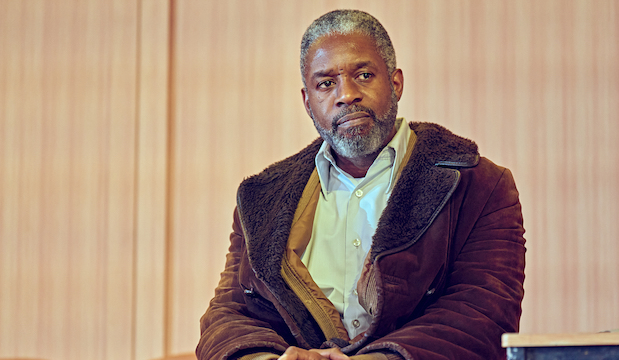 Wil Johnson as Becker in Jitney at The Old Vic

Despite being named after the cheap, unlicensed vehicles that typically transported poorer black Americans in Pittsburgh and beyond, Jitney unfolds entirely in the static setting of the taxi firm’s back office. Characters leave to run trips and return with stories from the town or updates on their personal lives – bringing 'home' the drama.

Craig, together with designer Alex Lowde, has made the production a period piece: a television box-like set opens onto an office with salmon-striped walls, a fusty portable heater and a cast in colourful flares, leather jackets and rollnecks. A smart move, as this allows the context of Wilson’s play, rooted in a Pittsburgh newly repopulated with mentally vulnerable but tough-fronted Vietnam War vets, its gravitas, while its wider themes stand out as universal.

In the decades since, further wars have left their mark on history, governments have changed hands and other social issues have risen to the fore. Yet through the years, racial prejudice and gentrification have remained issues on both sides of the pond. Craig’s production reminds us of this. 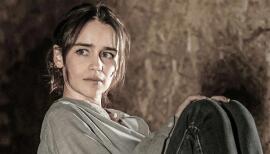 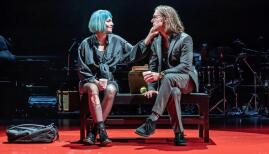 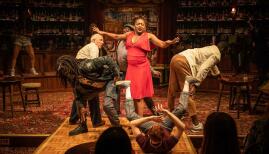 Zadie Smith's The Wife of Willesden returns to the Kiln Theatre
Sign up to CW’s newsletter
By entering my email I agree to the CultureWhisper Privacy Policy (we won`t share data & you can unsubscribe anytime).