Set at Flintock Fair on St George’s Day, the play gives a vivid, poetic portrait of Englishness and rural life under threat. Butterworth writes with zest and humour, weaving tangents, profanity and humanity into a taut but expansive piece of theatre, which was hailed as ‘magnificent’, ‘a masterpiece’ and ‘the greatest play of the century’ by jubilant reviewers. 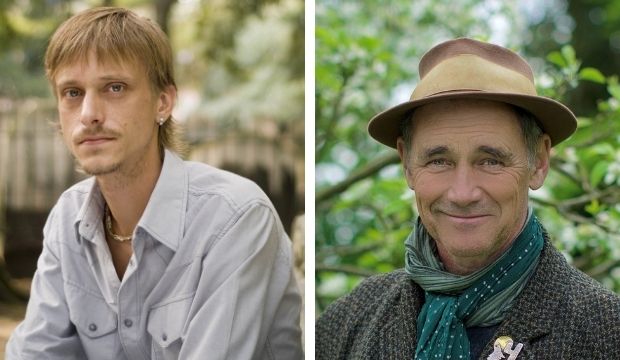 In a career-defining, Tony, Olivier and Evening Standard award-winning performance, Mark Rylance immortalised Johnny 'Rooster' Byron, a charming rogue who holds court at his caravan. Spinning yarns and embellishing local history and personal folklore, the gyspy/drug dealer/ reprobate is robust and defiant. But his bombastic way of life is at risk, as Rooster faces eviction from his ramshackle woodland home.

Mackenzie Crook joined the cast as aspiring DJ Ginger in 2011, giving a performance nominated for both a Tony and Olivier award.

Expect an all-encompassing and immersive experience from this revival: the original production of Jerusalem included a hyper-real set design featuring a menagerie of chickens, goldfish and tortoise, surrounded by live elm trees.