What Frecknall and Lynn’s production captures so brilliantly is the sense of boredom and discontent felt by the three sisters and others who orbit their home. Despite the family’s financial privilege, a restless unhappiness hangs in the air. At first, the sisters’ woes seem tied up in a deep longing for the family’s missing patriarch, who died a year before the narrative begins. Soon, however, this nostalgia reveals itself to be a wistful yearning for the fanciful lives the sisters have mentally conjured for themselves back in Moscow – a city they left 11 years ago and have no experience of as adults. 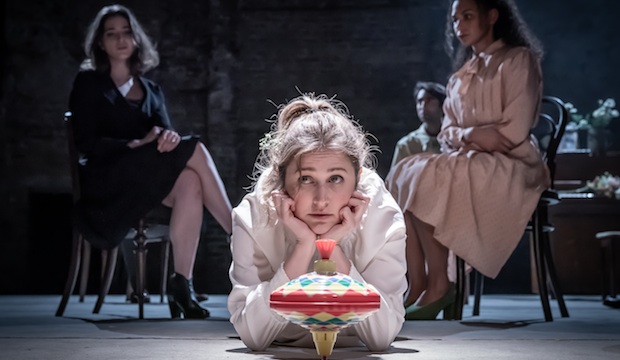 The sisters are bored and exhausted by life’s day-to-day chores. When they’re not reminiscing about the past, they’re fantasising about the future, while never living fully in the present. (The bigger societal changes beyond the play’s confines, such as education being made more widely available and the gentry beginning to work, are subtly alluded to). There’s a belief among almost all characters present that happiness belongs to the future. All, that is, except the family’s 82-year-old nanny Anfisa (Annie Firbank), who openly declares how happy she is with her lot in life.

The emptiness of the sisters’ lives is also captured in the barrenness of Hildegard Bechtler’s set. The bare stage, with its scattering of unoccupied chairs and a piano that sits dormant throughout the play (a poignant betrayal of Chekhov's own gun theory), appears more like a waiting room than a family home. Meanwhile, regardless of who is needed on stage to deliver the scene, additional characters hover or lounge in the background, procrastinating by sleeping, reading or playing cards. It’s claustrophobic to watch and leaves you itching for things to move forward.

Despite its sense that nothing really changes for the family, the time frame of Three Sisters spans several years. Shifts forward are captured each time a photo is taken on stage and projected on the back wall for the audience to see. It's a shame, though, that a parallel is not drawn between these photos, in which longing and unhappiness is masked with smiles, and today’s preoccupation with presenting an edited, filtered and untruthful version of lives on social media. 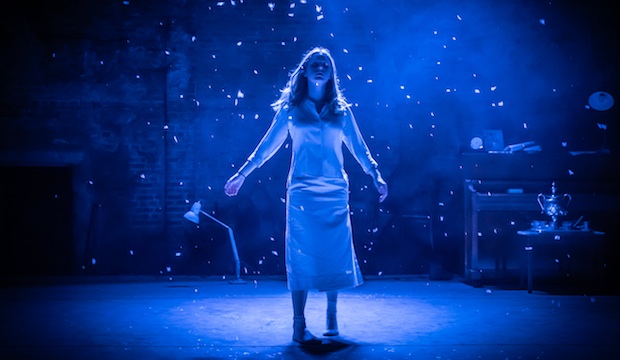 Interludes in time are also captured through outbursts of Angus MacRae’s stunning score, which harkens to the Russian music of Chekhov’s day while punctuating the play with all the drama missing from its protagonists’ lives.

Ferran, Chanda and Zmitrowicz bring crucially different temperaments to the stage. Their affection for one another is always evident but their acutely different outlooks on life – despite their similar upbringings and fond dreams of Moscow – cleverly convey a nurture over nature argument. Zmitrowicz manages to riddle Irina with something close to millennial angst, despite the production’s vague time period.

In the wider cast, all of whom are strong performers, Elliot Levey furnishes the play with most of its humour through his portrayal of Masha’s buffoon of a husband Fyodor. While Peter McDonald delivers the narrative’s key sentiments – ‘happiness belongs to the future’ and ‘if you could live your life again but in full consciousness, would you do it differently?’ – setting his own longing for change apart from that of the sisters by infusing it with a clear, underlying zest for life.

As the play draws to a close, Masha observes the ‘lovely, happy birds’ making their annual migration south, while on the ground, the sisters are still rooted in their misery, dreaming of a happiness they believe awaits them elsewhere. Lynn’s adaptation captures the wistful waiting and delusion of the sisters profoundly, but Chekhov's exploration of limited lives, thwarted dreams and the decline of the liberal elites offers fertile ground for interpretation, all of which feels under-adapted for the context of 2019. 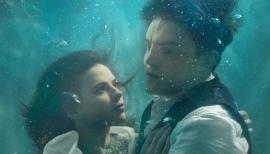 The shows you need to see in April