Come From Away prepares to reopen in the West End

With Tony- and Olivier Award-winning musical Come From Away preparing to reopen, the team behind it share their pandemic experiences and hopes 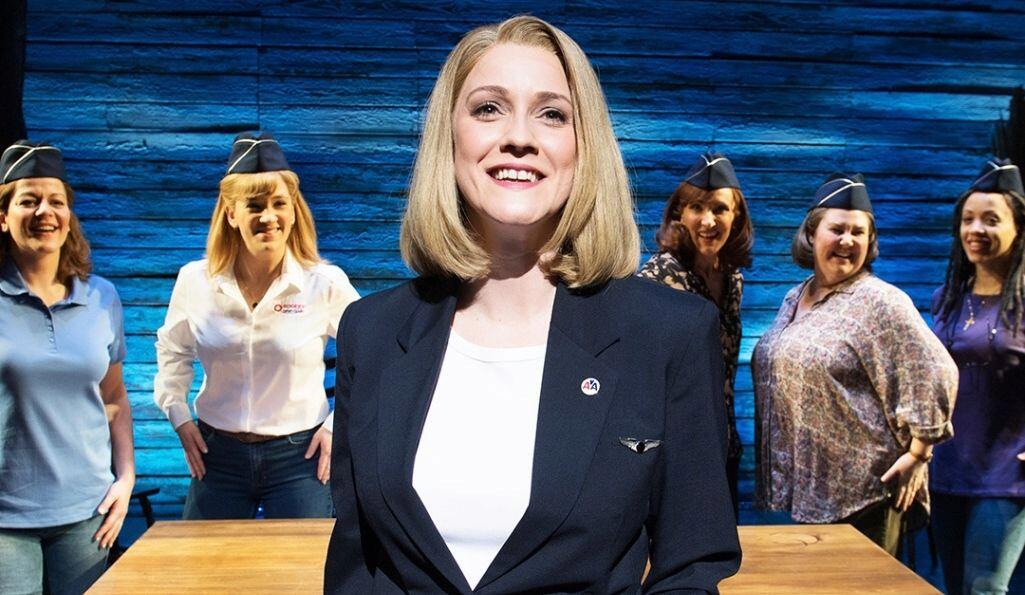 Behind the scenes of Come From Away
An unprecedented world event, a period of confinement and people of all nationalities reemerging into a world changed forever might sound like the story of the Covid-19 pandemic. But it’s also the experience of the passengers on the 38 planes forced to land unexpectedly in the remote town of Gander in the Newfoundland province of Canada during the immediate aftermath of the 9/11 attacks – a story which has been immortalised on stage in the Tony- and Olivier Award-winning musical Come From Away.

Hailed as a cathartic reminder of the capacity for human kindness during terrible and trying times, the sensitive and heartwarming show, which features a book, music and lyrics by Canadian duo Irene Sankoff and David Hein, became an instant success on its Broadway opening in 2017. It’s since impressed critics and punters alike in Toronto, Dublin and in London’s West End, where it was a year into its run at the Phoenix Theatre when the pandemic struck, forcing the curtain to fall indefinitely on 16 March 2020. 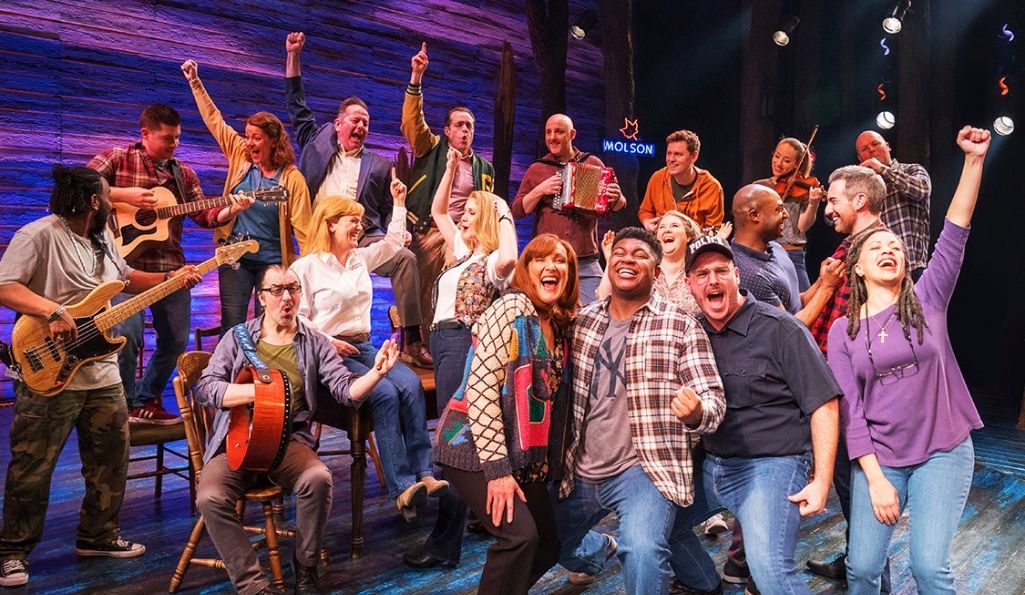 In the months since then, carrots have been dangled, including the proposal for a concert staging which was pulled at the last minute as a result of the third lockdown. ‘We’d restaged the whole show to be a socially distanced concert and were literally a day or two away from going into the building when lockdown three happened,’ recalls Tara Overfield-Wilkinson, associate director and choreographer of the London production.

Sixteen months on and the cast is finally back in rehearsals, with the show set to open on Thursday 22 July. ‘The cast is absolutely chomping at the bit!,’ laughs Overfield-Wilkinson. When we speak, she and the performers are on the brink of entering an intense rehearsal period; a crunch time of retracing steps, remembering lines (not to mention the notoriously tricky Gander accent) and onboarding two new cast members: Gemma Knight Jones (Curious Incident of the Dog in the Night Time, Lion King) in the role of Hannah, a mother who is anxious for news of her firefighting son, and Sam Oladeinde (Hamilton, The Book of Mormon) as Bob, a hardened New Yorker who eventually warms to his new surroundings. 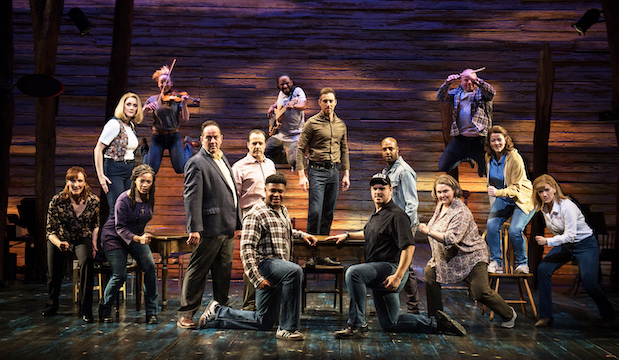 As for existing cast members: ‘we’ve got half a cast who had only played the show for four weeks when it all got shut down,’ points out Overfield-Wilkinson. The original cast concluded their year-long contract in February 2020. ‘What I hope is that there will still be some muscle memory… choreography goes hand-in-hand with acting in a show like Come From Away; it’s almost seamless,’ she says.

As for the cast, ‘I’m terrified!,’ jokes Emma Salvo, who plays Janice, a news anchor on her first day on the job when the 9/11 attacks happen. ‘I was trying to do the various accents the other day [and] I just thought, “oh my God, I don’t know how I did that before!”, but I’m hoping it’s like riding a bike and it will all fall into place once I’ve done it a couple of times.’ 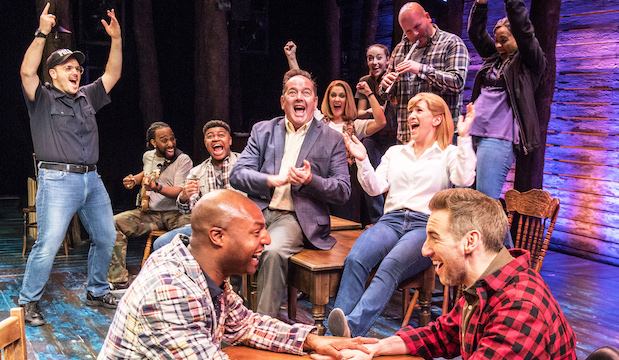 The character of Janice is in fact based on two real people: Janice Goudie, who was embarking on her first day at the local newspaper, and local news anchor Brian Mosher. They, together with the rest of the Newfoundlanders on whom the show is based, travelled to London when the show first opened and have stayed in touch with the company since. ‘They are honestly the kindest people,’ beams Salvo. ‘That’s what I’ve taken from them actually, to just be kind.’

Having offered up their homes and possessions, and welcomed strangers into the community during the September 11 attacks, how is the Gander community likely to be faring during the pandemic? ‘Having met them all in real life, I don’t think there’s a single one of them who wouldn’t have offered their time, support or things, they’re so generous,’ says Salvo. 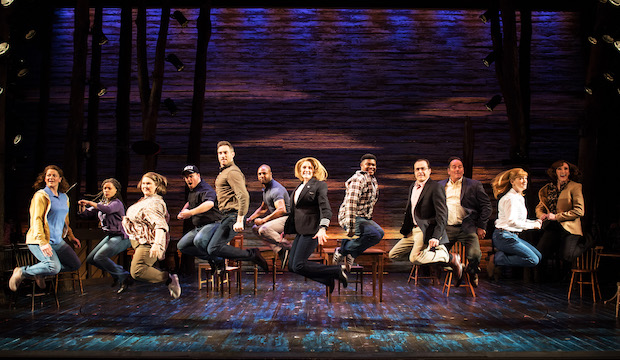 There is some semblance between the 9/11 attacks and the Covid-19 pandemic. Despite one being an act of terrorism affecting a small pocket of the world and the other being a silent, invisible virus that has swept across humanity, both were unprecedented events that have caused death and tragedy, brought the world to a halt, and reshaped the future.

‘In Come From Away, there’s a line where I ask if anybody has got any spare toilet paper – that’s a permanent fixture in my mind from the pandemic, when no one had any toilet paper,' says Salvo. '[Going through the pandemic] makes me take my hat off to everyone who was in Gander [during the 9/11 attacks] because they dealt with it spectacularly,’ she adds.

One stark contrast has, of course, been the necessity to maintain a physical distance from loved ones during the pandemic. ‘If this had happened when 9/11 happened, mobile phones weren’t really a thing. Could you imagine if we didn’t have FaceTime or Zoom quizzes? All of those things have been a bit of a blessing.'

Has getting into the minds of characters going through another shocking and terrible world event helped the company cope at all with the realities of the pandemic? 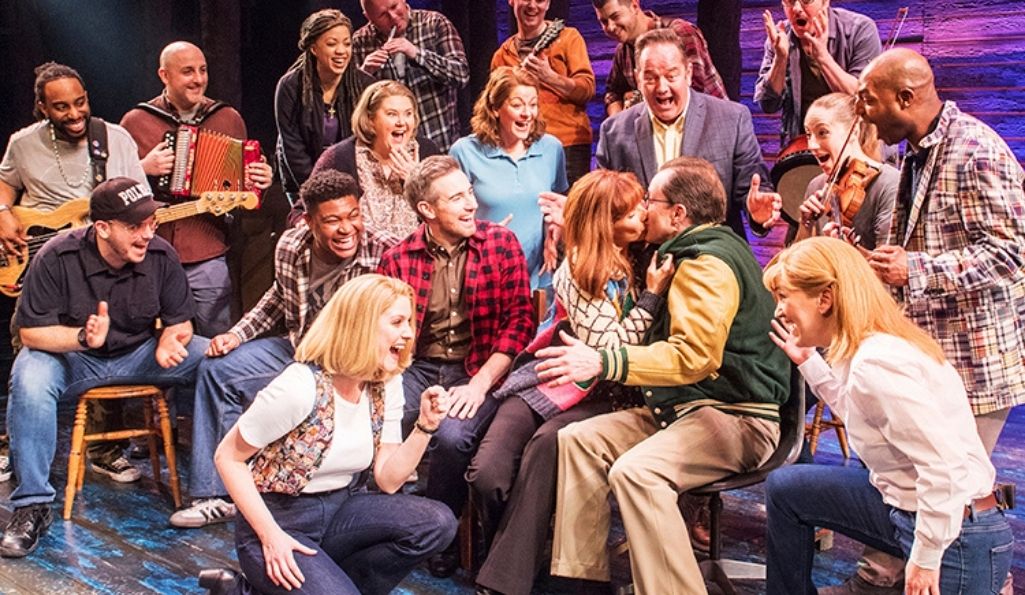 ‘The thing about Come From Away is that it’s all based on true stories and real interviews. There’s a way, as an actor, to delve deeper into that and shut away your feelings and the things happening in your private lives,' says Overfield-Wilkinson. ‘There are some storylines in the show that are very emotional and some people have lost loved ones during this pandemic,’ she points out. ‘There are lines in the show which could be very triggering for some people. But our cast knows that they’ve got our support.’

Come From Away sees its cast of passengers confined on a plane for several hours before emerging into a strange new world. Will audiences resonate with the show differently after the recent spells of lockdown and adjusting to a 'new normal' way of living?

‘I think it will be so relative to what people have gone through over the last 16 months,’ says Salvo. ‘Obviously, everyone was more cramped than two metres apart [on the planes in Gander] but the thoughts are the same, the sentiment is the same.’

Overfield-Wilkinson agrees. ‘Out of every tragedy comes the aftermath,’ she reflects. ‘There’s a need for a show like Come From Away that captures the sense we’ve all been through something; that sense of not being able to go where you need to go or do what you need to do, and feeling useless,’ she says. ‘For the audience, there is going to be a new sense of being able to relate to the show that wasn’t there prior to the pandemic.’

Come From Away reopens on Thursday 22 July. Click here to book.