A comic tragedy: the musical theatre adaptation of Alison Bechdel’s graphic novel Fun Home is a vital, life-affirming show that's not to be missed

Fun Home has both, in abundance, plus a mischievous strand of mordant humour and a vital, startlingly original subject-matter.

An all-singing adaptation of the graphic memoir by Dykes to Watch Out For cartoonist Alison Bechdel may sound like an unlikely, niche prospect. But this queer coming-of-age narrative is irresistible.

It comes to the Young Vic just in time for London Pride, having scored five Tonys and sell-out runs Off and on Broadway. 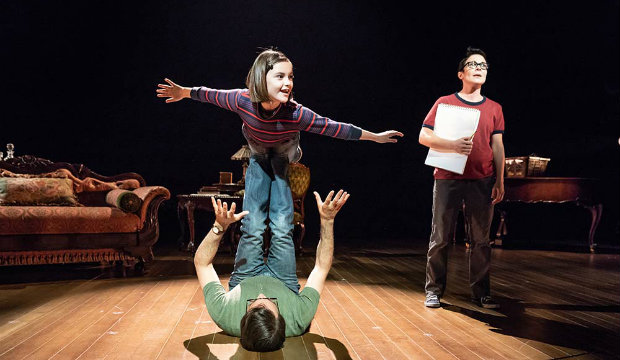 ‘Fun Home’ is a reference to the Bechdel family business, a funeral parlour where small Alison and her younger brothers goof around choreographing dance routines among the caskets for the blisteringly funny title song.

The family’s actual home is far from fun. Their grand house on Maple Avenue, stiff and stuffed with restored antiques, is a vessel for Mr Bechdel’s frustration and dissatisfaction. Zubin Varla’s measured portrayal of Bruce Bechdel shows us a father and husband rendered rigid with tension and tormented by his urges.

By the time Alison goes to college and starts to confront her own desires, the strange, repressive atmosphere back home begins to make sense. Alison’s jubilant free-fall into first love (captured so evocatively in the ebullient song ‘Changing my Major’) forms a cruel mirror to her father’s mounting, stultifying regret.

David Zinn’s set morphs and moulds to reflect Alison’s mental landscape. The space shrinks to claustrophobic effect then expands to encompass the vast grandeur of the family home, meticulously decked out in antiques.

As the three time frames entwine over the course of an hour and forty minutes, we see the nuanced nature of coming to terms with who you really are, and who those you love most really are too. It’s at once one of the freshest most underrepresented stories we’ve seen on stage, and the most universal.

There’s a vivacity to Alison’s voice that buoys and balances the poetic effect of the triple narrative. The result is a vital, life-affirming musical, with a songbook you’ll want to play on repeat. 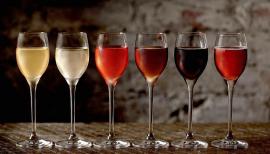 A change of scene: London's best mixologists are shaking things up 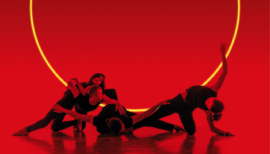