Science and Dance - A Marriage Made in Heaven?

Are science and dance natural bedmates? Absolutely! says choreographer Alexander Whitley – and he aims to prove it with his new show, 8 Minutes 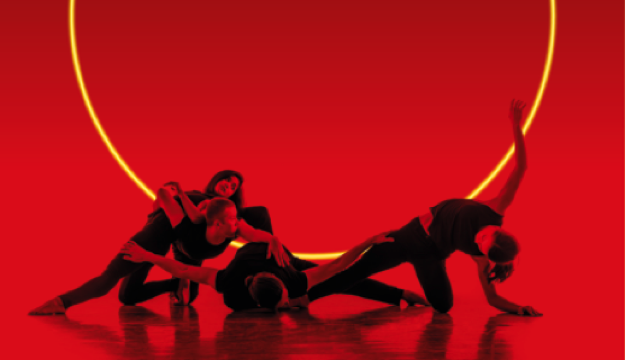 Alexander Whitley Company, 8 Minutes, photo Johan Persson
Alexander Whitley is a thrilling dancer. Catching the tail end of a rehearsal for his new work, 8 Minutes - his forthcoming debut on the Sadler’s Wells main stage - there was an extra quality to the movement as he demonstrated to his dancers exactly what he wanted. Proficient as the dancers were, they just couldn’t quite match him. It was fascinating to watch. 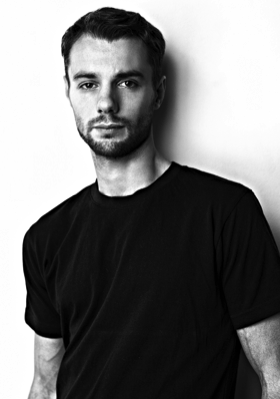 However, when we met between rehearsals in the spacious, airy and mercifully cool Studio Wayne McGregor in East London, it was not to talk about Whitley the one-time dancer with companies such as Rambert and Wayne McGregor Random Dance. These days Alexander Whitley is an up-and-coming, audacious young choreographer, whose main interest is the point where dance and science intersect.

I say ‘young’, but none of his published biographies mentions his age. From his looks, beard notwithstanding, I’m guessing mid-thirties. That, and the fact that he describes himself as a digital native:

He’s been interested in science since he was a child playing computer games: ‘I’ve kept an active interest in computer technology but also people who are dealing creatively with this technology as it progresses.’

So, his work as a choreographer has always been strongly inflected by that interest in science and technology. In Frames, created for Rambert in 2015, he explored the interplay between steel frames and the dancers’ bodies; Pattern Recognition, shown just over a year ago, included motion-sensitive lighting that created systems of movement for a couple of dancers, of which he was one half.

8 Minutes is perhaps his most ambitious work so far, dealing with the seriously complex field of solar science.

Not being immensely science-minded myself, I thought an easier way into this work would be for Whitley to explain the context and meaning of the snatch I had just seen in rehearsal.

It turns out that what I saw fitted in the latter parts of 8 Minutes, so to start from the beginning:

TRY CULTURE WHISPER
Receive free tickets & insider tips to unlock the best of London — direct to your inbox
‘The opening section of the piece is the section that looks most closely at the science. (…) There’s an exploration of the formation of a star and then moving away from that star, our sun, into the space around it, the solar system; then the arrival on earth; and finally an exploration of the subject of the sun from the perspective of the earth, our relationship to it here, looking at some of the more human aspects of it rather than the abstract.

‘The end of the piece plots the journey back to the sun from the earth.’ 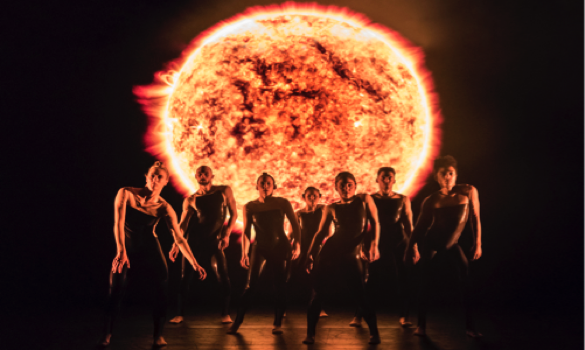 Alexander Whitley Company, 8 MInutes, photo Johann Persson
So far so good, I can just about follow the narrative thread leading to the extract I saw in rehearsal. Where did that fit, though?

'Then the next section is called Orbits and the choreography is largely based around the idea of orbits and how gravity affects the pathways of things. It’s also the point in the piece where it comes down to a very quiet place for the first time. There’s been quite a lot happening up until that point and it’s kind of finding stillness, drift.’

Now that he explains it - and he is a highly articulate and enthusiastic speaker - I think I can follow. But here’s the problem with contemporary work so intimately intertwined with difficult scientific concepts – work such as his, or that of his predecessor Wayne McGregor: can audiences understand what’s happening on stage without a comprehensive primer?

I mean, you can see any of the dance classics without intensive prior study. If you see Swan Lake, for example, you may not grasp absolutely everything, but it’s plain beyond any doubt those are some kind of birds on stage. The fact they flap their wings helps.

That’s not the case with Whitley’s work.

‘I think it’s the pitfall of certain dance collaborations that there is an expectation that the art somehow explains science, which it can’t. Science is a very complex thing that we understand cerebrally, through language, through mathematical symbols, and it can only be properly understood in those terms.

‘But there are analogies we can draw, there are parallels we can find. And especially in the context of physics – physics is essentially the study of movement, as is dance – we just look at other places and find different ways of describing it.’

Key to the artistic exploration of scientific concepts in dance is, of course, a multi-disciplinary approach. For 8 Minutes Alexander Whitley has worked closely with a dramaturg, Sasha Milavic Davies, an electroacoustic music composer, Daniel Whol, and visual artist Tal Rosner, who’s created visuals using actual footage of the sun.

‘The visuals really work to contextualise and give a situation for the choreography to develop. It actually helps to suggest that something is out in space in relation to the sun or on earth, so there’s lots of different ideas that we’ve taken on.

'Obviously the music is a hugely important part of the piece. Tal has a background in classical music, and has become widely known for how he visualises music; he is very musical in the way he does that. You know, there’s an interesting relationship between what’s happening sonically and visually, between music and the visual, which in a way frees me up to explore the relationship to the music through the choreography, but also helps really place the dancers in these different contexts.”

8 Minutes has been created in close collaboration with the Rutherford Appleton Laboratory, a space science centre in Oxfordshire.

I naturally assumed Whitley had approached the solar scientists and worked hard to persuade them to come in on this project. Do scientists even understand – or care for – dance? I was wrong. So wrong!

‘It was actually the scientists that initiated the project in the first place. The Rutherford Appleton Laboratory have for some years now been working with artists in residence. They do so as part of their strategy of engaging more people in what they do.

'They receive an awful lot of money from the government, but have traditionally been quite bad at communicating what they do to the wider public.

'So this is part of their outreach initiative. Hugh Mortimer, the lead scientist on the project, passionately believes in the value of art in communicating scientific ideas, because he realises that science, especially nowadays, comes increasingly specialised and niche.'

Dr Mortimer has this to say about 8 Minutes:

‘The dance collaboration with Alexander Whitley gives a perspective to space science that can be understood by a new audience and engage with people on a level that is difficult to do when working in a purely science context. It is the artist’s unique perspective on the scientist’s objective analysis that is the most powerful aspect of this project, and why we are very excited to be a part of this.’

Science and dance - a marriage made in heaven? The way of the future for dance (and indeed science)? Perhaps… but Alexander Whitely is adamant we must not ignore the human dimension.

In 8 Minutes his dancers may be atom-like at one point, they may be particles, or planets, but ‘they’re very much human beings at other times. 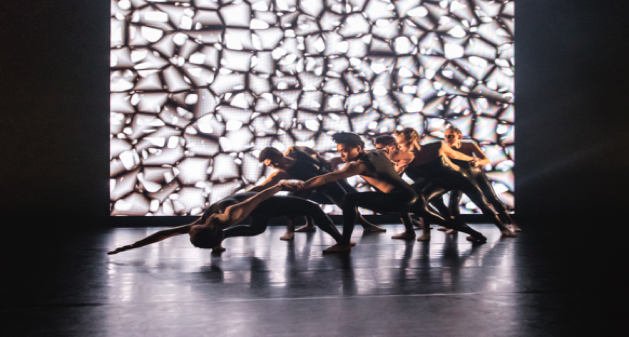 ‘And so my interest in technology and performance is as a way of attempting to address the contemporary human condition.’

You can judge for yourself. Alexander Whitley’s 8 Minutes is at Sadler’s Wells on 27th and 28th June. You’ve had your primer - why not give it a try?