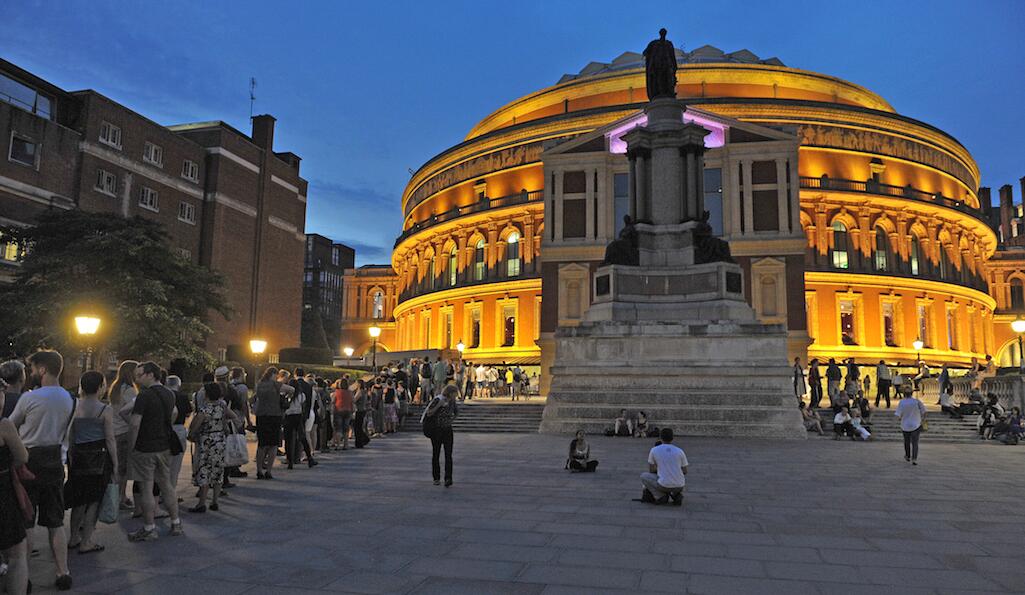 The BBC Proms have been staged at the Royal Albert Hall for 70 years. Photo: Chris Christodoulou
Here's a long-awaited celebration: the Royal Albert Hall is 150 years old this year. The party starts here, and we're dressing up and joining in with happy memories and big plans. In-person audiences will be welcomed back from 29 May, with capacity crowds from 6 July.

But how did that circular landmark in Kensington come about, and what does it mean to us all? Since opening its many, many doors in 1871, the Royal Albert Hall has assumed the role of a giant mirror, reflecting the nation’s tastes, preoccupations, obsessions and the ever-shifting pattern of social niceties.

Queen Victoria was too overcome with emotion to speak at the opening of the Hall, named in honour of her late husband, Prince Albert. It was to be a centrepiece for the west London museum district he had created, but did not to see. Still in deep mourning, she handed the task of cutting the ribbon to her son, the future King Edward VII. And so it quickly established itself as the premier venue for big galas, concerts, missions, rallies – and rattling good parties. 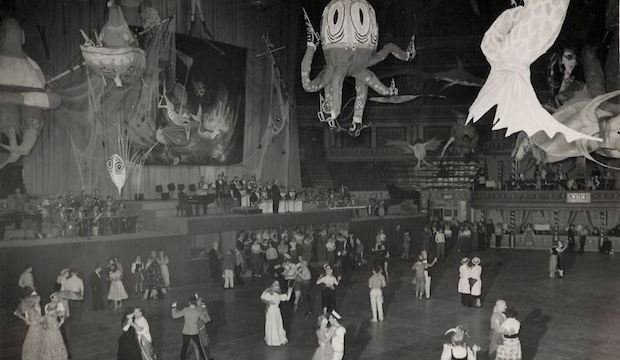 The champagne flowed at the first Savage Club Costume Ball in 1883 and in 1911, the auditorium was decked out with stone columns, draping vines, sloping green lawns, groves of cypress trees and a blue fabric sky in a recreation of Elizabethan England to raise £10,000 for the Shakespeare Memorial Fund.

In 1926, every young dancer in London descended on the Hall determined to enter the great Charleston dancing competition and win a trip to Paris on Imperial Airways. It lasted all night and at 5am, the future impresario Lew Grade was declared World Charleston Champion by judge Fred Astaire.

How times have changed. From 1930 to 1938 you could send your domestic staff to attend Lady Malcolm’s Servants' Balls – an opportunity for servants from all over the capital to have a night of dancing and socialising. Lady Jeanne Malcolm, only child of actress Lily Langtry, organised the balls and – shock, horror – danced with her own butler at one, in 1929.

Sport has always had a place at the Hall, with major tennis and boxing championships staged here. Perhaps the most curious was in 1909 when the first British indoor marathon was held, with just two contestants, the Italian Dorando Pietri and the Londoner C W Gardiner. They had to run 524 laps of auditorium, but Dorando pulled out 15 miles in, leaving Gardiner to finish the race in 2 hours and 37 minutes and win the £100 prize. 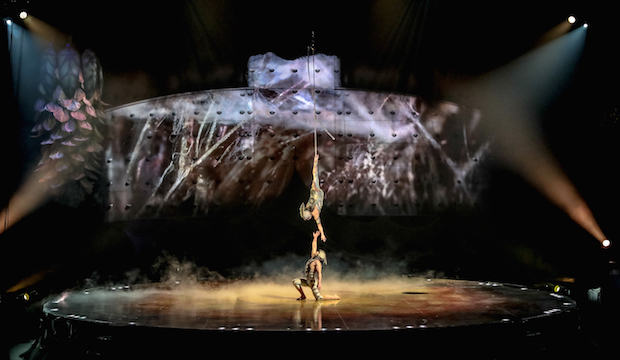 The dazzling Cirque du Soleil is a regular draw

Politics has always had a place at the Hall, with every major party holding their annual conferences here in the 20th century, and movements such as the Suffragettes and Campaign for Nuclear Disarmament gathering capacity crowds for their rallies.

But the RHA is perhaps best known for its music, with concerts starting there very soon after its opening. From 1924 to 1939, performances of Samuel Coleridge-Taylor’s Hiawatha sold out every year. The spectacular staging featured a real waterfall, a 10,000 sqft backcloth, a snow storm, and a ballet. Members of the Royal Choral Society made their own costumes, and because of their number were forced to change in tents supplied in Hyde Park.

Rock galas are a fixture at the Hall, but the BBC Proms – the world’s largest classical music festival – dominates the Hall for three months in the summer, drawing orchestras and soloists from across the globe. And more than two million children have taken part in Music For Youth events since their inception in 1971. 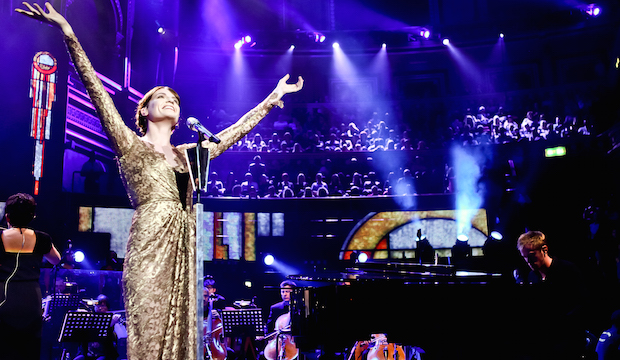 Jazz, opera, folk dancing, brass band championships, ice shows, Star Trek conventions, they’ve all had their place in the hall’s history, some a real emblem of their times, such as the Daily Mirror’s Mini-Skirt Ball of 1967, or the Miss World pageants that ran until the 1980s.

Every major singer has stepped out on to that stage, from Adeline Patti to Frank Sinatra, from Nellie Melba and Ed Sheeran, and major names in the rock and pop industry still turn out every year for the Teenage Cancer Trust concert series, launched in 2000.

But there is still room for the strange and curious. In 2012, the Hall hosted a capacity crowd to witness some of the best chessboxers fight it out in the loading bay, an area normally reserved for hundreds of trucks delivering equipment for shows. Opponents slug it out on the chessboard and in the ring in alternating rounds of chess and boxing until there is a winner by checkmate or knock-out, whichever comes first.

In short, at the Royal Albert Hall, all human life is here. In a whistlestop tour through the RAH's glittering story, Sir Mick Jagger narrates a short YouTube curtain-raiser to the anniversary year, entitled Your Room Will Be Ready, looking forward to and back at the RAH's biggest names. 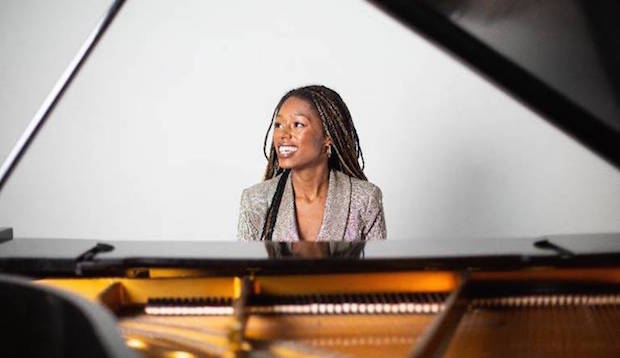 Classical music events to look forward to, as live performances are scheduled to resume on 17 May, include a Grand Organ Celebration (20 May), a Classical Gala (23 May) and pianist Isata Kanneh-Mason in Beethoven’s Piano Concerto No 3 (6 June).

The BBC Proms should be back from July to September with its non-stop programme – at least one or two concerts per night. Expect a lot of energy to make up for last year’s limitations.

In the autumn, classical concerts include Holst’s The Planets and Beethoven’s Ninth Symphony (both 18 Sept), and a packed programme of Christmas music, including Handel’s Messiah (15 Dec) and Christmas with Jonas Kaufmann (16 Dec).

Lighter music with big orchestral sounds include two Film Music Galas (22 May), Magic at the Musicals (30 May), The Music of Bond (4 June) and the 150th Anniversary concert (15 July). 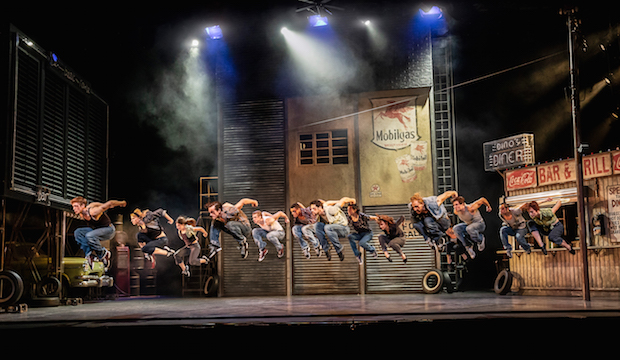 Harry Potter fans will head for music from Harry Potter and the Order of the Phoenix live (24 to 26 Sept), and the loveliness of dance music is celebrated with The Beauty of the Ballet (10 Nov).

With breathtaking choreography and movement, Matthew Bourne’s The Car Man dances its way through the tune-filled score of the opera Carmen, in a dramatic staging (17 to 27 June).

With long careers in rock and pop, many of the headline artists expected to join in the celebrations have been appearing at the RAH for a good many of its 150 years! Among them are The Beach Boys (11-12 June), Frankie Valli and the Four Seasons (1 to 3 July), Brian Wilson (4 July) and Cliff Richard (23 to 27 October). We are not likely to see, however, the return of the Servants' Ball...

Click here for tickets for all Royal Albert Hall live events, from 29 May, with full capacity from 6 July.