The foremost country house opera season opens with superlative singing, a memorable look and a storm to revival the plot's...

For those of us – all of us – who have had our wings clipped for 15 months, the symbolism in Damiano Michieletto's thoughtful reading of
Leoš Janáček's timeless Kát'a Kabanová is packed with references to capture and liberation.

Kát'a is the unfulfilled wife of a timid husband abused by his mother. Numb to love, Tichon drinks instead. Cue Kát'a's true admirer, Boris, whom she escapes to meet as soon as Tichon's mother sends her flailing son away on business. In this affair she is encouraged by friends Kudrjaš and Varvara, who are as compatible and at ease in love as Kat'á is unpractised.

The theme of captivity that runs through this spare, largely monochrome but intensely visual production is summed up in the symbolism of the cage and its prisoner. Imprisoned are, variously an angel/bird/Icarus, a dull boulder, and Kat'á herself. White feathers rain down at key moments, hinting at surrender and at both the possibility of escape and the fragility of that hope. 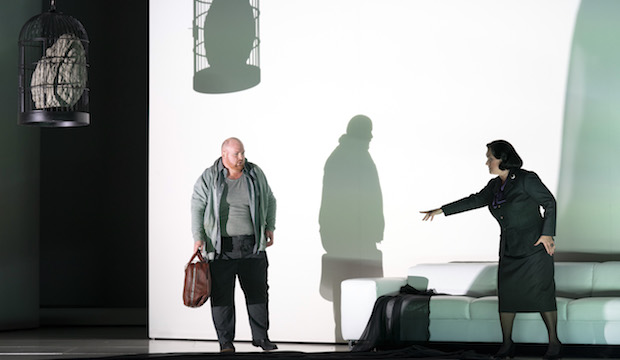 The cage is layered with meaning, suggesting not only incarceration but fishing gear at the river's edge and the windows of a watchful small-town community. Here the east European rural community smacks more of Milan, with its cool white leather, chrome-legged sofa and minimalist walls, than of the Volga. For Kat'á those walls close in to crushing point.

An all-Italian team – Michieletto, set designer Paolo Fantin and costume designer Carla Teti – often work together, and that synergy shows in this seamless production. Splashes of baby pink, warm blue and coral illuminate our glimpse into the young women's soft hearts. Lighting by Alessandro Carletti is wonderfully expressive. The storm that is, symbolically, central to the story is lightly suggested, but the real-live elements outside more than made up for that on first night, with aptly wild winds and lashing rain...

As Kát'a', Czech soprano Katerina Knežíková, making her house debut, has vulnerability and strength combined: her final act is both decisive and a defeat. Tenor Nicky Spence excels as Tichon, her booby of a husband, seething with inexpressible inadequacy. Fierce mother Kabanicha, sung by Katarina Dalayman, is not the bossy peasant we often see but a ruthless businesswoman.

David Butt Philip is a restrained rather than flashy Boris, his solid tenor voice a beacon of safety and comfort to Kat'á. In a strong cast, also outstanding are Thomas Atkins as Kudrjaš and, also making her house debut, Russian mezzo-soprano Aigul Akhmetshina. This former Royal Opera House Jette Parker artist, who first caught the eye as Carmen, is really going places. 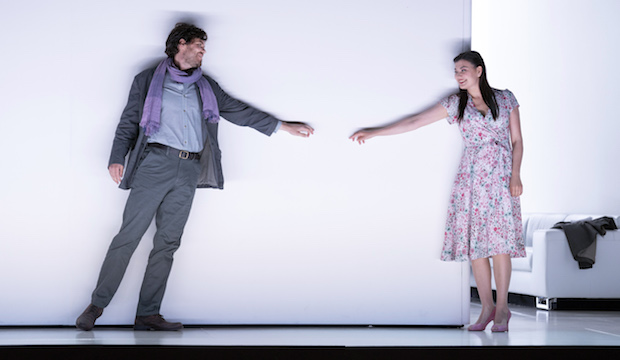 Michieletto, with a good ear for the dance rhythms in Janáček's score, has dancers flesh out the action, free to move when the characters are petrified (choreography by Chiara Vecchi). The London Philharmonic Orchestra under Glyndebourne music director Robin Ticciati does not always have the shimmer that can gleam from this score, but how wonderful to see and hear this ensemble back in action.

Long before curtain up on first night, of course, the rituals began – finding a picnic table (lovely new tables are provided outdoors this year), deciding to go undercover at the first rain (best book a table in the welcome new marquees for safety). Pop! Cheers! Where's the programme?

Maybe it's precisely because Glyndebourne is such a decorous occasion, sporting the best frocks (worn with thermal underwear) and high-end picnics, that its conviviality supports genuine appreciation of some of the unhappiest operas. Glyndebourne has a deserved reputation as a good-time friend, but its history is rooted in music-making and drama at the highest level.

With a look that imprints itself on the memory and exceptionally well-balanced voices, this Kát'a Kabanová joins a long and distinguished roster of productions to look out for again. It would be a good choice for Glyndebourne's annual appearance at the BBC Proms, to be announced next week.

Kát'a Kabanová is sung in Czech with English surtitles. Tickets are available for most performances
by Claudia Pritchard 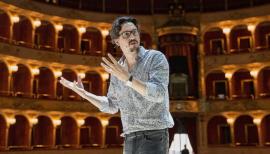