Jog On author Bella Mackie speaks to Culture Whisper about running, mental health and being offered a book deal out of the blue 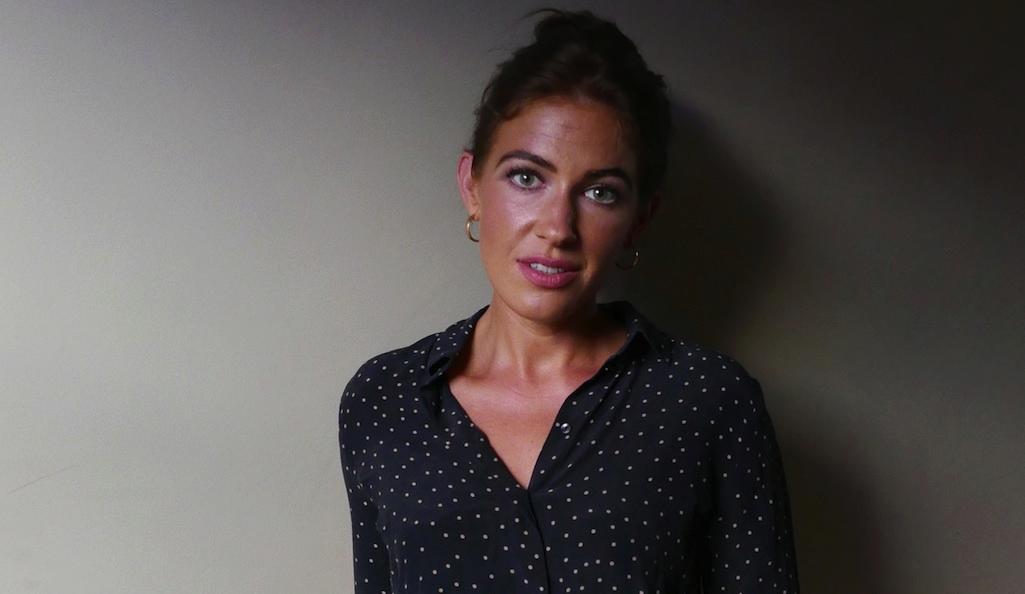 Interview with Jog On writer Bella Mackie (photo credit: Greg James)
It took feeling like she’d reached rock bottom for Bella Mackie to go for her first jog. She’d never been one for strenuous exercise – shying away from activities and places that could provoke her often crippling anxiety – but having watched her husband walk out on their marriage after just eight months, leaving her in a heap on the floor, she knew she had to do something.

‘It seemed like such a strange thing for me to want to do, and yet even as I argued with myself, I was gathering my keys and lacing up my trainers,’ recalls Mackie. Her new book Jog On is an honest and inspiring account of how running helped her overcome anxiety and mentally process the breakdown of her first marriage.

Mackie started small, running for just three minutes in an alleyway close to her home. ‘I knew I didn’t want to do anything in public or with people because I didn’t want to embarrass or expose myself,’ she says. ‘Secondly, like many sufferers of anxiety and OCD [Obsessive Compulsive Disorder] I spent a lot of time locked in my head with negative thoughts. I’d never really done anything that physical before but I thought that if I did, it might give my brain a bit of a break – which turned out to be the case.’ 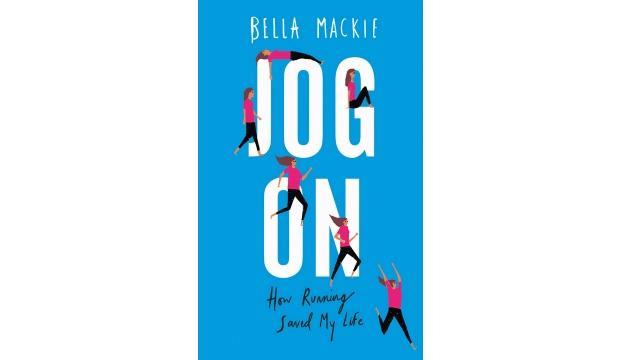 Despite the physical discomfort of it, Mackie returned to the same spot the following day and several more times after that, acquainting her body with the movements and rhythms of running. These short runs became her daily respite from the thoughts of anger and sadness associated with her relationship falling apart.

‘It’s hard to cry when you’re running; I’ve done it, but it’s not easy,’ she laughs.

Although Mackie and her husband had separated, they continued to work for the same company where they sat relatively close to one another, making the breakup all the more challenging to deal with. ‘Running made me feel stronger when I’d been feeling so helpless and it also made me feel a bit euphoric. I don’t like the word empowered but I felt emboldened by it.’

Mackie grew more comfortable with her new-found hobby, challenging herself to complete the NHS’s Couch to 5K programme and exploring new streets further afield. With time, pockets of the city which had previously been no-go areas for her – because the crowds and previous negative experiences triggered her anxiety – became accessible again. ‘Everything around me looked brighter, more welcoming, less sinister… I felt normal,’ she says in Jog On.

That was five years ago. Today, Mackie is a confident runner: ‘Ideally I’ll run 12K, but if I do that every day my knees start giving out so it’s not always possible,’ she says. While for many, motivational music with a quick beat is the tool to a successful run, for Mackie current affairs and deep dive podcasts are best for keeping up stamina (Slow Burn, The Cut and Late Night with Seth Meyers are among her current favourites). 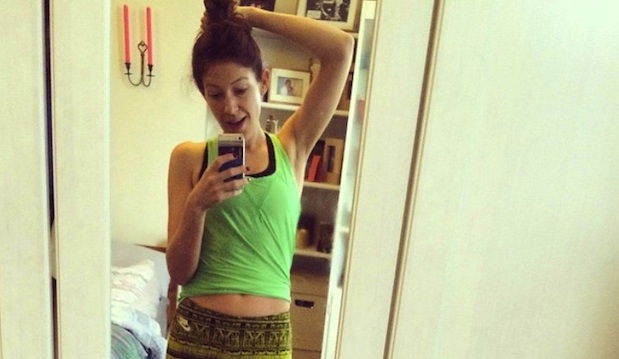 Today, Mackie is a confident runner

At no point did Mackie see herself writing a book about running. She’d written an article about growing to love it for the Guardian , where she’d previously worked in-house as a journalist, but she hadn’t envisioned writing more on it beyond that. Then HarperCollins publishing house got in touch, asking if she’d be willing to write a book about her experiences. At first, Mackie was hesitant. She wasn’t a marathon runner, nor an expert. She could, however, write a running book for others who wanted to give it a go but felt intimidated by the material out there that seemed to focus on coaxing new runners towards an end goal, which was usually running a race and achieving a ‘PB’ (personal best).

Is a marathon on the cards for the writer in the future? ‘I’m not a great communal runner, I’m much better at running on my own,’ she says. ‘I also think the competitive element might take away the enjoyment for me.’ Far more important than the distance for Mackie is a run that takes her past new sites. ‘I got to know London in a way I’d never understood it before. I’ve lived here my whole life but I started seeing things I’d never noticed before on runs,’ she says. ‘I learnt that the city wasn’t scary and dangerous in the way I’d thought it was.’

Jog On is laced with cultural and socio-economic issues – such as girls not exercising enough because of low self-esteem and people of all ages not being able to afford the gym – as well as scientific descriptions of anxiety disorders and the effects of running on the body. It focuses mainly on Mackie’s own story but weaves in the experiences of other mental health sufferers and those who have found similar exhilaration in running. It’s riddled with quotes from other texts, running diary entries, musings on why we run and tips on getting into it – a mix that Mackie says was important to prevent the book becoming too much of a memoir. 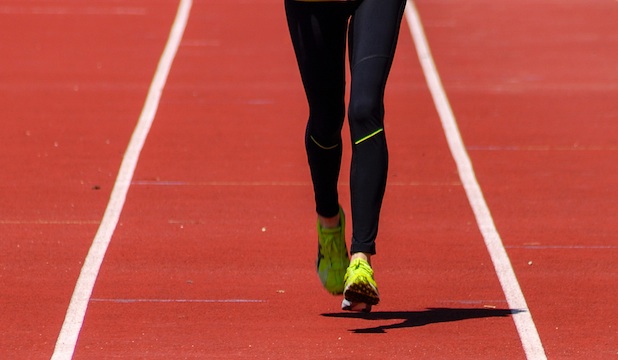 At the same time, given so much of Mackie's narrative is intertwined with her recovery from heartbreak, as a reader you can't help but feel invested in her story, wondering if (and hoping that) she gets a happy ending – whatever that means in the real world.

Following her marriage breakdown, Mackie spent several years uncertain if she’d end up settling down with someone again – something she writes about movingly in her Vogue memoir on being single at 30. ‘I was fine with that because all of the men I was meeting and going on dates with at the time weren’t right for me,’ she recalls. ‘But then I met my current husband [the BBC Radio 1 presenter Greg James] and that all went out of the window a bit,’ she laughs.

As those who follow either half of the couple on Instagram might know, it was Mackie who went against tradition and proposed to James – a feat in the face of the anxiety and low self-esteem which had plagued her previously. ‘I didn’t actually plan to do it. It was during the time of the Beast from the East and he was about to do a cycling challenge,’ she recalls. Concerned over what might happen to James, who was taking on the challenge against the advice of weather reports, Mackie found herself asking him to marry her the night before he left. ‘He said yes but we agreed to talk about it more when he got back,’ she says. ‘I spent the week not sure whether or not he’d actually meant ‘yes’, and then he came back and was like: “of course I meant yes”,’ she smiles. The couple later married in September 2018. 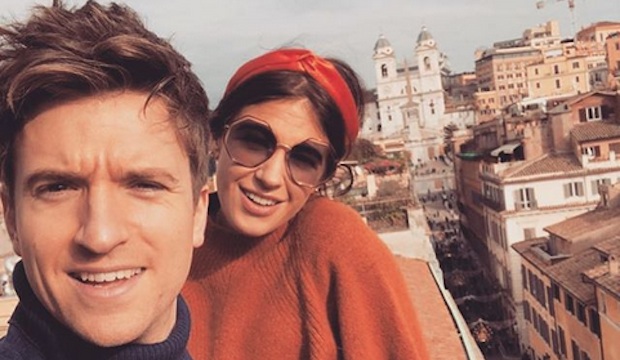 With Jog On published, what’s next for the journalist-turned-author? ‘I’ve started writing a novel which is not about running,’ she reveals. ‘I might try and get back into journalism, too – with anxiety it’s good to be in a full time job. So if you’re reading this and want to give me a job, call me,’ she laughs.

Where do you like to go for coffee?
Pret, because it’s quick. Sorry to be basic.

To eat?
The River Café is my favourite for a celebratory dinner. For something more casual I love Lemonia in Primrose Hill – they do the best Greek food in London – and Ombra, a Venetian-inspired restaurant on the canal in Hackney.

To drink?
Bar-wise, I love the Wigmore at the Langham hotel, but I’m more of a pub person really. My favourite is Tapping the Admiral in Kentish Town. There’s nothing gastro about it but everyone’s local, and they’ve got a fire and a cat.

To run?
I really like running around the City on a Saturday when no one's around. I usually begin at the Tower of London and wind through some of the oldest streets in London. You might end up at Liverpool Street but you’ll run past the craziest, oldest, most beautiful things and there’s barely a soul around. It’s a lovely way to see a part of the city you might not usually go to.

And finally, to relax?
Hampstead Heath is my favourite place to unwind in London and I go there as much as I can. Also John Lewis – I love walking around it with my mum. I think it’s civilisation at its finest.