Your child's favourite Disney characters, from Anna to Moana, are set to glide across the ice at Wembley this April for the Disney On Ice Magical Ice Festival

Disney on Ice is back with its Magical Ice Festival in April 2020, where Disney princesses from Belle to Rapunzel to Elsa and Anna will be gliding across the ice.

The show is packed full of adventure as it follows Moana and Maui on their voyage to return the stolen heart of Te Fiti.

The show will also be touring the UK, with stops in Liverpool, Leeds, Glasgow, Cardiff and Birmingham

Dressing up most definitely encouraged. 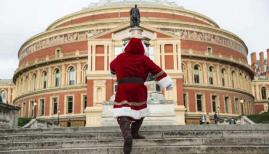 Storytime with Father Christmas at the Hall, Royal Albert Hall 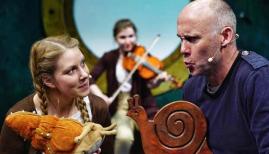 The Snail and the Whale brings the magic of storytelling to life on stage
Sign up to CW’s newsletter
By entering my email I agree to the CultureWhisper Privacy Policy (we won`t share data & you can unsubscribe anytime).