There's a bevy of new pubs offering food a cut above the often underwhelming gastro-style menus. At these public houses, the ingredients are the finest and most seasonal on offer, and the chefs are mighty impressive. And, they still serve a pint and a decent Sunday lunch.

Here are five of the best recent openings. 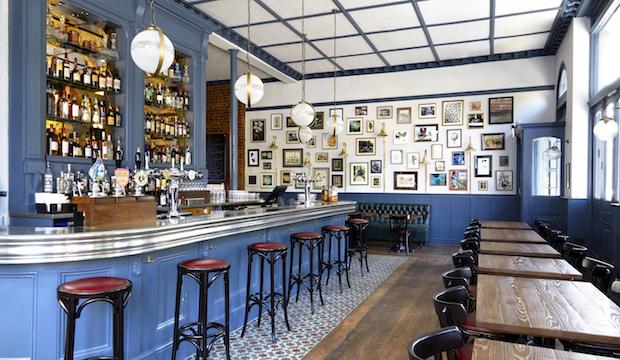 The Francophile chef: Henry Harris and his trio of pubs

British with a French accent: this best describes the cooking of one of London's favourite chefs, Henry Harris, who once ran Bibendum.

Cannily, after the closure of his Knightsbridge Racine, his talents have been snapped up the Harcourt Inns proprietor and Henry is overseeing menus for three classic pubs: Clerkenwell's The Coach (rustic choucroute et al dishes) the City's Three Cranes (grilled meats and fish and excellent Bordeaux wines are the focus) and The Hero of Maida (the most French-focused of the three). Rumour has it that there will be a fourth Chiswick pub soon.

Downstairs at The Hero of Maida (formerly The Truscott Arms) it is definitely more pub, with plenty of customers just popping in for a drink at the bar. Food is served in the banquettes, in the garden, and at a rather grander large dining room upstairs.

It's the kind of menu that is all appealing, a view endorsed by legendary chef Pierre Koffmann who is a regular at lunch. There's likely to be a rustic terrine with cornichons, an autumnal salad of squash, spinach and cobnuts, definitive steak tartare or grilled rabbit leg with fat bacon lardons and mustard sauce.

Dinner for two: £85 including drinks