Portuguese food with a London riff: Leo Carreira's thrilling new take on the cuisine of the moment opens in Bermondsey

After years of being in the culinary backwater, everyone in London seems to be talking about and visiting Lisbon, and its huge gastronomic potential is generating great excitement. Leo Carreira – with his radical take on Portuguese cuisine with a London riff – is likely to be the chef who gets us truly hooked, at his first solo restaurant in the heart of ultra-cool Bermondsey. 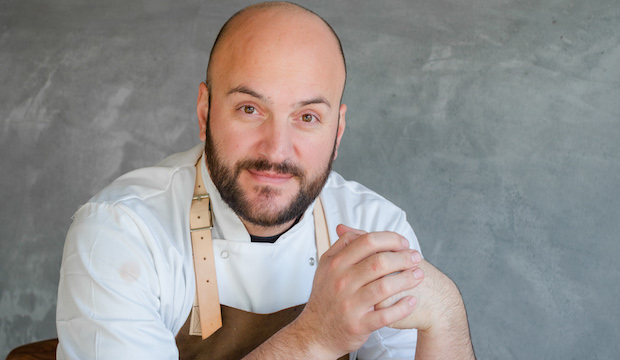 It is Portuguese food but not how we know it. And that's not surprising, as Carreira combines his Portuguese upbringing with years of cheffing in some of the capital’s most coveted restaurants: from Viajante to Lyle’s, and Koya, as well as at Spain’s highly experimental Mugaritz. So there's plenty of inventive technique on display – such as fermenting and pickling – with truly brilliant seafood and much use of British ingredients, alongside references to traditional dishes. Most of all, it is exceptionally delicious.

No wonder the atmosphere is super-charged at Londrino in the first week of opening. It is veritably buzzing with a young hip, well-dressed crowd of foodies, feasting with great animation and knowing they are onto something genuinely different.

The vast contemporary room with concrete walls, traditional tiling and huge open kitchen has an extraordinary chandelier made in a car factory. There's a separate yet connected wine bar space with a proper neighbourhood vibe and counter dining. Here, one can drink white port and tonic whilst feasting on umami rich snacks, including crispy combo and rose shrimps, baby gem with almonds and garlic emulsion, as well as charcuterie and cheese plates. 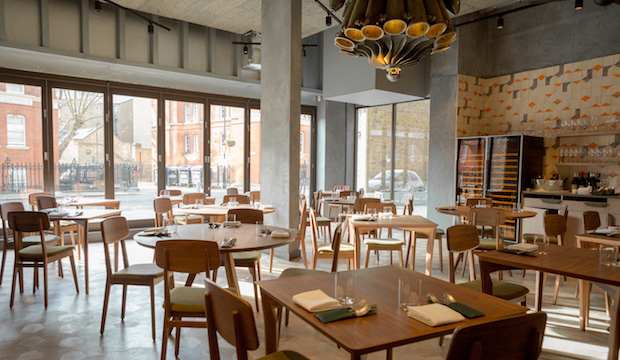 If Cornish mussels are on the restaurant menu, be sure to order them. Served in a simple broth, they're the plumpest and freshest we'd ever tasted. The prawns in a fragrant broth, infused with herbs and served with a Portuguese take on polenta, are equally ambrosial. Vegetarians are well catered for, with dishes such as wild mushrooms and fermented barley, and grated chestnut and confit egg with seaweed butter fermented potato – rather like a very hip take on egg and chips. This is food that is good for the gut and the taste-buds! Unmissable too is the grilled mackerel with seaweed butter infused cabbage. Again, the ingredients shine with little pretension yet incredible care. 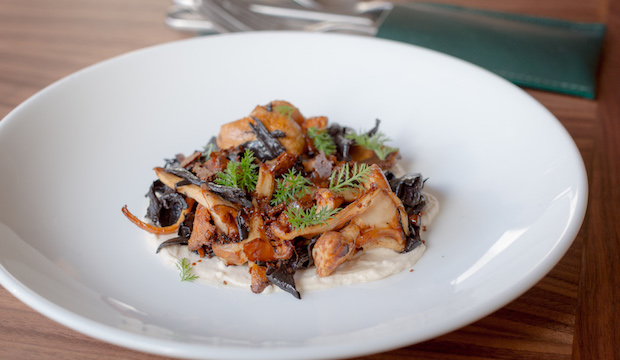 Not for the fainthearted, grilled Barbary duck breasts are served lusciously pink with salty crisp skin. We also love the wafer thin shards of mushroom crisp made with rye and rice flour, served on an intense cep puree.

The soaked brioche with sour caramel and candied nuts was a smash hit at Carreira's pop-up at Climpson Arches and it remains a must at Londrino, deliciously served with nuts and bitter caramel. There are sensational cheeses too – a mix of Portuguese and English – served with an aged pear compote and candied clementines.

We love Cameron Dewar, the significantly bearded sommelier, who has compiled a truly adventurous Portuguese wine list littered with artisan and natural wine producers. We'd advise trusting him to guide you sagely to try something surprising.

Does Londrino live up to all the build-up? We certainly think so.

PRICE: £120+ Dinner for two with wine
Click here for more information and to book 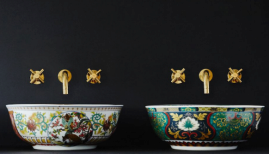