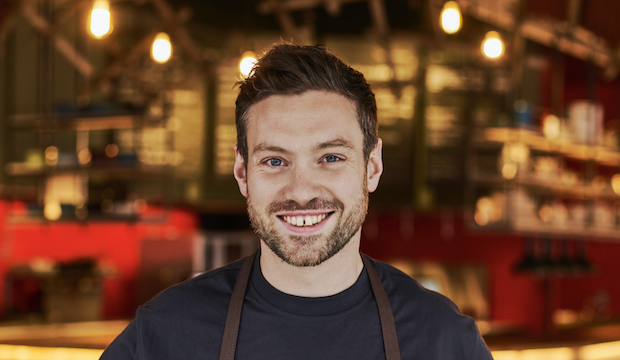 Pleased with his sky-high success, Doherty has planned a frantically busy summer, with a series of pop-up appearances. The chef will be appearing in Taste of London in Regent's Park this June, and later in the month he'll be running a pop-up out of Harvey Nichols. Still at the helm of Duck & Waffle, Doherty has also just opened informal follow-up restaurant Duck & Waffle Local in St James's Market.

TRY CULTURE WHISPER
Receive free tickets & insider tips to unlock the best of London — direct to your inbox
Doherty is occupying the capital's best kitchens and Londoners are booking in a flurry, playing his projects like the world's most delicious game of whack-a-mole.

We sat down with Doherty to find out how he'll keep afloat during his busiest season yet. 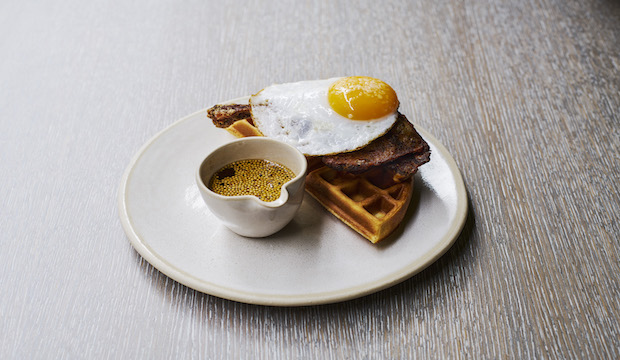 Culture Whisper: Duck & Waffle Local is quite a different sort of restaurant to the flagship. Has it been tricky balancing both?
Dan Doherty: I spend a large portion of my time in at Duck & Waffle Local making sure everyone is settled in and that everything goes well, and then slowly powering back. So about two days in the tower, and the rest of my time is spent in the West End. The food is being served in the same way as in the Heron Tower, so we’re not compromising on quality, and because of that it’s kind of the same process. The chefs have the same process of getting ready for lunch and dinner, but it’s a bit more casual in the way the food is served.

Tell us about your new pop-up, Sprout.
The pop-up is going to be an insight into my solo project, which is called Sprout. It’s going to be like a chill cafe. The backdrop is going to be beautiful plants and pots, working with local florists and ceramic artists. It’s all about building community, and the food is super relaxed and evolves throughout the day – breakfast, lunch, great wine lists.

This is your fifth time at Taste of London...
So by now it’s starting to feel a little bit like a punishment… but it’s the first time Duck & Waffle Local is doing it, and so close to opening. It’ll be exciting to show people what we’re doing there.

You also have a cookbook. Do you plan to take on anything else?
I think just get the restaurants out of the way for now, get everything stable, and then see what happens. 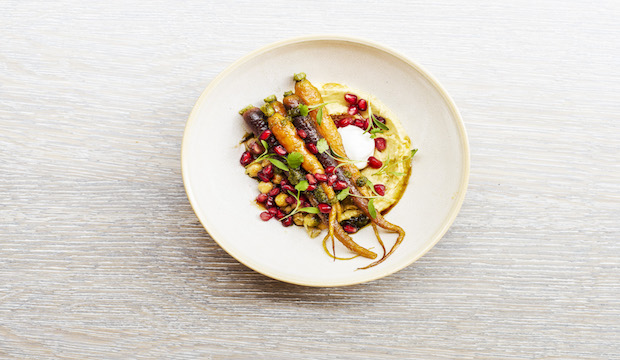 If you could select one dish as being truly, quintessentially British, what dish would it be?
I don’t have to serve it at the restaurant, do I?

No. No pressure.
A full English Breakfast… no, Sunday roast. Sunday roasts are really special, not necessarily because the food is incredible, but because it means a lot to have the whole family gathered and sat around the table.

What do you like to cook for yourself at home?
I love cooking at home more than anything. That’s my favourite time to cook, because you can cook for yourself or someone you care about without all the pressures of the restaurant. I mean, I cook everything but I try to be as healthy as possible at home. I like to prepare slow roasts or chutneys in the morning and have it ready in the afternoon.

Any advice for home chefs?
Just try as much as you can and keep on persevering, because the more you do it the easier it gets.

What's your favourite type of food, for both eating and cooking?
Eating would be Middle Eastern style… the lightness, the richness, how fresh things can be, how spicy things can be. In terms of cooking… I like to cook everything, that’s not a problem. It can be stressful sticking to one thing.

You frequently travel for work, famously flying out to Miami for your first day on the Duck & Waffle job. Have you had any really influential trips in terms of learning about cuisine?
Asia mostly, going to places like India, Bangladesh, Nepal and Southeast Asia… Vietnam... It’s less about the food than it is about the culture: culturally, people respect food. It’s a focal point. Whether you’re rich or poor, food is everything.