44 CW readers are interested
HowTheLightGetsIn Online Festival 2020 HowTheLightGetsIn Online Festival 2020 Holly CW
Who said philosophy had to be humourless? Well, most classical philosophers. Plato condemned comedy as ‘a certain kind of evil’ and Aristotle grumbled that ‘most people enjoy amusement and jesting more than they should’. These days, quick-witted comedy and mental stimulation seem to come hand-in-hand, or at least they certainly do at HowTheLightGetsIn, the world’s largest festival of philosophy, comedy and music.

Like all public events due to take place this month, HowTheLightGetsIn has been cancelled in physical form. But rather than writing off the 11th installment of the festival, the innovative team behind it have put their forward-thinking, solution-finding sensibilities into action, swapping Hereford's Hay-on-Wye for an entirely new digital offering that can be enjoyed from the comfort of our homes. Rebranding as HowTheLightGetsIn Online Festival, the experience is taking place over the same four days in May, with over 100 events set to be live-streamed across its seven stages.

HowTheLightGetsIn Online boasts a similarly stimulating line-up of debates, talks and courses, through which festival goers can expect to hear from the world’s leading thinkers, as well as big name bands and comedy acts. You’ll also have the chance to meet your fellow festival-goers in virtual hangout spaces where you can argue the finer points of philosophy or share your thoughts on what you've heard – who knows, the speakers might even join you.

The theme of the 2020 festival was always set to be Uncharted Territory, but never has this felt more apt than in our current period of great change and uncertainty. Debates announced so far include The Age of Anxiety, in which leading drugs researcher David Nutt, member of the Climate Psychology Alliance Caroline Hickman, and consultant NHS psychiatrist Mark Salter will go head-to-head over the reasons for the current anxiety epidemic.

Another virtual debate not to miss is China: Ally or Threat?, which sees former foreign secretary Malcolm Rifkind, founder of chinadialogue Isabel Hilton and recent Lib Dem leader Vince Cable debate the west’s future relationship with China – especially in the light of the Covid-19 pandemic. Then there’s Sexuality, Power and Pornography, in which comedian Sally Phillips, human rights activist Peter Tatchell, author of Fucking Law Victoria Brooks and robot sex theorist Kate Devlin examine the ethics of pornography, and whether it merely objectifies women or can be a source of liberation. Many more talks, debates and events are still to be announced.

Music might take a backseat to philosophical ponderings and fierce debate at HowTheLightGetsIn, but rest assured a stellar line-up of still-to-be-announced music acts will also be entertaining festival goers from their sofas.

Ready to let the light in? Follow the link below to secure your tickets now. 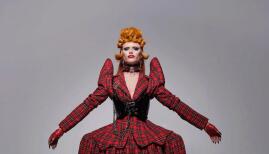 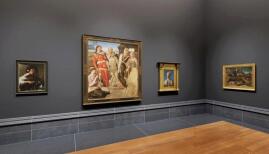