The fashion director's diary: May 2020

A juicy new memoir, vintage Chanel to dream about and a new fashion podcast from an industry legend are on the radar this month – plus the big question: how will the fashion industry rebuild itself? 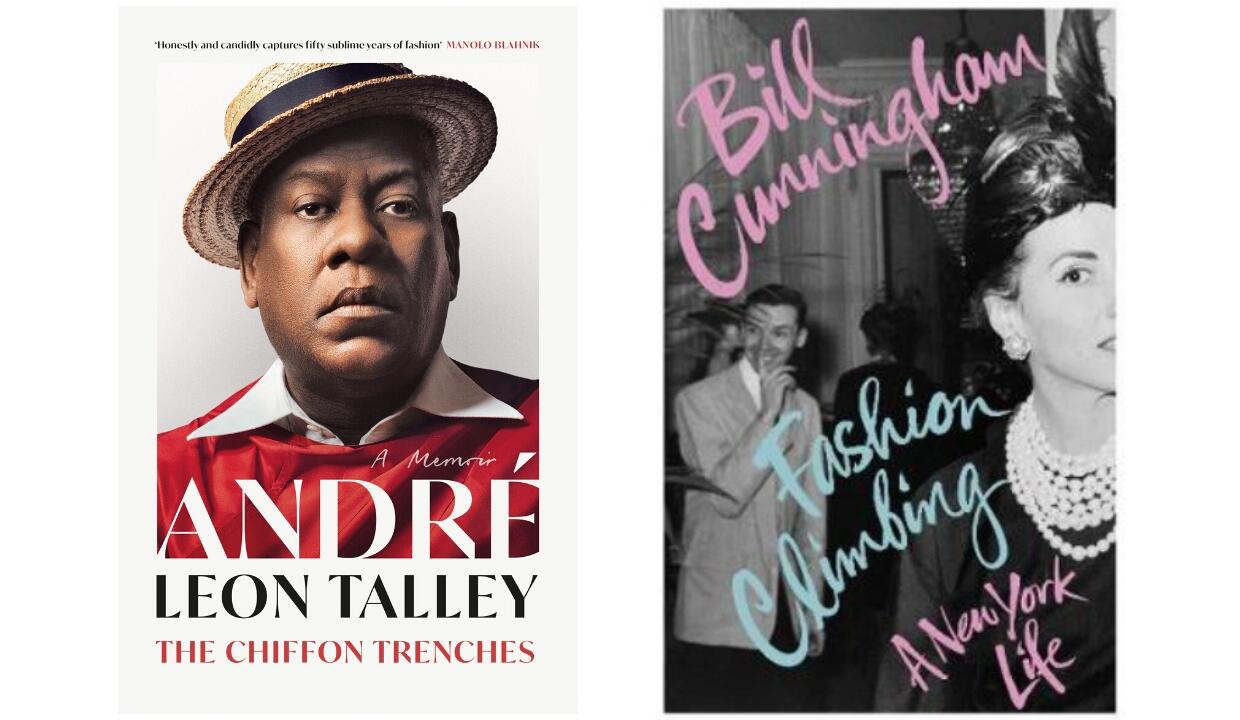 Unsurprisingly, I find fashion memoirs fascinating, but too often they gloss over the details and paint an artificially rosy picture.

Showing promise for a true tell-all (and burning a few bridges on the way) is The Chiffon Trenches, the new memoir from André Leon Talley, whose former role as editor-at-large of American Vogue went hand in hand with a spot in Anna Wintour's inner circle.

Whether he fell from grace or was pushed is a 'he-said-she-said' affair, and while Wintour will no doubt stay tight-lipped on the subject, Talley has set out his side of events in a new memoir, excerpts of which indicate that he'll reveal as much about the friends and enemies he has made along the course of an illustrious career in fashion.

If you're after more fashion truth-telling, Bill Cunningham’s your man. Cunningham's memoir Fashion Climbing (posthumously published in 2018) details his long career in style: starting as stock boy at Boston department stores, later becoming a milliner and then, when hats had had their day, becoming a fashion critic.

As well as a wonderfully natural style of prose that brings him briefly back to life, the memoir is telling for the way he rips apart the smoke and mirrors of the fashion industry, and how the business of looking good is built on plenty of bad behaviour. 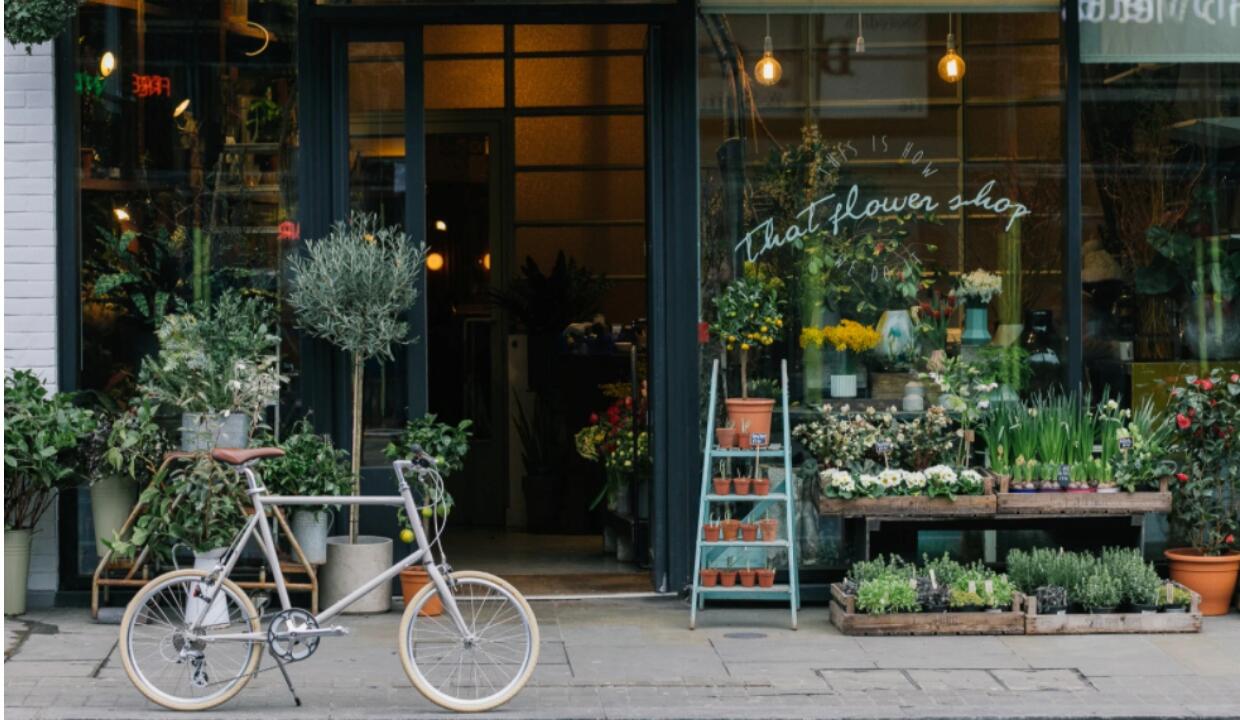 Like many a journalist, there’s nothing that motivates me like a looming deadline. So the fact that 1 June could see life start to return to normal has me lacing up my trainers and pounding the pavements in an effort to work off the extra indulgences and home comforts that have made the last few weeks more bearable.

The longer summer evenings and quieter roads have also inspired me to get back on my bike – a sentiment I’ve noticed echoed by others keen to avoid public transport when they return to offices later this summer.

My trusty steed has been rather neglected in recent years though, so I’m looking to upgrade and have been eyeing up a tokyobike. The whole range is designed specifically for city cycling with compact wheels, lightweight frames and efficient acceleration. I'll be adding a new bike helmet to my basket too, and mitigating its damage to my hairdo by donning a bright headband on arrival. 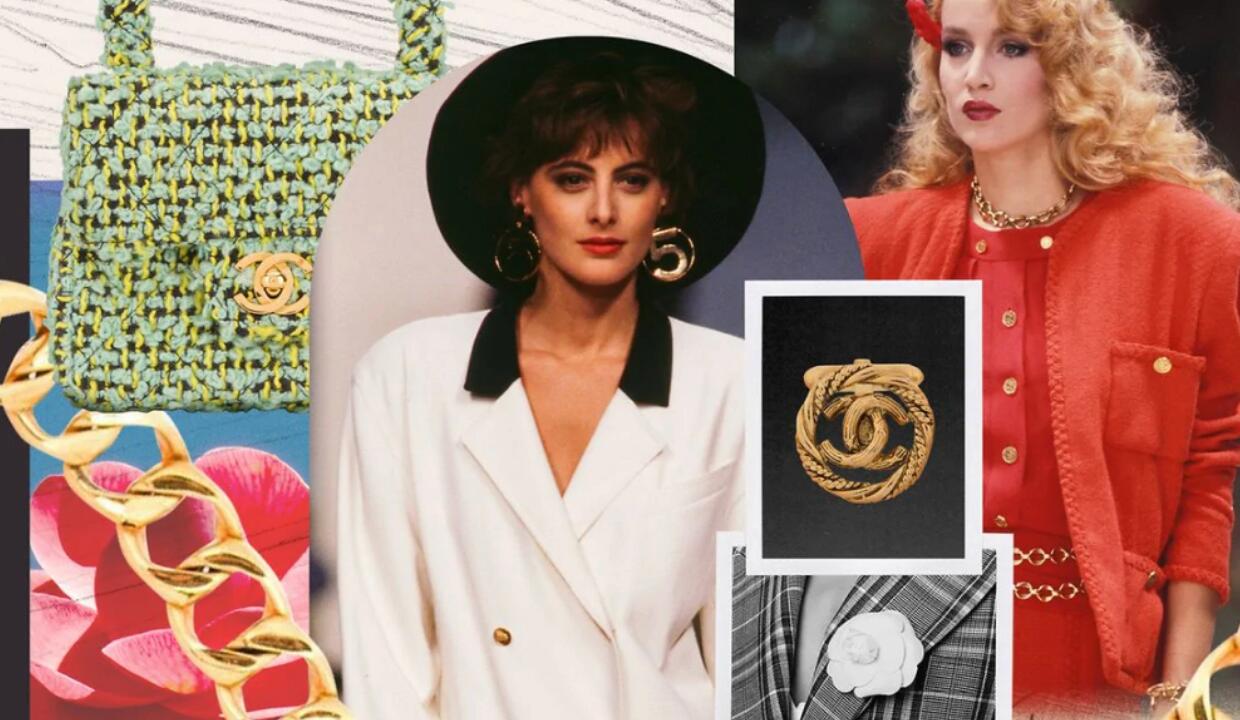 An archive to aspire to

Chanel is probably the most important women's designer brand in the world; a label that has captured the imaginations of multiple generations and become an emblem of discerning luxury. So what could be better than Chanel?

Why, vintage Chanel of course, an impressive archive of which has just gone on sale through Rewind, a London boutique that specialises in pre-owned luxury goods from only the most select labels.

Taken from the collection of Catherine McNulty, a glamorous socialite who collected rare Chanel pieces, the classics are all here: quilted handbags, cardigan jackets and medallion belts. ‘These pieces belonged to one of the loveliest and most stylish clients we’ve ever had,' Claudia Ricco, Rewind founder and CEO told Farfetch.com which is hosting the sale. 'She led a very glamorous life and had exquisite taste. When she passed away, her collection was offered to us.’

I might just be window-shopping right now, but I can't help but lose myself in scrolling the sale, imagining not only the past life of these pieces but the future they might have. 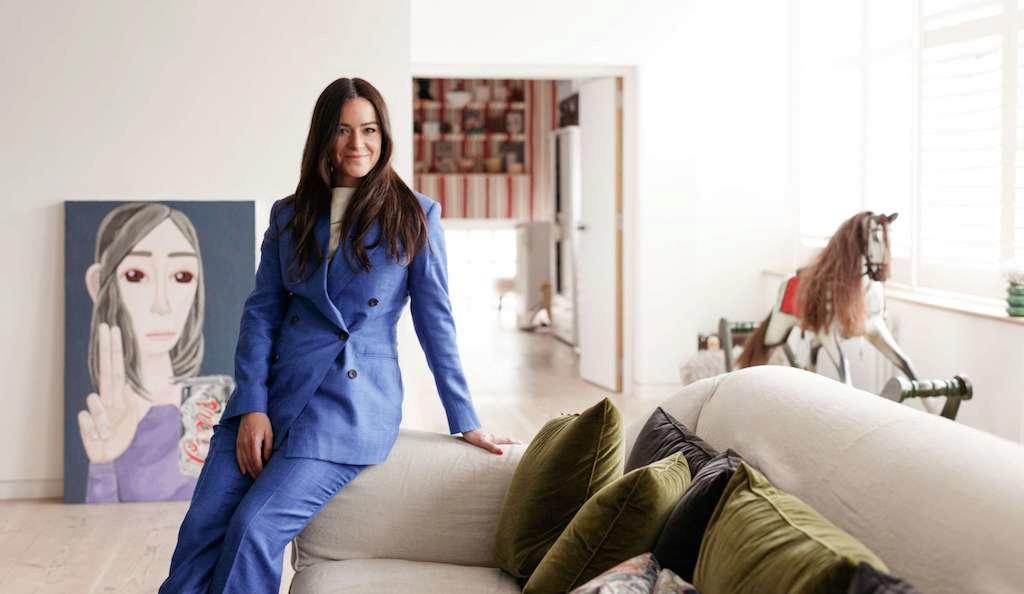 In the last few weeks, the fashion world has come together like never before, and there are a host of wonderful initiatives that allow us to support fashion creatives and charitable causes at the same time.

A steady stream of charity clothing sales are slated for the coming weeks, too, with celebrities and influencers donating from their own wardrobes. Forget the naff bring and buy or jumble sale, these are a chance to bag a fashion hit rather than sift through unloved cast-offs.

Luxury resale site Cudoni is hosting a sale in aid of Women's Aid, which goes live at midday on Friday 15 May with items donated by Pandora Sykes, Alexandra Shulman, Laura Whitmore and other illustrious names. Items include a red Alexander McQueen cocktail dress (£180), a blue Rixo dress (£180) and a red and white Ganni jumper (£150) with 100% of the proceeds going to the charity.

The #SheInspiresMe Car Boot Sale was due to be held in the Brewer Street car park on 16 May, but due to social distancing it has now been redesigned as a virtual auction taking place on Instagram instead.

Check out the @womenforwomenuk Instagram account for the schedule of sales from the likes of Alex Eagle, Jasmine Hemsley, fashion consultant Mimma Viglezio and fashion PR director Zoe Kuipers, while brands include Jimmy Choo, Monica Vinader, Kitri Studio and 111SKIN. 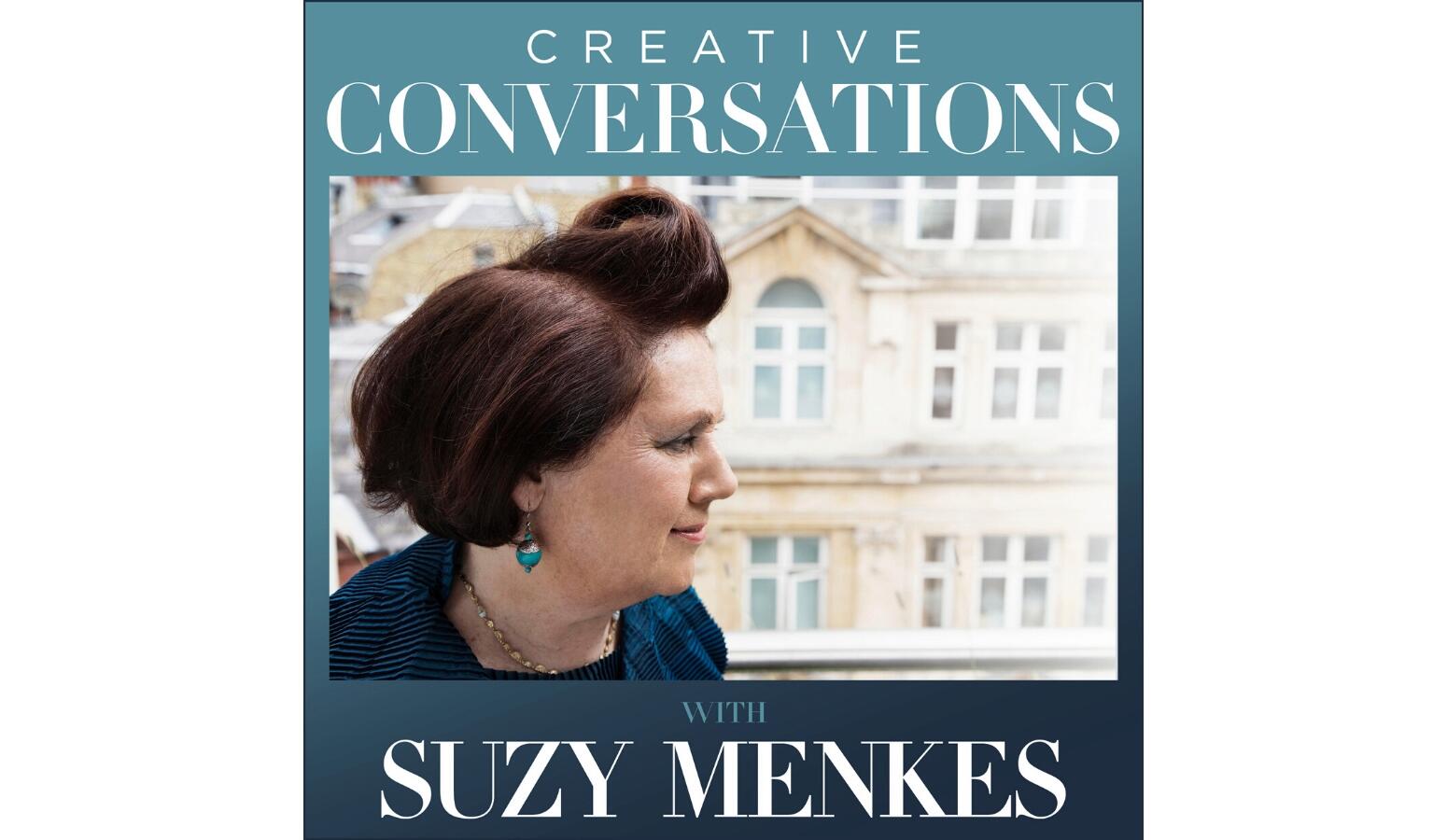 It's something of a joke that self-isolation has brought out the latent podcaster in too many people with nothing to say. But if there's one woman whose voice is very welcome in the crowded realm of podcasting it's Suzy Menkes, the venerable fashion journalist and editor of Vogue International who has cultivated some of the strongest relationships within the industry over a six-decade career.

Expect an in-depth, well-researched and often surprising line of questioning of high-profile guests who so far have included Maria Grazia Chiuri of Christian Dior, Alber Elbaz, Stephen Jones and Olivier Rousteing of Balmain. New episodes are released every Tuesday, and I can't wait for each to arrive on my phone. 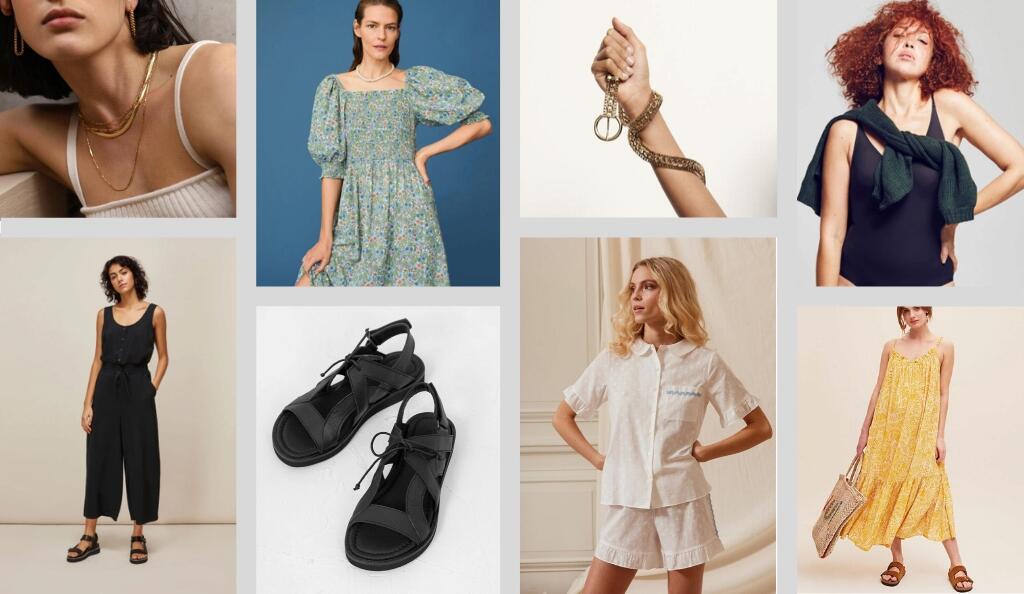 Warming up to summer styling

Perhaps it's the monotony of a life spent mostly within the same walls or the hard-to-resist lure of the summer sales, but I've found myself shopping a lot more than I usually would and, when I do go out, putting thought into my outfits again, just for the fun of it.

Whether you're looking for a pick-me-up or something practical, fashion has become a lifeline for many of us: a link to less scary times, a belief in a brighter future, something to savour when getting dressed in the morning.

With warm weather and the occasional shower set to continue this month, summer staples are top of my wish list, plus a few showerproof pieces for good measure. 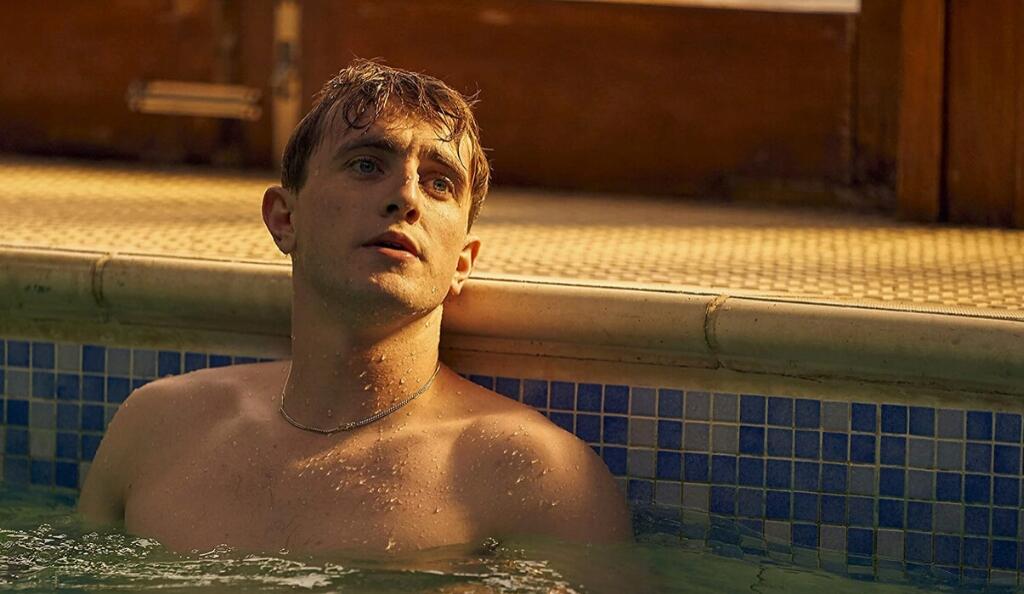 Everyone's talking about Normal People, the sublime BBC adaptation of Sally Rooney's hit novel. And while much has been said about the performances, the cinematography and the tenderness on screen, one piece of jewellery caught my eye. And I'm not the only one, as 'Connell's chain' has become something of an internet sensation with an Instagram account of its own. And little wonder: he wears it very well.

While fashion is a serious business, it has a fluffy side, too, and it's lighthearted moments like these, especially in the face of such testing times, that can bring people together and make the world seem like a smaller, less scary place.

The future of fashion

Coronavirus has had a huge impact on the fashion industry and retailers including Warehouse, J.Crew and Neiman Marcus have gone into administration or filed for bankruptcy. But the cracks were apparent long before the first Covid-19 case was reported.

Much comment has been generated on quite how broken the fashion system is, yet any attempt to redress the balance such as 'see now, buy now' collections or designers eschewing the February/September fashion shows has so far failed.

It takes courage to challenge the status quo, even when it's not working, so bravo to the collected designers, buyers, retailers and creatives who have come together to say 'enough is enough'. Two important statements of intent have been published recently (an open letter and #rewiringfashion facilitated by the Business of Fashion), looking to use this period of pause for good and redress the balance of an industry that has run away with itself.

As well as questioning the future of the fashion show it could put an end to practices that mean seasonal clothes arrive in store at the wrong time, are deeply discounted early and leave buyers, designers and press – not to mention customers – exhausted by an endless churn.

It will be interesting to see how this plays out and whether the big luxury stables and high-street retailers will sign up to this new vision as it will take a concerted effort to turn the tide. But if ever there was a time to make a change, that time is now.

It's likely that the impact of coronavirus on fashion's retailers will last long after lockdown has been lifted, Even after non-essential stores are allowed to reopen it's highly likely that there will be a reduced number of international visitors to London in the months to come, which impact the department stores and boutiques of the capital, which have become important cultural landmarks in their own right.

But, business needs to go on and the strange times in which we now live means many retailers are fighting for survival and they're sure to use one of the tried and tested methods of driving sales: discounting.

The spring sales have long been a chance to boost your summer wardrobe with discounted designer wares, and this year the discounts are set to be even deeper. Click here for the Culture Whisper guide to the fashion sales on now, and starting soon.